In a landmark meeting with representatives of the LGBT rights group LEGABIBO, Botswana President Mokgweetsi Masisi vowed to protect LGBT persons’ human rights and to fully implement the recent historic court ruling that upheld the decision to decriminalise same-sex intimacy between consenting adults. 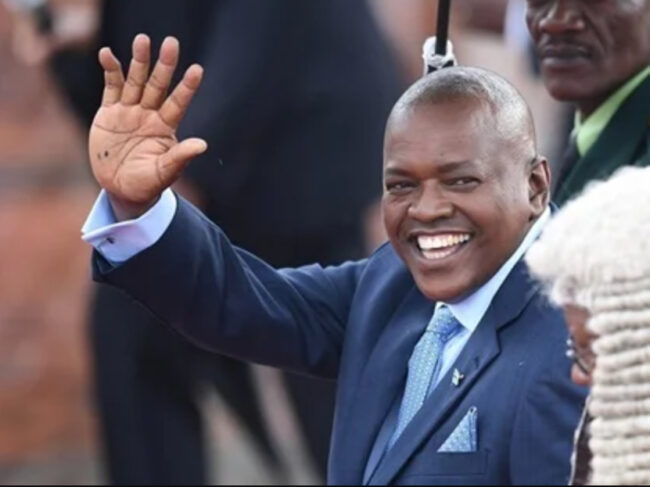 Botswana President Mokgweetsi Masisi: “My job is to protect you and everybody else.” (Photo courtesy of AFP)

As AfricaNews points out, five years ago the human group had to go to court to circumvent a government ban on its existence. In 2019, the court in Botswana’s capital, Gaborone, ordered that laws punishing same-sex relationships be amended, calling them “relics of the (British) Victorian era” that “oppress a minority.”

“Please know for the record, you are fully embraced. Fear not, my job is to protect you and everybody else,” said Masisi during his meeting with the human rights organisation.

Masisi said that his appeal of the court ruling that had overturned Botswana’s anti-homosexuality law was motivated by political concerns and not by animosity towards them, recalling that “we live in a rather conservative society.” That appeal was rejected in November.

“We do applaud you for being the first president to openly and freely highlight that people in same-sex relationships in our country do exist and that there are those who are violated and have suffered,” said Thato Moruti, chief executive officer of LEGABIBO (Lesbians, Gays & Bisexuals of Botswana). Moruti called the meeting a “step in the right direction”.

Of 54 African nations, 32 have anti-homosexuality laws and 22 do not. Botswana is one of the few  that have repealed or overturned such laws. Others are Lesotho, Mozambique, Angola and the Seychelles. South Africa is the only African country that allows gay marriage, legalized in 2006.

This article is an edited and expanded version of coverage in ILGA’s LGBTI News of the World and in AfricaNews.