Gay rights activists in Uganda recently joined the United States government in celebrating 19 years of Pepfar, the U.S. President’s Emergency Plan for AIDS Relief, a program that represents the single largest commitment by any nation to address a single disease in history. 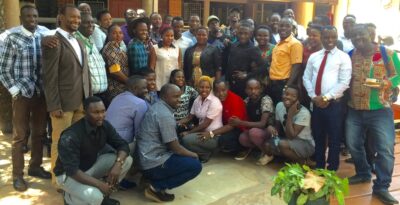 Gay rights and Key Populations human rights defenders at a 2017 meeting in Kampala, Uganda, on the right to health. Pepfar has played a pivotal role in giving life-saving care, treatment and support for left-behind,criminalised populations in Uganda. (UhspaUganda photo)

Through the work of Pepfar, the lives of more than 21 million people worldwide have been saved through access to timely health care, treatment and support. Through the program, the U.S. government has invested nearly $100 billion in life-saving HIV interventions in 50 countries.

In Uganda, Pepfar has been at the forefront of offering life-saving interventions to the Ugandan LGBTI community, and beginning discussions on health as a human right. It has opened avenues for civic organisations to engage directly  with the United States government on key human rights. Its policies have helped reverse what had been rising levels of HIV in Uganda. 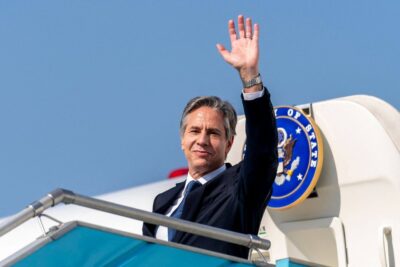 The official celebration of Pepfar was on Jan. 28, which was when Antony J. Blinken, the U.S. Secretary of State, tweeted:

“Today we celebrate 19 years of @PEPFAR’s life-saving impact. PEPFAR has saved 21 million lives, transformed the global AIDS response, & helped form the backbone of Africa’s #COVID19 response. We remain committed to the important work that lies ahead to end AIDS.“

On Jan. 28, 2003, President George W. Bush announced the plan for Pepfar, stating: “We must remember our calling, as a blessed country, is to make the world better.”

Four months later, Congress authorized the first $15 billion with overwhelming bipartisan support that has continued to this day, notes the U.S. State Department.

In celebration of Pepfar’s anniversary, the Uganda Health and Science Press Association, which advocates for the right to health for LGBTI Ugandans, tweeted:

“…we remain grateful to the kind support of the American people to save lives. Yes, Pepfar has saved many Ugandan lives …..esp pipo who had been socially pathogenised as not worth living [because] of who they love. Thank you,”

Ms Peace Baguma, a publicly HIV-positive human rights defender in Kampala, said, “Pepfar has really helped us a lot. [Without it] I would not be living now.”

She said Pepfar has equipped civil society with knowledge about health rights, which has enabled advocacy for an increased Ugandan health budget to benefit Ugandan citizens.

“In a way, Pepfar is a flagship programme for US overseas development aid,” said Daniel Bakka, a human rights defender. “It’s immediate. It’s personal. I get my ARV medicines from a Pepfar-supported clinic.”

However, a transgender sex worker, who asked to remain anonymous, said that Pepfar should do better: “They still discriminate against sex workers. They don’t want to hear that sex work is work. But we get ARVs from their clinics.”

Some of the members of the Uganda Key Populations Consortium, who benefit from Pepfar’s work in support of improved health-care access for people who suffer from discriminatory government policies that put them at heightened risk of HIV. (File photo)

In Uganda, Pepfar has undergone numerous shifts in policy, but currently is an inclusive and life-saving partner of the LGBTI community.

By 2017, among African countries where Pepfar worked, Uganda  was one of a few with rising rates of HIV infection. A   Ugandan government report (obtained and discussed  by the Erasing 76 Crimes news site) indicated that Uganda’s HIV burden had risen from 1.4 million people infected in 2013 to 1.5 million in 2015.

That study, the Uganda HIV and AIDS Country Progress Report by the Uganda AIDS Commission, focused on the period from July 2015 to June 2016. It assessed the first year of implementation of Uganda’s National HIV/AIDS Strategic Plan (NSP).

LGBTI Ugandans suffered from the biggest burden of the HIV pandemic due to harsh, hostile laws and social stigma, which bar gay people from access to health services due to their actual or suspected sexual orientation or gender identity/expression. Reports showed a 13 percent HIV prevalence among men who have sex with men (MSM)  as compared to 7.3 percent in the general population, in that year.

The understanding then was that the U.S. State Department had to abide by the host country’s requirements not to give health care for homosexuals.  However, due to persistent engagement, the U.S. government shifted its position and allowed discussions of policies that would provide health care irrespective of whom one loved. Today, Pepfar in Uganda is open to working with key populations most at risk, including LGBTI people, in the fight against HIV/AIDS.

As a result, Uganda is reporting a declining HIV rates in the population, although LGBTI people still bear the greatest burden of HIV due to the society’s repressive attitudes toward them. 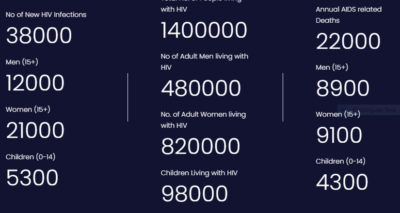