A South African LGBTQIA+ activist was stabbed to death on Sunday, March 20, allegedly because she spurned a man who proclaimed his love for her. 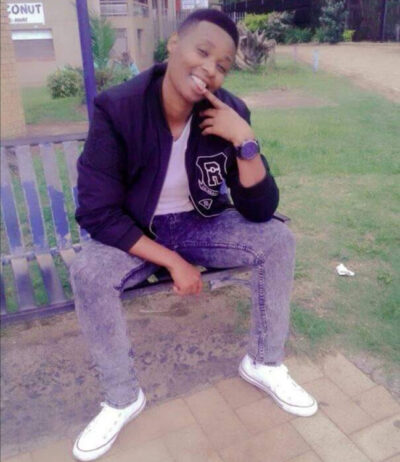 The murder of Pinky Shongwe, 32, of Umlaz, KwaZulu-Natal province, was condemned by Nonhlanhla Khoza, member of the provincial executive council with responsibility for social welfare. She deployed social workers to help Shongwe’s family cope with her brutal death.

“It is alleged that Shongwe was stabbed several times by an unknown perpetrator who proposed love to her. When his proposal was turned down he allegedly stabbed her.

“It is shocking that in a country such as ours we still have so much intolerance.

“We became the first country to constitutionally protect its citizens against discrimination based on sexual orientation and the fifth in the world to legalise same-sex marriages. However, we continue to see horrible incidents and attacks on people in the LGBTQIA+ community,” Khoza said.

She urged people to be more tolerant, saying no-one had a right to discriminate against anyone based on sexual orientation.

“We cannot claim to have freedom while some sectors of our communities live in fear of constant attack.

“We have an increasing number of people who have been murdered because of their sexual orientation. The list of victims of homophobic violence and murder increases daily.”

Shongwe will be buried in Gcilima village in the Ugu district on the KwaZulu-Natal south coast.

Editor: This article is reproduced from the Sunday Times of South Africa on the worrying trend of LGBTIQA+ people murderers in that country.  Read the original Sunday Times article here.

The African Human Rights Media Network recently ran article about that spate of murders, including all the names of LGBTIQA+ people in South Africa who were killed in 2021 alone. You can access that article here.