Jacob Oboth Oboth, Uganda’s homophobic State Minister for Defense, has resigned his position to allow him join the race to become Speaker of Parliament, following the death of Speaker Jacob Oulanyah. Oboth Oboth last year proposed that  homosexuals be listed in a national sex offenders directory, 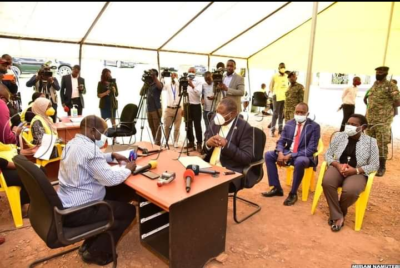 In Kampala on Tuesday, March 22, Jacob Oboth Oboth (in front of the desk, with white mask) is registered by party elections leader Tanga Odoi (in striped shirt) as a candidate for the position of Speaker of Parliament. (Photo courtesy of The New Vision)

The position fell vacant on Sunday morning with the demise of Speaker Jacob Oulanyah in the United States, where he had been flown for treatment. 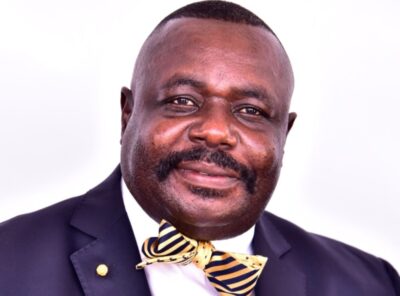 “Countrymen and Countrywomen. It is with a lot of sadness that I announce the death of the Rt. Hon. Jacob Oulanyah, the Speaker of Parliament,”  Uganda President, Yoweri Museveni tweeted Sunday.

If Oboth Oboth becomes Speaker, he could spark a new round of agitation for anti-LGBT legislation in the country. Oboth Oboth has  encouraged President Yoweri Museveni, so far unsuccessfully, to assent to the Sexual Offences Bill 2019 that was passed last year.

Oboth Oboth, who is also the Chairperson of the Parliamentary Affairs and  Legal Committee, stated last year that the names of convicted homosexuals should be entered for life in a publicly accessible sex offenders registry that would be created by the Sexual Offences Bill.

The database, according to him, would be hosted by the National Identification and Registration Authority (NIRA) and would be accessible by security agencies, health insurance companies, schools, landlords, banks, and the general public.

Since last year, gay rights activists in Uganda have asked President Yoweri Museveni not to assent to the bill.

Sexual Minorities Uganda (SMUG), the umbrella organization for lesbian, gay, bisexual, transgender and queer organizations in Uganda, issued a statement on Twitter last Wednesday, expressing concern about the bill, which would expand the criminalization of gay sex that already exists in the Ugandan Penal Code.

SMUG noted that the new bill would criminalize “the private lives of adult and consenting same-sex loving persons.” Clause 11 would criminalize and ban the “penetration of another person’s anus with a person’s sexual organ or with any object,” as well as “sexual acts between persons of the same gender.”

“SMUG is concerned that the Bill will enhance the already homophobic environment in Uganda and consequently lead the way for further violation of the rights of sexual and gender minorities, including violations such as ‘corrective rape’ and other acts of violence,” the statement says.

SMUG has called on President Museveni not to assent to the bill and for other government bodies to fight the legislated discrimination. The President has not yet assented to the bill.

The contest for speakership 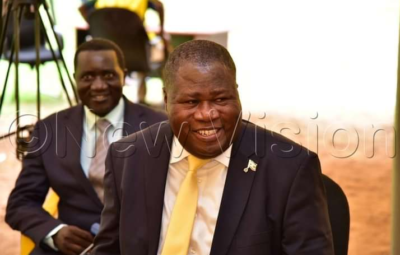 Jacob Oboth Oboth attended the ruling NRM secretariat meeting in Kampala on Tuesday, where he was nominated for Speaker. (Photo courtesy of The New Vision)

The ruling National Resistance Movement party on Monday invited its members interested in vying to become Speaker of Parliament to submit applications to the party’s electoral commission for consideration.

The developments come on the backdrop of efforts to ensure the next speaker of the Ugandan parliament is elected on Friday.

Local media are reporting that, to ensure this, the NRM caucus in parliament is expected to meet on Thursday to elect the party’s flag bearer ahead of the March 25 vote by MPs.

Several people had been expected to join the race for the Speaker’s position. They included current Deputy Speaker Anita Among and  the homophobic former Speaker, Rebecca Kadaga, who was instrumental in passing the infamous Anti-Homosexuality Bill that was passed but later annulled in 2014 by the Constitutional Court. But according to the later reports,  Kadaga has decided not to run.

Government Chief Whip Thomas Tayebwa, Theodore Ssekikubo and Abdu Katuntu are among the other people who have been expected to vie for the position. On Tuesday, however, Tayebwa declined to join the race.