Professional soccer/football player Idrissa Gana Gueye, a practicing Muslim from Senegal, sparked controversy when he refused to play with the rest of his Paris Saint-Germain team while wearing a rainbow-themed shirt in support of the International Day Against Homophobia, Transphobia and Biphobia on May 17. In an interview, Senegalese LGBT rights activist Souleymane Diouf came to his defense. 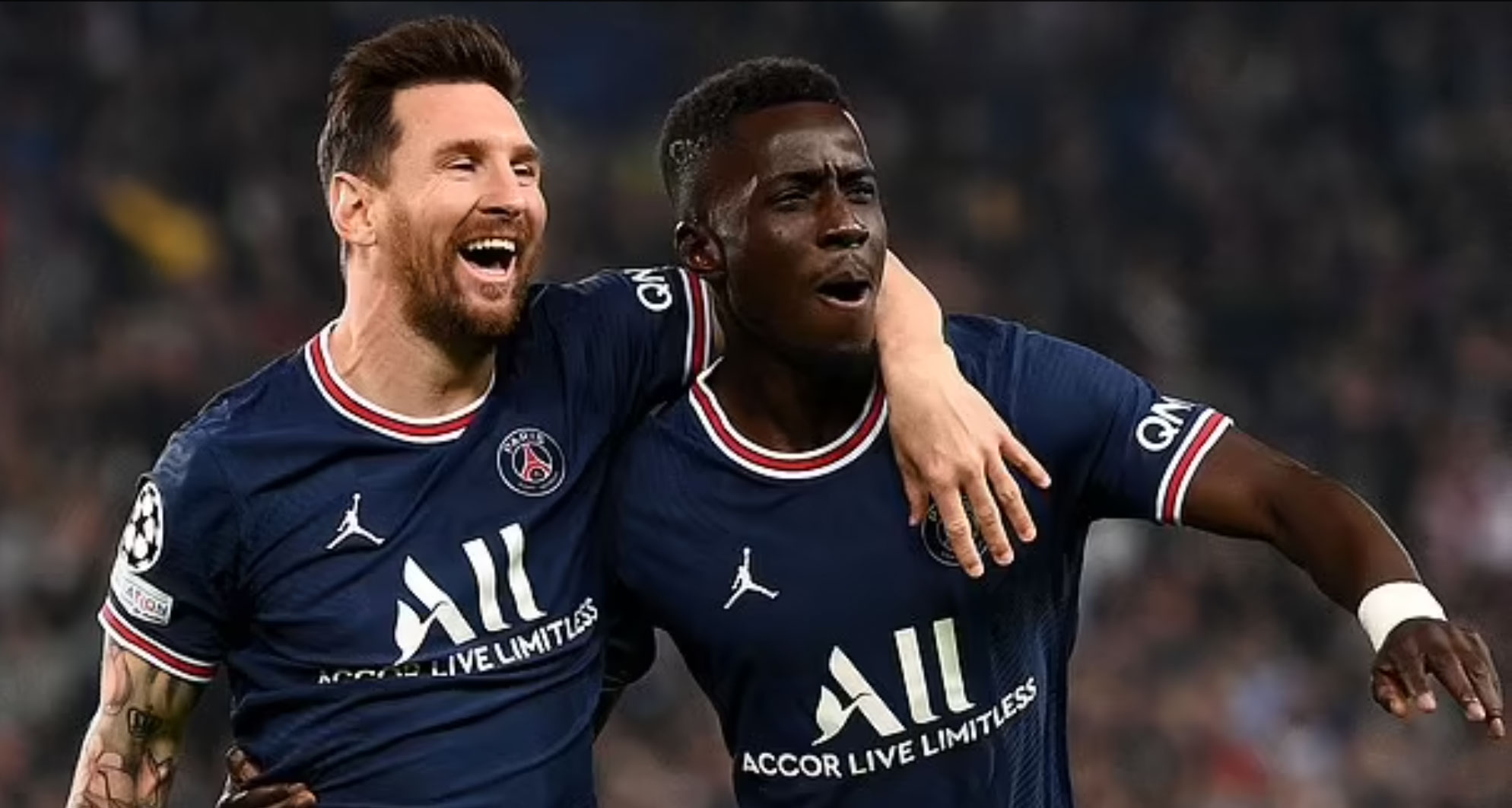 Souleymane Diouf (a pseudonym), leader of the LGBTQ rights group Collectif Free du Sénégal since 2020, was interviewed by Erasing 76 Crimes.

Souleymane Diouf:  The LGBTI community in France lives in relative security and has no idea of the degree of homophobia that is currently rampant in Senegal. In my opinion, the “affair of the PSG rainbow shirts”, with the refusal of the Senegalese national, Idrissa Gana Gueye, to wear them, illustrates not the homophobia of the professional footballer dictated by Mohammedan religious convictions, but rather a choice of caution, given the virulence of homophobic pressure groups in Senegal and the notoriety acquired by the player, following the recent victory of the national team, during the African Cup of Nations, last February. 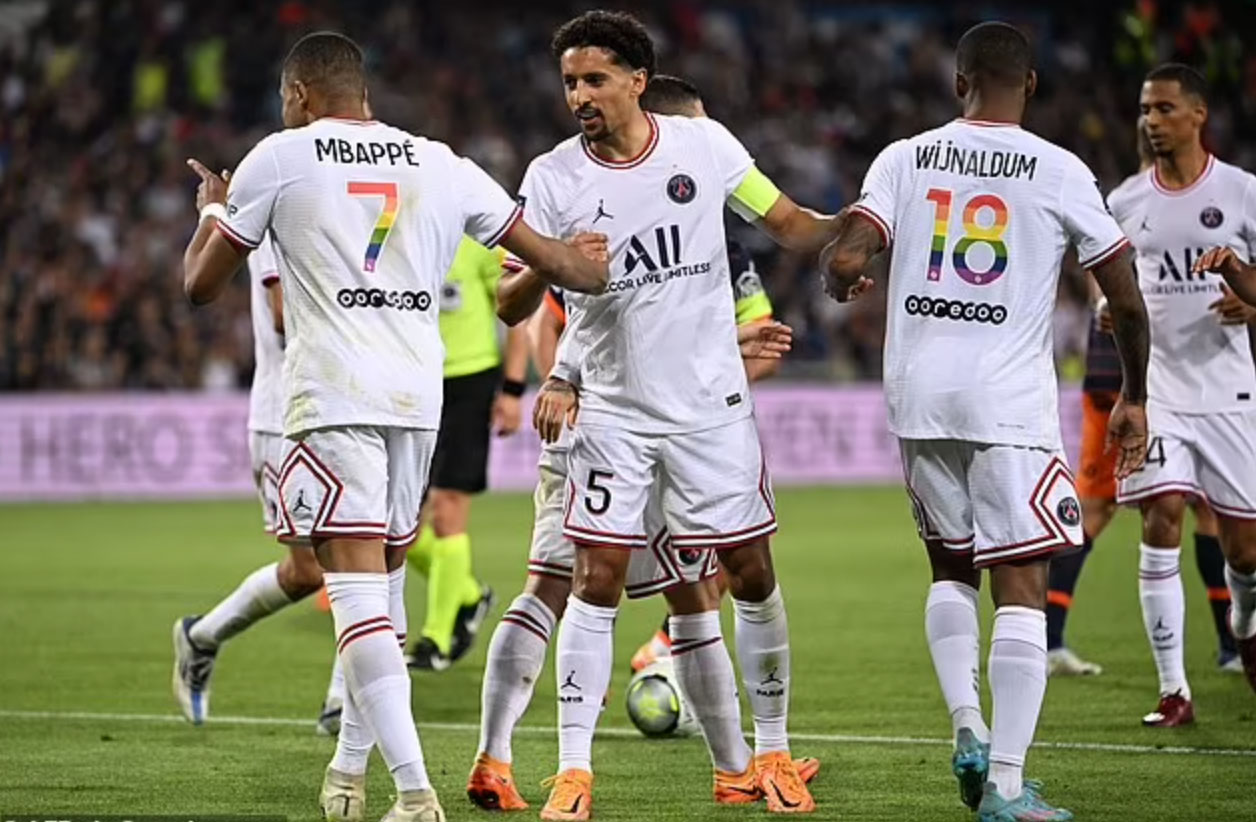 The Paris St. Germain team wore rainbow-themed jerseys on May 17 in recognition of International Day Against Homophobia, Transphobia and Biphobia (Photo courtesy of Getty/AFP)

Maybe I’m wrong, but the fact that all of Senegal knows where his family lives must have weighed in the balance. In Europe, Idrissa Gana Gueye may not be very courageous, but in Senegal, wearing a jersey with a rainbow design would have greatly harmed and compromised his chances of being selected for the next World Cup to be held at the end of the year in Qatar — another country that is not very gay-friendly. In his place, I would probably have done the same thing and I refuse to blame him.

Many Senegalese have had to leave the country for having the courage to boldly express a viewpoint that is perceived to be favorable to LGBTI communities. Even today, the same people who applaud Idrissa Gana Gueye with both hands would have condemned him if he had worn the jersey of his teammates. I am thinking in particular of Abaabakar Mbuub, the leader of And Samm Djikko Yi [a Muslim anti-LGBT organization in Senegal whose name means “Together for the Preservation of Values” in the Wolof language].

Also, this case reveals what seems to me to be an export of homophobia outside the borders of Senegal, as well as the fact that it is also exercised or weighs on the shoulders of heterosexual public figures such as Abdou Diallo [a teammate of Gueye’s both in Senegal and Paris St. Germaine who publicly supported Gueye’s position].

Finally, I deplore the instrumentalization of Idrissa Gana Gueye’s Islamicity, around questions related to Africanity, Senegality or the values of equality and non-discrimination in the French Republic.

Islam is being made the one and only key to understanding the refusal of Idrissa Gana Gueye, on the grounds that he is black, foreign, immigrant, pious and religious. In short, he is seen as sufficiently integrated [into French culture and values]. This is astonishing to me.

In France, there is a lack of interculturality due to a lack of knowledge of African realities and this type of polemic is the result.

To support the online petition of the Collectif Free du Sénégal for an inclusive Senegal without discrimination: https://allout.lgbt/senegalhumanrightsfrfbo (in French)

Individuals and organizations wishing to contact the Collectif Free du Sénégal can write to the following email address: [email protected].

The author of this article, Moïse MANOËL-FLORISSE, is an African-Caribbean online journalist keeping an eye on human rights abuses in French-speaking areas.