The UNITY umbrella organization of Cameroon’s varied LGBTI rights advocacy groups has elected a new board after a spirited campaign. “We all won,” said Sandrine Ateh, the newly elected vice-president, referring both to successful candidates and to those whose campaigns fell short. 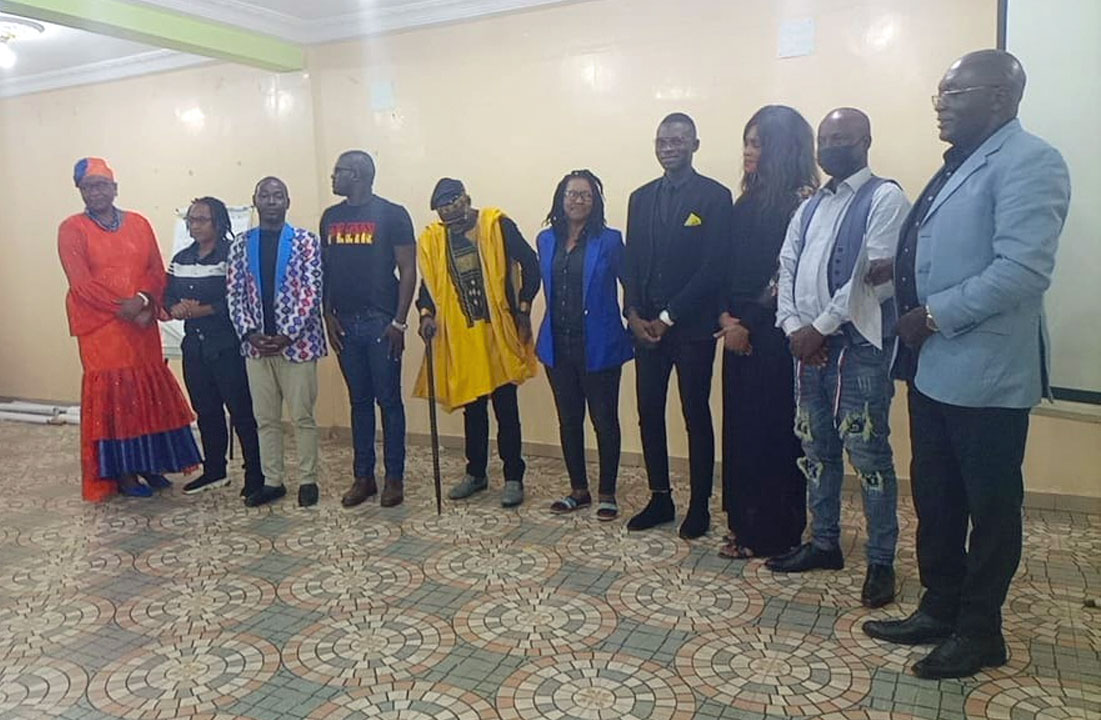 The new leadership of the UNITY Platform poses for a photo with supporters after this month’s election.

“I congratulate all the candidates and candidacies presented,” she said. “This shows the desire and willingness to be part of the central piece of the puzzle. I congratulate the organizing committee for the professionalism and transparency of these elections. No one here is a loser. No one.”

Its main mission is to encourage collaboration among organizations that defend the rights of LGBTI people, to strengthen their operations, and to carry out advocacy to government decision-makers and strategic partners.

Logo of the UNITY Platform

During the three-year period of 2019-2022, UNITY’s leaders have sought out partners to support the organization’s work, increased its visibility in Cameroon, and helped to improve structure of member organizations.

On May 13, a general assembly brought together all of UNITY’s member organizations to evaluate the achievements of the outgoing board and to elect new officers for 2022-2025.

An independent committee of  two experts, Mrs. EVA ETONGUE and attorney Michel TOGUE, were in charge of the elections.

Each candidate had five minutes to present their case to the audience.

At the end of the elections, the new board of directors was installed, consisting of

“I hope that we have recovered from our emotions. It was a magical moment and one that will be remembered as one of the marks of the 2022 Unity Platform by these elections rich in emotions.

“I would like to congratulate the outgoing board for its work. No human work being perfect, you gave the best you could. I congratulate all the candidates and candidacies presented. This shows the desire and willingness to be part of the central piece of the puzzle. I congratulate the organizing committee for the professionalism and transparency of these elections. No one here is a loser. No one.

“We can be disappointed but we will always have opinions to give and constructive contributions to make for the good functioning of our dear Unity Platform. To the new office of which I am now a part (thanks to you), I wish us a lot of concentration and solidarity, I beg us to remain serene.”

Michel ENGAMA, president of the UNITY Platform, who was re-elected to this position, said:

“I would like to sincerely express my gratitude to all the member organizations that gave their time during the three days of the meeting…  I come here mainly to express my gratitude to all the organizations that have voted for me …. and have once again placed their trust in me …. because despite the fact that this election was eventful you have insisted on renewing your trust in me…

“For this reason I say thank you ….. For those who did not vote for me, I also say thank you and that the fight will continue with them because I am, I will be and I have always been the president of all, despite our differences and differences… Naturally the fight goes on.”

If you want to keep being informed with articles like this one, donate to the St. Paul’s Foundation for International Reconciliation, a U.S. tax-exempt charity that is our financial sponsor. All donations go to support LGBTQ rights advocacy journalism.