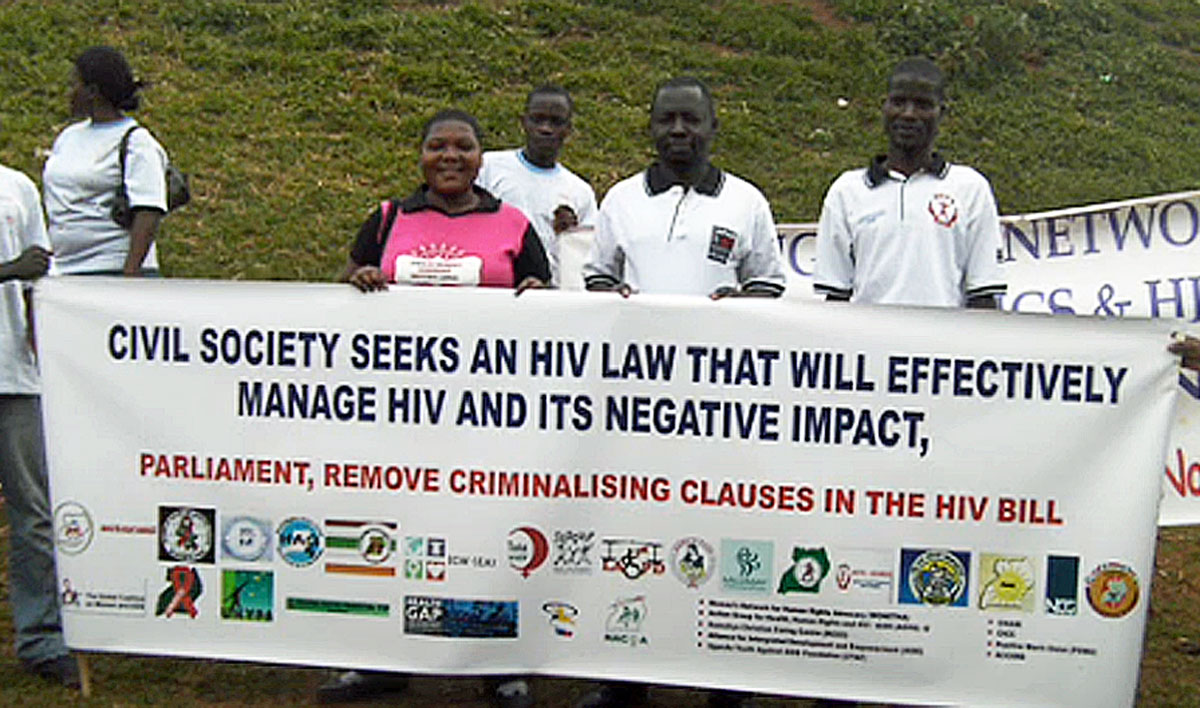 Members of the HIV Law Coalition hold a banner during World Aids Day 2013 to urge Parliament to pass a fair law. (Photo courtesy of UhspaUganda)

The Uganda Network on Law Ethics and HIV/AIDS (UGANET), leading a coalition of more than 50 civil society organisations, is challenging the HIV/AIDS Prevention and Control Act 2014 which they allege is discriminatory and an impediment to the fight against AIDS.

The law also criminalizes HIV transmission, attempted transmission, and behavior that might result in transmission by those who know their HIV status. Ugandan LGBTQI+ rights activists filed petitions to the Ugandan Parliament when the the bill was being considered.

“We respectfully disagree with the legal arguments by respondent in opposition to this petition. We consider them to be misleading and, at that, a mis-appreciation of the legal common law principles upon which this constitutional petition is premised,” reads the activists’ closing argument.

The petitioners note that the government has not refuted their medical and scientific evidence about the unfair and discriminatory nature of the law.

“We therefore invite the court to find the petitioners’ scientific and medical evidence in several affidavits as regards ‘the science of HIV’ is neither challenged nor controversial,” the petitioners’ closing argument reads.

The petitioners’ lawyer, Onyango Owor, says they now will await the Constitutional Court ruling. Their case was originally filed in 2016 and has dragged on for close to seven years.

Uganda is preparing a bid to host ICASA, an African continental HIV/AIDS and STI summit next year. 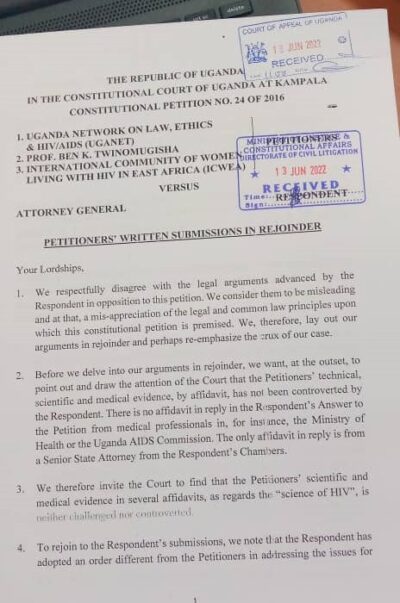 Petitioners’ filing argues against making it a crime for one person to transmit HIV to another, even unknowingly.