Eleven Cameroonian lawyers have formed a new organization, the Commission of Lawyers for the Assistance of Key and Vulnerable Populations (CAP), to help improve access to justice for vulnerable people, including the LGBTQI community. 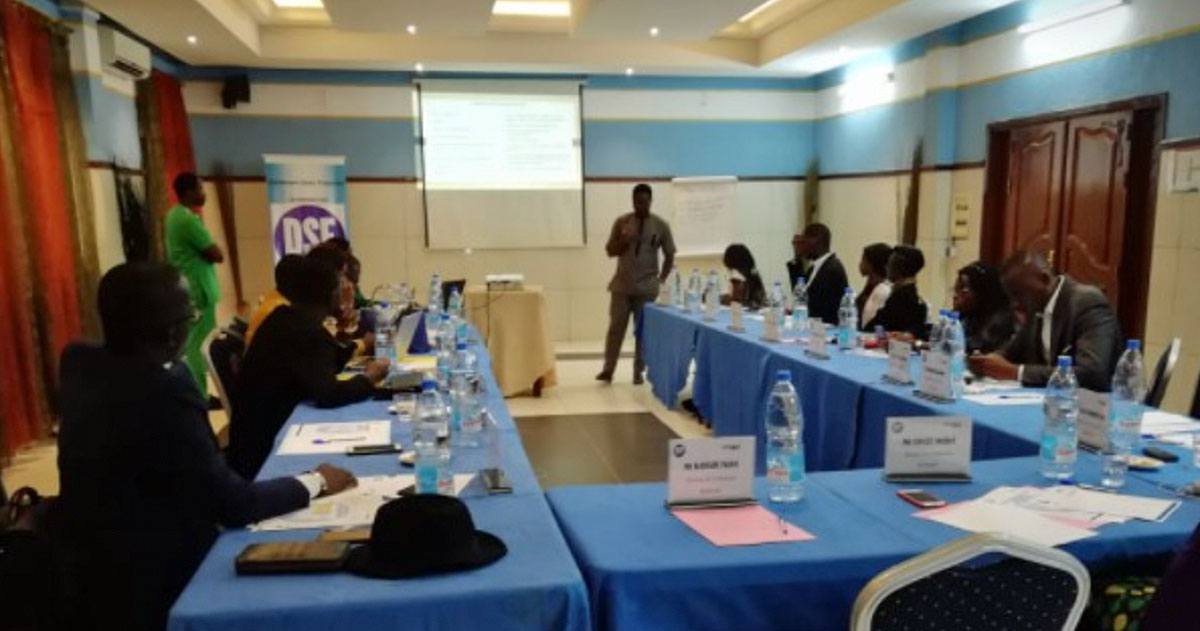 The July conference where CAP was founded.

CAP was formed at a conference organized by Défenseurs Sans Frontiers (Defenders without Borders – DSF) and Frontline Aids in July in Cameroon following the release of a report by New Human Rights, which called for a more accessible justice system.

The report had revealed that almost 50% of respondents believe that Cameroonian justice is terrible, and almost 70% said they do not have easy access to justice.

Logo of Defenders Without Borders (Défenseurs Sans Fronières, or DSF)

S.A., executive coordinator of DSF, told the conference about two preparatory workshops with lawyers and several consultation meetings with the Cameroon Bar. The first workshop (July 12-13), aimed to draw the attention of lawyers to the difficulties faced by key and vulnerable populations in accessing justice in the legal system. The second workshop (July 14-15) aimed to find workable solutions and form the CAP.

The conference discussed how improving access to justice in Cameroon aligns with the 2030 UN Agenda for Sustainable Development action item “A world of universal respect for human rights and human dignity, the rule of law, justice, equality, and non-discrimination.”

Key and vulnerable populations identified in this context include LGBTQI and people living with HIV/AIDS. Specific barriers to justice for these target populations in Cameroon include incessant  discrimination and stigmatization, and a lack of financial resources to afford legal services.

C.R., executive director of the advocacy group New Human Rights, stated in an interview that other serious difficulties vulnerable populations face include arbitrary arrests, administrative delays, challenges in accessing judges, and prolonged pre-trial detentions. She said that alternative sentences exist (Community Service, the probationary period) but are not always applied, and denounced the absence of an effective national mechanism for the prevention of torture.

CAP pledged to work to provide free legal assistance and a fair trial to vulnerable populations across Cameroon, and advocate for reducing administrative delays and ensure fair trials. They also pledges to continually evaluate their actions and readjust strategies on the ground as needed.

Ghislain J. Nkontchou, the author of this article, is a human rights activist from Cameroon who is currently a graduate student in international affairs at Baruch College in New York.