Twitter’s chaotic staff cutbacks, including emptying its one office in Africa and firing human rights staff, could cause serious damage to LGBTQ Africans, activists warn. 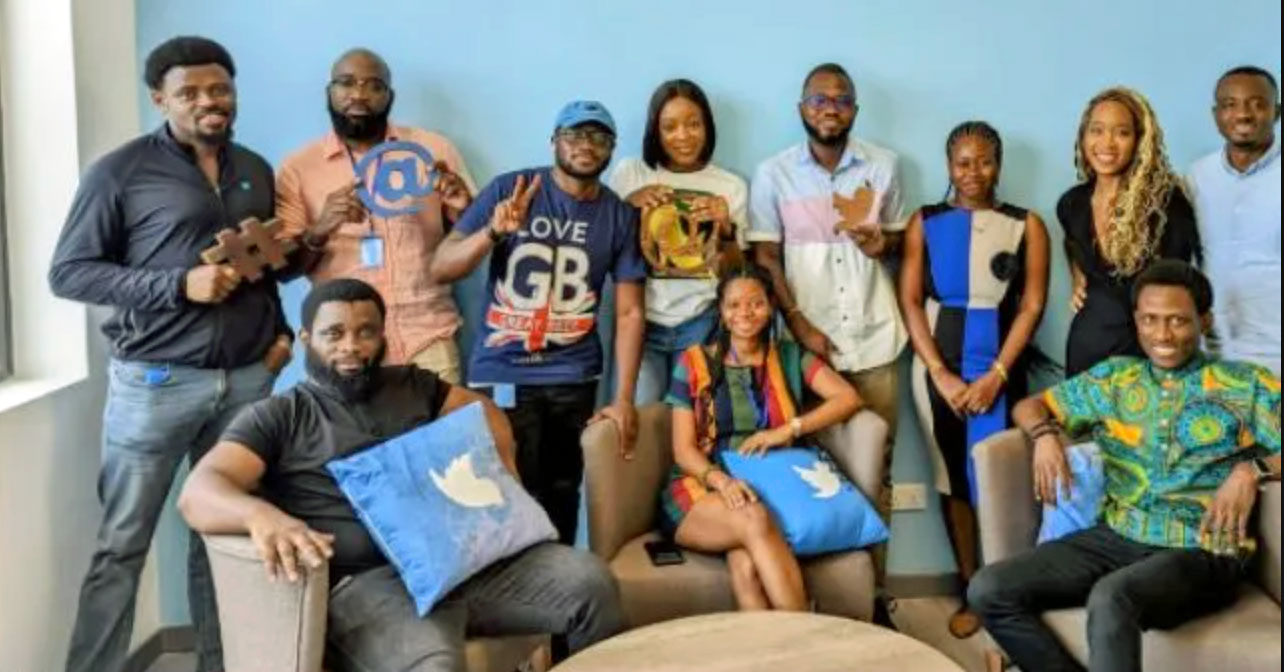 Twitter staff in Ghana before the layoffs. (Photo courtesy of Tech Cabal)

Not that Twitter was doing a great job before Elon Musk took over and began disassembling the social media giant.

Digital and human rights campaigners have warned that Twitter’s decision to fire its human rights team will have “serious consequences” on LGBTIQ+ and civil rights in Africa, openDemocracy can reveal.

The warning comes days after the social media site laid off most of its staff in Africa, despite having promised a “long-term commitment to the region” when it announced it was opening its first African office, in Ghana, last year. …

Campaigners told openDemocracy that the removal of the human rights department will have “serious consequences for the civic space”, and could leave LGBTIQ communities vulnerable to prosecution in countries where same-sex relationships are outlawed. …

The increase in recent years of African governments shutting down the internet as a way to control their citizens is alarming. The “absence of independent oversight mechanisms further exposes citizens, state critics, journalists and opposition actors to the whims of state interests,” said [research and communications expert Juliet] Nanfuka told openDemocracy.

In Ghana, an anti-LGBTIQ bill currently before Parliament has exposed the country’s queer community and activists to waves of homophobic attacks, including media disinformation, police raids and kidnappings. Online spaces like Twitter had become the safer alternative for rights organising, but there, too, the community has been met with threats and anti-LGBTIQ+ misinformation.

“The Twitter human rights department was important in handling cases related to safety concerns,” said a spokesperson for Rightify Ghana, one of the country’s most visible LGBTIQ+ organisations on the platform. “Now we don’t know what will happen if we find homophobic threats and disinformation on Twitter.”

“If the bill is passed, both traditional and new media platform owners and users could be liable for prosecution,” Rightify Ghana told openDemocracy. “Even with a human rights team, we were still concerned about whether Twitter would share our information with the government if the bill is passed. Now, without a human rights team, it could be worse.” …
..
Rights activists have long pointed out the weaknesses in social media platforms’ moderation of hateful content – especially in non-English languages mostly spoken in the Global South.

For Rightify Ghana, Twitter’s in-app system for reporting hateful anti-LGBTIQ+ content “didn’t work for us like we wanted, as we reported many cases and no action was taken”, according to the group’s spokesperson.

Working directly with the now-scrapped Twitter human rights team, the organisation saw how the platform responded to their safety concerns. “Sometimes people make hateful posts in the local language and Twitter may find nothing wrong with it,” the spokesperson explained.

The group recommends tech giants invest resources into “hiring or partnering with locals to help them identify offensive or hateful posts not made in languages their platforms know”.

Two reports published by the Global Project Against Hate And Extremism (GPAHE), a US-based global monitoring group, this year found anti-LGBTQ+ conversion therapy disinformation is “distressingly easy to find online” – especially in languages other than English. The group also found that tech giants including Twitter had failed to clamp down on anti-LGBTIQ+ conversion therapy disinformation on their sites.

Heidi Beirich, one of the reports’ authors and a co-founder of GPAHE, told openDemocracy the layoffs of the human rights team are “essentially a disaster”. …