The Canadian embassy in Cameroon has honored the human rights work of Michel Engama, who is president both of both the LGBTI advocacy group Camfaids and of the Unity coalition of 34 Cameroonian LGBTI rights groups. 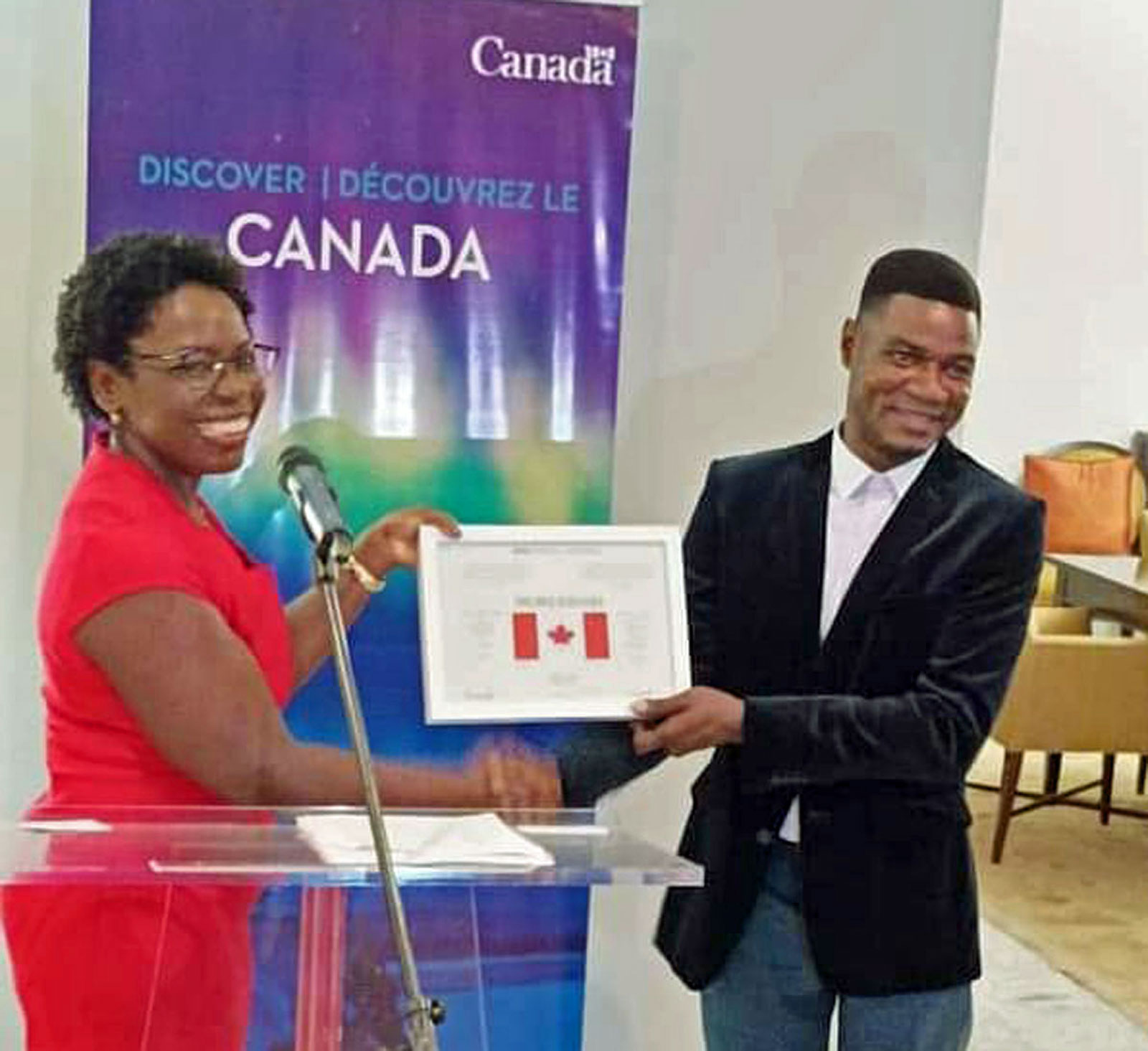 On Dec. 10, World Human Rights Day, Lorraine Anderson, the Canadian high commissioner in Cameroon, stated: “It is important to commemorate this day, December 10, and the laureates that we have chosen reflect that. They worked in order to promote dignity and justice in Cameroon.”

She added that the Canadian High Commission will work hard with its partners in order to make a difference in Cameroon.

“On International Human Rights day, we celebrated the important work that human rights defenders do!

Logo of the Cameroonian Foundation for AIDS (Camfaids)

The award was a breath of fresh air for the sometimes unrecognized work of human rights defenders in Cameroon, despite the difficulties.

It is a true joy for the whole Camfaids team, who never stop taking risks on a daily basis to promote and respect human rights for all and those of sexual and gender minorities in particular and who see this award as a fruit of their hard work.

Recognized for his abnegation at work, Michel Engama is a valiant soldier for human rights in Cameroon. Since the creation of Camfaids in early 2011 in the city of Yaoundé in Cameroon, he has made the fight against HIV and against arbitrary arrests, physical and verbal aggression and  family rejections of LGBTI people his reason for living. This sort of dehumanization, accompanied by homophobic misinformation, generate the greatest difficulties for vulnerable people, yet he has always known how to welcome them and support them.

He is a defender of human rights is advancing knowledge and his work to objectify inequalities of treatment and relationships of domination as well as prejudices which, in employment in particular, seriously compromise the equality in dignity and rights that the law imposes regardless of personal characteristics and differences in situation.

What better victory for our mission in this field than the recognition of a job well done for a cause so sensitive to condemn the homophobic discrimination suffered by these people without rights?

I hope and anticipate that the new generations will raise the banner of human rights and fundamental rights at the beginning of a new historical cycle in which they will be the pioneers, but also that new spaces of freedom will open up, such as the improvement of the legal status of defenders throughout the world.

The alerts that this human rights defender issues have no other ambition than to keep the flame alive and to maintain a high level of awareness of these vital issues for our democracies and freedoms. Today, the most acute and controversial questions are related to our competence in the field of security ethics.

My first wish is that our mission in this respect is well understood and accepted.