Pope says homosexuality not a crimew

Pope Francis this week called for the repeal of laws against homosexuality.

To get email notices of new articles, subscribe for free in the box at right. 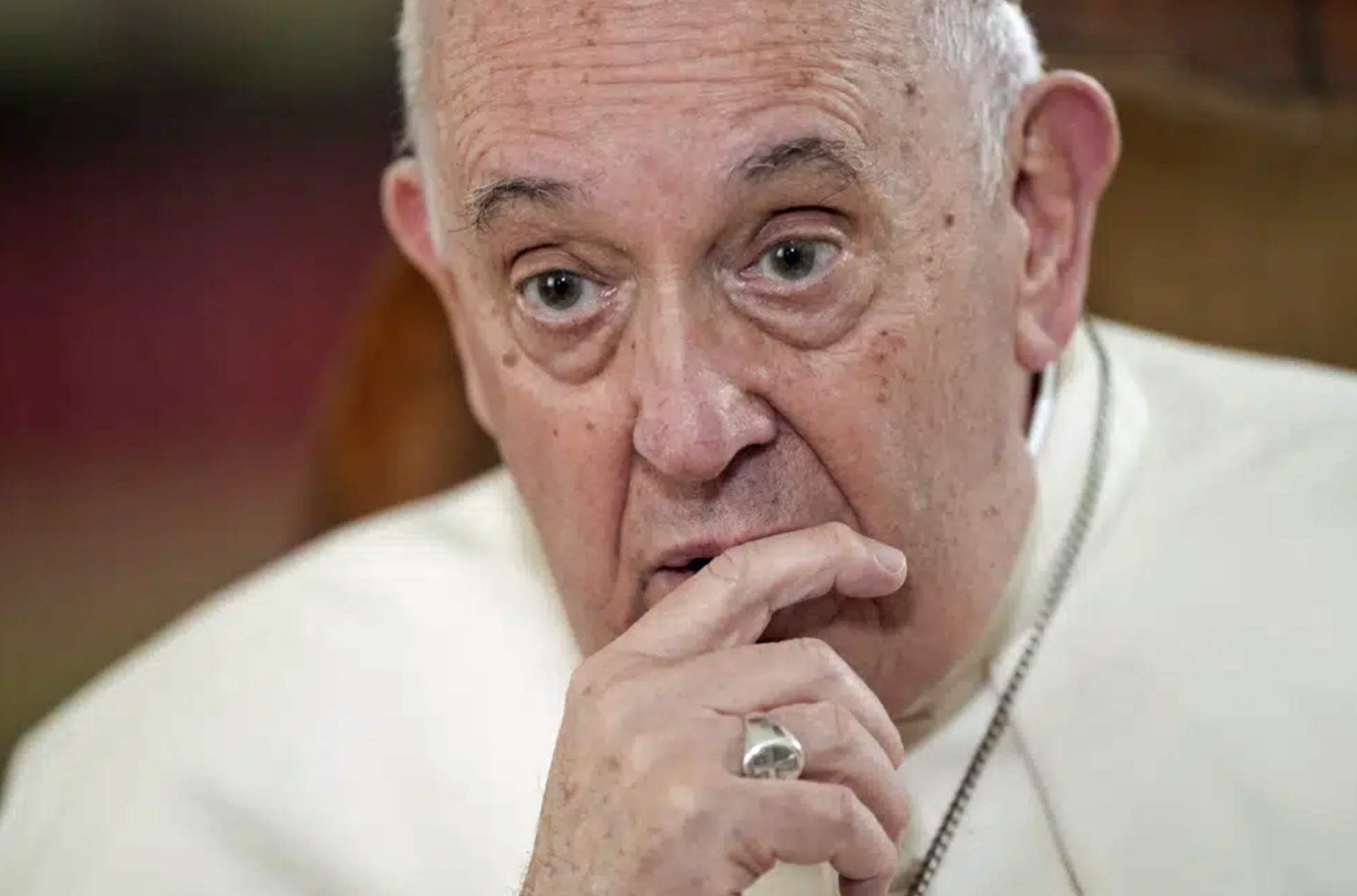 The Associated Press reported Tuesday on its exclusive interview with the Roman Catholic pontiff:

The AP Interview: Pope says homosexuality not a crime

VATICAN CITY (AP) — Pope Francis criticized laws that criminalize homosexuality as “unjust,” saying God loves all his children just as they are and called on Catholic bishops who support the laws to welcome LGBTQ people into the church.

“Being homosexual isn’t a crime,” Francis said during an exclusive interview Tuesday with The Associated Press.

Francis acknowledged that Catholic bishops in some parts of the world support laws that criminalize homosexuality or discriminate against the LGBTQ community, and he himself referred to the issue in terms of “sin.” But he attributed such attitudes to cultural backgrounds, and said bishops in particular need to undergo a process of change to recognize the dignity of everyone.

“These bishops have to have a process of conversion,” he said, adding that they should apply “tenderness, please, as God has for each one of us.”

Francis’ comments are the first uttered by a pope about such laws, but they are consistent with his overall approach to the LGBTQ community and belief that the Catholic Church should welcome everyone and not discriminate. 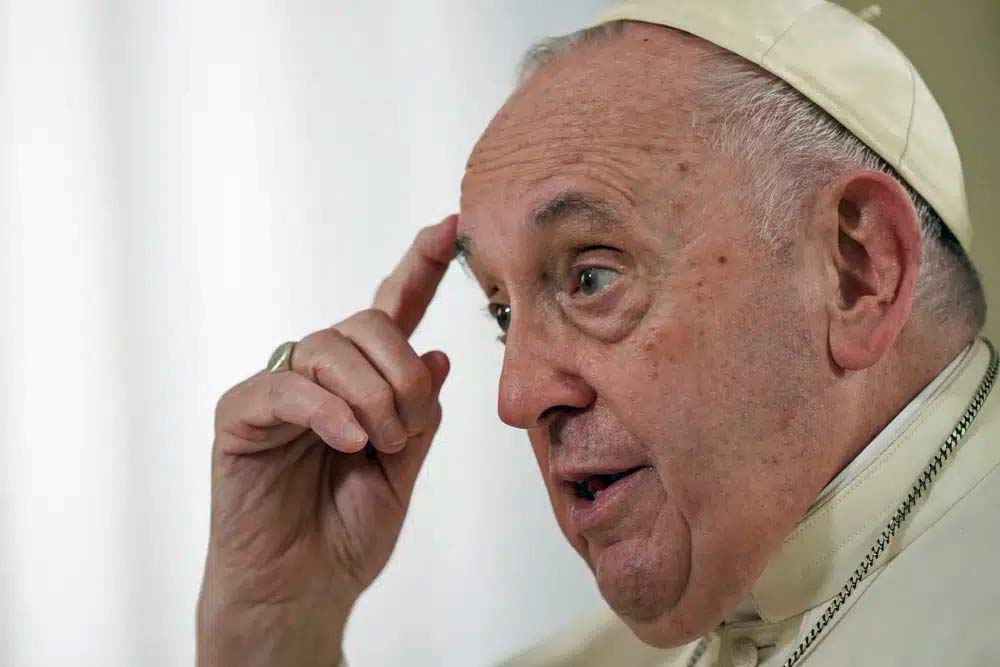 Pope Francis during his interview with the Associated Press. CLICK on the image to see video from the interview. (Andrew Medichini photo courtesy of AP)

Some 67 countries or jurisdictions worldwide criminalize consensual same-sex sexual activity, 11 of which can or do impose the death penalty, according to The Human Dignity Trust, which works to end such laws. {Editor’s note: RightsAfrica.com partner Erasing 76 Crimes lists 68 nations with anti-homosexuality laws and estimates that five nations impose or tolerate the execution of LGBTQ people.] Experts say even where the laws are not enforced, they contribute to harassment, stigmatization and violence against LGBTQ people.

In the U.S., more than a dozen states still have anti-sodomy laws on the books, despite a 2003 Supreme Court ruling declaring them unconstitutional. Gay rights advocates say the antiquated laws are used to harass homosexuals, and point to new legislation, such as the “Don’t say gay” law in Florida, which forbids instruction on sexual orientation and gender identity in kindergarten through third grade, as evidence of continued efforts to marginalize LGBTQ people.

The United Nations has repeatedly called for an end to laws criminalizing homosexuality outright, saying they violate rights to privacy and freedom from discrimination and are a breach of countries’ obligations under international law to protect the human rights of all people, regardless of their sexual orientation or gender identity.

Declaring such laws “unjust,” Francis said the Catholic Church can and should work to put an end to them. “It must do this. It must do this,” he said.

Francis quoted the Catechism of the Catholic Church in saying gay people must be welcomed and respected, and should not be marginalized or discriminated against.

“We are all children of God, and God loves us as we are and for the strength that each of us fights for our dignity,” Francis said, speaking to the AP in the Vatican hotel where he lives.

Francis’ remarks come ahead of a trip to Africa, where such laws are common as they are in the Middle East. Many date from British colonial times or are inspired by Islamic law. Some Catholic bishops have strongly upheld them as consistent with Vatican teaching, while others have called for them to be overturned as a violation of basic human dignity.

In 2019, Francis had been expected to issue a statement opposing criminalization of homosexuality during a meeting with human rights groups that conducted research into the effects of such laws and so-called “conversion therapies.”

In the end, after word of the audience leaked, the pope didn’t meet with the groups. Instead, the Vatican No. 2 did and reaffirmed “the dignity of every human person and against every form of violence.”

There was no indication that Francis spoke out about such laws now because his more conservative predecessor, Pope Benedict XVI, recently died. The issue had never been raised in an interview, but Francis willingly responded, citing even the statistics about the number of countries where homosexuality is criminalized.

On Tuesday, Francis said there needed to be a distinction between a crime and a sin with regard to homosexuality.