A gay teenager escaped from the dangers of war-torn northwestern Cameroon by moving to the capital to continue his education. But he found no safety there: He was murdered there last Friday. 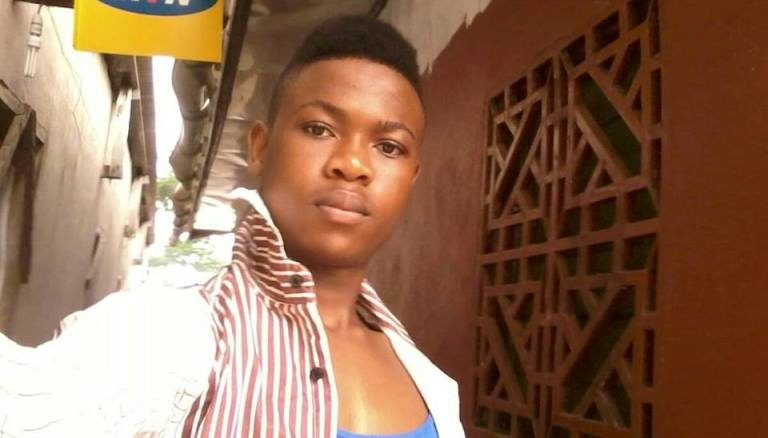 According to his friends’ reports:

Lesley Flavour Chia, 19, was robbed and stabbed to death close to his brother’s home, where he sought refuge from the dangers of northwest Cameroon.

The murder occurred about 9 p.m. Friday, Oct. 26, in a narrow entrance to the house.

Flavour was a gentle young man who was very much still in the closet, so his friends doubt that he was killed because of his sexual orientation.

The teenager had moved from his hometown, Belo in the English-speaking northwest region, and attended school in nearby Bamenda, but his education was interrupted there by clashes between government forces and the area’s Anglophone rebels.

School has not been held in that part of the country for the past two years.

Flavour applied for admission to schools in Yaoundé, but most of the schools where full. His only opportunity was to attend an evening classes at Oxford Comprehensive High School in Yaoundé.

He was in his final year there. He usually attended extra classes on Fridays and Saturdays, which ran from 4 p.m to 8 p.m. On his way home after class he was robbed and stabbed to death.

His hometown, meanwhile, is in ruins. This is how The Guardian described it in an article last May:

An hour and a half’s drive from Bamenda, in Cameroon’s north-west, is Belo, a village largely abandoned except for a military checkpoint manned by drunken soldiers.

In the middle of the road is a burnt motorcycle. A little further on, a corpse is sprawled – someone has tried to cover it with a few handfuls of grass.

Two girls pass by with bags on their heads filled with dried fish. “We barely have any food. That’s why we came back to collect the fish,” they say.

They explain that the corpse belongs to a villager. “There are many more bodies,” they add. “The soldiers burned part of the village.”

Belo is on the frontline of Cameroon’s simmering conflict between anglophone and francophone, an increasingly secessionist struggle that has pitted the French-speaking government in Yaoundé against the recently emerged Anglophone Ambazonia Defence Forces (ADF) and other rebel groups. According to the UN, the fighting has forced an estimated 20,000 Cameroonians to flee to Nigeria.

Many more people forced from their homes remain in the country. On the main road outside Belo, groups of people are moving, laden with possessions, whole families leaving with everything they can carry.