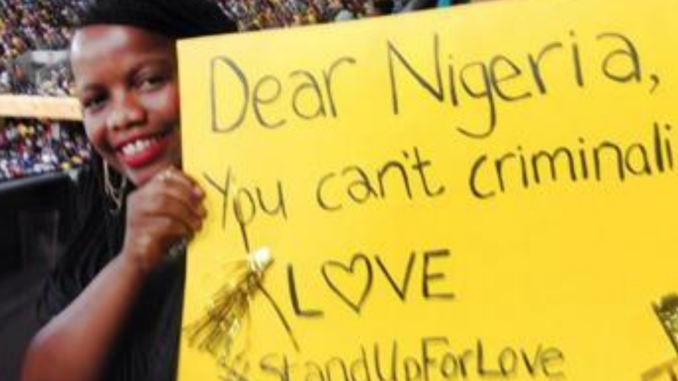 In Nigeria, LGBTQ+ persons still experience discrimination, violence and even death — human rights abuses that are largely fueled by the harsh homophobic laws against homosexuality.

The country’s Same-Sex Marriage Prohibition Act (SSMPA), Muslim regions’ Sharia penal codes, and the Federal criminal code all outlaw every form of sexual activity between people of the same sex. They also deny any form of civil union or marriage entered into between persons of the same sex.

As the situation for LGBT persons living in Nigeria worsens, it is more important than ever to know about the SSMPA. These are little-known facts about it:

Activists who have worked extensively in the country on diverse issues and court cases involving LGBT persons all agree that the law has never been used to convict anyone in any homosexuality-related cases. This, they believe, is because the law itself is incoherent. In addition, many cases involving suspected LGBT persons lack proper evidence and sometimes there’s no evidence at all. That makes it impossible for prosecutors to present a winnable case and  prove that any crime has been committed.

Several sections of the law lack precision. It does not clearly define what exactly it criminalizes. For example, the sentence prohibiting “direct or indirect public display of affection” is unclear about what an individual can and cannot legally do in public when showing love and care for someone of the same sex.

The SSMPA does not in any way criminalize a person’s sexual orientation, which means that even though an LGBT person stands the risk of being discriminated against and even violently attacked on grounds of sexual orientation, the law provides no legal grounds for prosecution of anyone just for publicly identifying as homosexual. This is another reason why persons who are arrested on mere suspicion of being gay cannot be lawfully tried in a law court using the SSMPA.

The title states that it’s about banning gay marriage, it’s about much more. By fueling discrimination and stigma, it impedes the efforts of anyone working to promote the rights of ALL persons.  It complicates the work of those who support the needs of sexual minorities, including  doctors, health care workers, lawyers, human rights activists, etc.

The law also prescribes a 10-year jail sentence for anyone who fails to report a gay person to the police, which means that parents and relatives of gay persons could go to jail for refusing to out a gay member of their family to law enforcement agencies.

Other sections imply that even persons of the same sex who are not gay can be arrested and tried in court if they publicly show any form of affection toward one another such as by simply holding hands or touching any other parts of the body which have been sexualized by the society either directly or indirectly.

For more information, read the full text of the law itself.