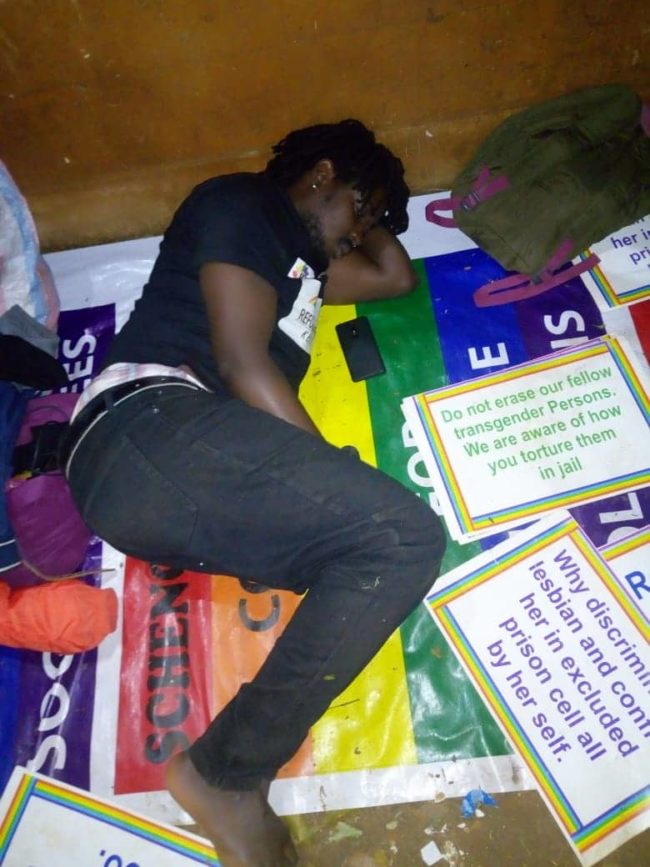 Activist Mbazira Moses, sleeping outside the U.N. refugee office in Nairobi, threatens a hunger strike until 20 fellow LGBT refugees are released from jail. (Photo courtesy of Mbazira Moses via Facebook) 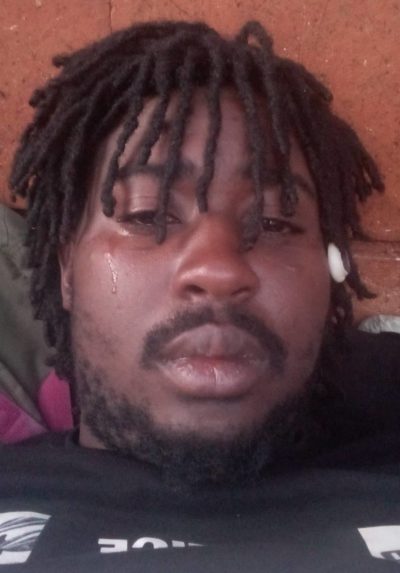 On Feb. 22, the jailed refugees were charged with public nuisance, trespassing, and defecating in public during a protest against misreatment by the office of the U.N. High Commissioner for Refugees (UNHCR).

Each would need to pay a $50 bond to be released pending trial, according to Refugee Flag Kenya.

Supportive refugees protested yesterday outside a Nairobi court that was reviewing the case of the 20 prisoners.

“I will not eat or drink until my community members are out of the prison. Am sleeping outside UNHCR office.”

Other activists urged him to continue drinking, even during a hunger strike, because lack of water is so dangerous.

Hundreds of LGBT refugees in Kenya, who mostly fled anti-gay violence in Uganda, say they are abused by the UNHCR, cannot get work, have not been accepted for resettlement abroad and receive too little from the UNHCR to live on. Those in jail also protest inadequate medical treatment and abuse by homophobic and transphobic guards and prisoners.

“I will make it, am still strong. … Tomorrow I will be making 3 days.”