Political activist and strong gay ally Stella Nyanzi was sentenced on Aug. 2 to 18 months in prison after being convicted of “cyber harassment” for publishing online insults directed at Uganda’s strongman president, Yoweri Museveni, and his family.

She will get credit for the months she has spent in prison since her arrest in November 2018, so she will spend only about nine more months behind bars. 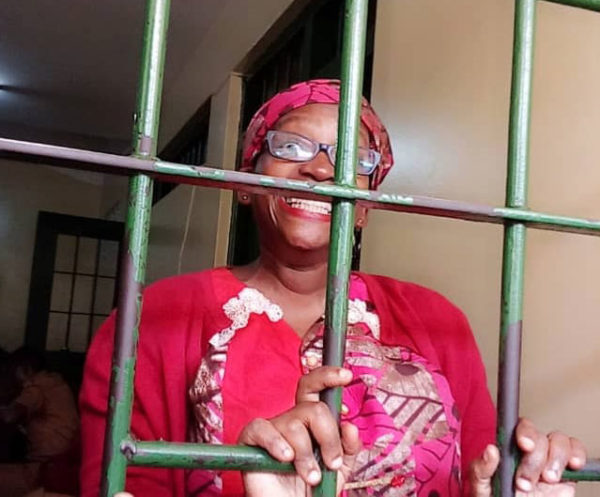 Stella Nyanzi posted this photo on Facebook to accompany her prose poem “I was already condemned before I came in.” (Photo courtesy of Facebook and Infinix Hot 6)

With help from her supporters, Nyanzi published on Facebook:

I WAS ALREADY CONDEMNED BEFORE I CAME IN

I did not come to your court for Justice.
I came to continue poking the leopard’s anus.

I did not enter your Court for legal battle.
I was already condemned before I came in.

I did not come seeking for a fair trial.
I came to this Court for Politics.

Looking to David with his sling and 2 stones.
This underdog came to fight and win.

I refused your offers of a seat in the suspects’ Dock.
I never asked you for bail.

I boycotted Court when you denied me a Court order for my medical records in jail.
I maintained my silence when you refused to translate the amended charges into Luganda.

My presence in your Court as a suspect and prisoner highlights multiple facets of dictatorship.
I exposed the entrenchment of autocracy.

I confirmed the curtailing of free expression.
I demonstrated State punishment for regime critics.

I showcased the tyrant’s abuse of the judiciary.
I witnessed myriads of injustices of the justice system.

I refuse to be a mere spectator in the struggle to oust the worst dictator. 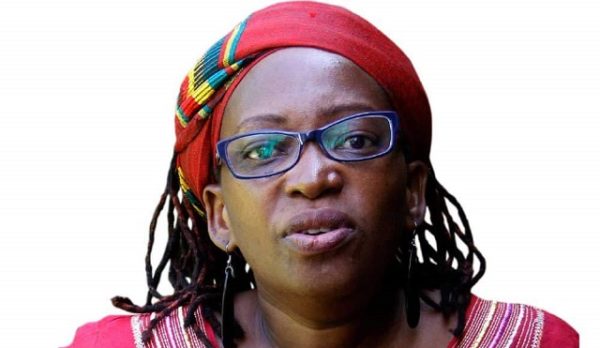 A Ugandan academic who once called President Yoweri Museveni a “pair of buttocks” has been sentenced to 18 months in prison.

Activists condemned the jailing of Stella Nyanzi for cyber harassment, saying it undermined Uganda’s commitment to freedom of expression.

She attended Friday’s sentencing via video link, against her will, and exposed her breasts in protest.

She was acquitted on a second charge, of “offensive communication”.

But when this was announced on Thursday, she gave a passionate speech in which she said she was disappointed with that verdict, prompting cheers from her supporters.

“I intended to annoy Yoweri Museveni. We are tired of his dictatorship”, she was quoted as saying.

Uganda has a poor record on freedom of expression according to Reporters Without Borders, which says President Museveni “tolerates no criticism”.

Nyanzi, 44, is an accomplished researcher who previously lectured at Makerere University, one of East Africa’s most prestigious institutions.

She is known for her frequent anti-government posts on Facebook, some of which take the form of poems, and which are often laced with profanity.

“My presence in your court as a suspect and prisoner highlights multiple facets of dictatorship. I exposed the entrenchment of autocracy,” she wrote in her most recent post, about the court case. “I refuse to be a mere spectator in the struggle to oust the worst dictator.” …

Rights groups Amnesty International has called on the Ugandan authorities to overturn the verdict and free Nyanzi, who has been detained in jail since November 2018.

“This verdict is outrageous and flies in the face of Uganda’s obligations to uphold the right to freedom of expression… and demonstrates the depths of the government’s intolerance of criticism,” said Amnesty’s East Africa Director Joan Nyanyuki.

Nyanzi has previously been arrested for another Facebook post, in which she referred to the president as a “pair of buttocks”. She is still on trial in that case. 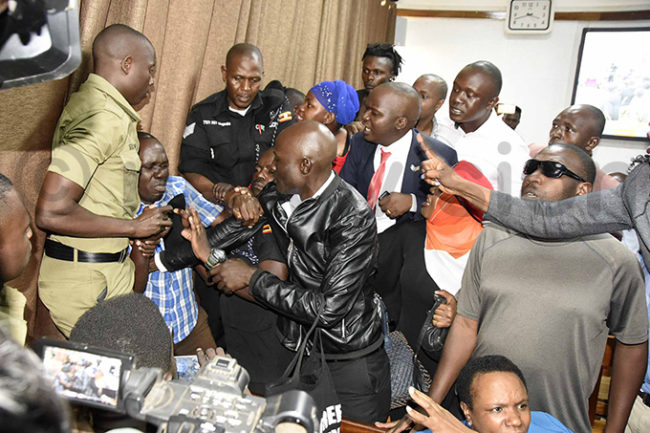 Police clashed with supporters of Stella Nyanzi after her sentencing on Aug. 2. Someone threw an empty water bottle at the magistrate as she read the sentence. (Kennedy Oryema photo courtesy of New Vision)

The Independent of Uganda reported:

Nyanzi’s heard her sentence through video conferencing live from Luzira Prison, while hundreds of her supporters filled the courtroom. On the live link, she was seen stripping naked and heard uttering obscenities, in what was interpreted as a sign of protest. But the images and the volume were muted by the technical team.

Before the images were switched off, Nyanzi was seen rubbing and squeezing her breasts while cursing the ruling government of President Yoweri Museveni faulting it for poor service delivery especially in Luzira prisons.

Her supporters at the courtroom were cheering her, equally hurling insults at the Magistrate. A number of them held protests outside the court. URN has learnt that four of them were arrested and taken to Kampala Central Police Station.

Nyanzi had asked the court to summon some 20 witnesses, but all those requests were denied, Agence France-Presse reported.

“We have had excessive interference in the defence case,” said Isaac Ssemakadde, Stella Nyanzi’s defence lawyer. “So we are not surprised by the result.”