The new TransAfrican Independent Network in Cameroon is working to confront transphobia and empower transgender people. 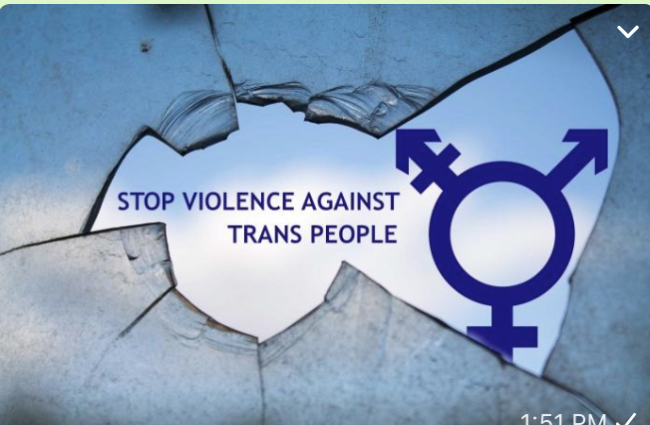 Image courtesy of Alexa Hoffmann and the European Union Agency for Fundamental Rights.

Always considered as outcasts, transgender people are regularly victims of discrimination related to the expression of their gender identity. They are often subjected to physical or psychological violence.

The transgender community in Africa has never been tightly structured or highly visible, which means that it can be a fertile ground for empowerment.

Among community organizations in Africa and in particular in Cameroon, transgender organizations have often held back, leaving leadership and projects in the hands of gays and lesbians,

But that is changing.

The National Strategic Plan for the fight against HIV / AIDS has identified transgender people as highly vulnerable to the disease. Several recent surveys showed the trans community is strongly affected by extreme poverty and exclusion, which combine with transphobic violence and discrimination to increase its exposure to HIV / AIDS.

Against this background, RITA (the TransAfrican Independent Network) has emerged with plans for change. It is a collaborative effort of two Cameroonian trans associations, Transamical and Transigeance, among others.

Its focus is on problems of public recognition of trans people’s gender identities and on efforts to improve their access to education, justice and health services.

This network will conduct training sessions about advocacy and awareness for transgender leaders in order to reduce transphobic violence and discrimination.

“We have created an organization dedicated to the needs and issues of transgender people in Cameroon,” says the president of RITA, who currently remains anonymous for safety. “Now we can show what we are capable of. ”

Moïse Manoel, an editor for this article, lives in Paramaribo, Suriname, where he carries out his research. He is a doctor of sociology at the University of the West Indies. His field of study and research is homophobia and neocolonialism in the Guiana Shield area of ​​South America.

Bruno Agar, who also helped with editing this article, is a member of the African Human Rights Media Network and a lecturer at the University of Paris-Saclay Evry-Val-d’Essonne. His professional focus is on contemporary media issues, especially in the African context.