Anti-gay law professor Kais Saied won the most votes in the first round of Tunisia’s presidential election, the Tunisian electoral commission announced. 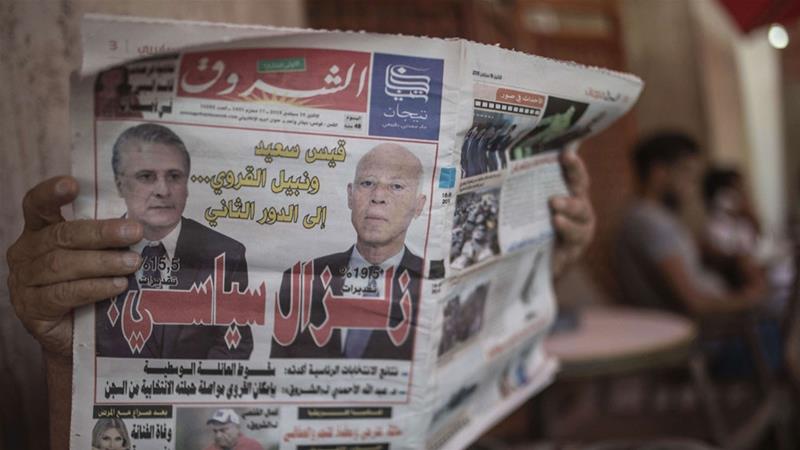 Kais Saied, right, received the most votes in the first round of Tunisia’s presidential election. (Mosa’ab Elshamy photo courtesy of AP and Al Jazeera)

Africa News reported that Saied, a political outsider, received
18.4 percent of the votes. In second place is imprisoned media magnate Nabil Karoui, another outsider, with 15.6 percent. Saied and Karoui will face off in a run-off election.

Abdelfattah Mourou of the moderate Islamist Ennahda party came third in a crowded field of 26 candidates. Prime Minister Youssef Chahed was in fifth place, with 7.4 percent of the vote in a preliminary count.

This was the first Tunisian presidential campaign with an openly gay presidential candidate, Mounir Baatour, co-founder of the LGBT rights group Shams. His candidacy was disqualified by Tunisia’s Independent High Authority for Elections, but not before it stirred controversy both inside and outside the country’s LGBT community.

In Tunisia, homosexuality is a criminal offence, punishable by up to three years in prison.

Following the 2011 uprising, LGBT rights activists say, homosexuality was prosecuted at a higher rate than before, a trend they blamed largely on the Islamist Ennahda Movement leading the government’s coalition from 2011-14 and being part of the ruling coalition since 2014.

Baatour argued that, to change the status quo, there must be “a political will to amend legislation.” In particular, he said Tunisia must scrap discriminatory laws, mainly Article 230 of the Penal code, which criminalises homosexuality.

“I believe my candidacy has triggered a debate in the media and such debates,” Baatour said, “will reduce homophobia.”

Baatour’s bid drew significant criticism in Tunisia, even from the LGBT community, with some activists saying his candidacy harmed their cause.

“The issue here is that of whether someone is qualified for the presidency or not,” [Ali Bousselmi, president of the LGBT rights organisation Mawjoudin] said. “What is really important beyond politics is that whether the next president would be able to effectively serve the country and adequately defend individual and collective rights.”

The candidacy of Baatour, he said, has merely created a “buzz” that swiftly faded. It also disassociated LGBT rights from a broader conversation about human rights.

“LGBT rights in Tunisia should be tackled within the context of universal human rights and steer away from politics,” Bousselmi said. “In our country, we have seen that anything that is used in politics, including religion, could eventually backfire creating a tense environment.”

Still, he noted, LGBT members in Tunisia “have every right” to express their political views.

“The political landscape remains quite divided, adding to the uncertainty in the country,” Bousselmi said. “This means, at least for the moment, that there’s no distinct candidate that the LGBT community would support or vote for, especially if we bear in mind the unfulfilled promises and double discourse of some politicians.” 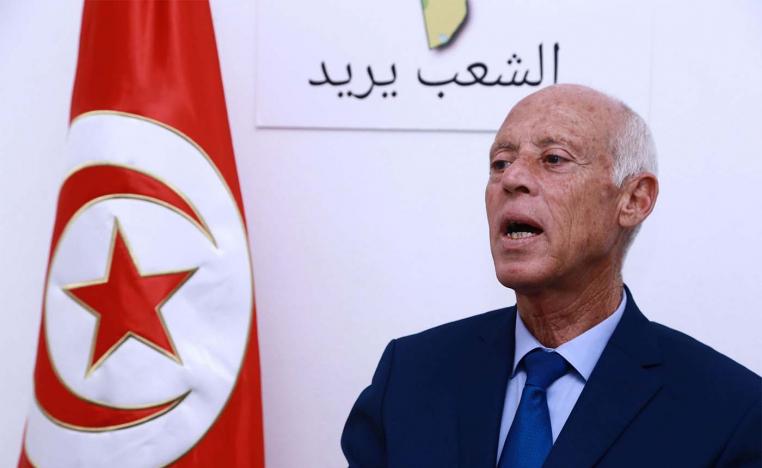 Regarding Saied, The Arab Weekly reported:

Constitutional law expert and presidential candidate Kais Saied, whose legal interpretation is generally conservative and often clashes with progressive modernist trends in the country, stirred controversy by accusing the LGBT community of “receiving funds from abroad to corrupt the Islamic nation.”

Many accused Saied of using homophobia to appeal to deep-seated prejudices as he attempted to gain popularity ahead of elections.

“I don’t understand from what angle Kais Saied is trying to tackle the LGBT rights issue,” said Ali Bousselmi, president of the LGBT rights organisation Mawjoudin. “His statements are absolutely homophobic.”

“When we speak about funding, the LGBT rights organisations are in favour of tracking the flow of money. In this regard, we have been respecting the regulations of the Central Bank and submitting audit reports on a regular basis.”

Questions regarding how civil society organisations and political parties are funded are legitimate, Bousselmi said.

“We are aware that some political parties and Islamist organisations in Tunisia have been receiving funds from abroad to support terrorism. So, if we want to talk about ‘corrupting the nation,’ we need to pinpoint the real phenomena that have been posing a threat to the country and its people.”