A U.K-based gay Nigerian, Dan Yomi, has teamed up with U.K-based NGOs to launch a fundraiser aimed at benefiting LGBTQ+ Africans seeking asylum in the U.K. 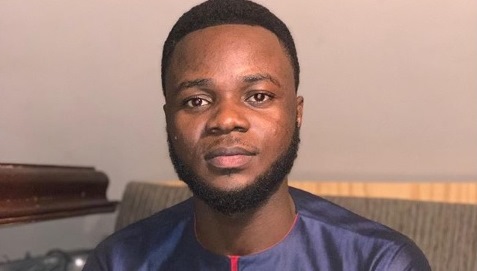 The fundraiser is a cooperative effort of Yomi’s organization, Living Free U.K., and four other LGBTQ+ non-profits that support LGBTQ+ Africans in the U.K.  —  House of Rainbow, African Rainbow Family, House of Guramayle and Africa Equality Foundation.

in 2018, Yomi used WhatsApp to come out to his family as a gay man, and afterward started ‘Living Free U.K,” a social enterprise aimed at validating the lived experiences of LGBTQ+ Africans and those seeking asylum.

Yomi, who works full time whilst serving as the Executive Director of his organization, said he has been self-funding projects run by Living Free U.K since it started but felt it was time to make a bigger and more positive impact on the lives on LGBTIQ+ Africans and people seeking asylum, hence the need for the fundraising:

“Looking back at when I started Living Free U.K and where we are going with our plans, I think it is time to stretch a bit further and move beyond just operating as a self-funded volunteer-based organization so that we can achieve our set goals. And I understand that doing this will require that we have more resources, thus the core reason why we decided to collaborate with other groups to launch this fundraiser.”

“I feel very humbled to be working with 4 other grassroots organizations to provide financial and mental health support to Black LGBTIQ+ Africans seeking asylum in the U.K , especially during the COVID-19 pandemic.”

In addition to the work that Yomi is doing with his organization, he also runs an LGBTQ-focused YouTube show titled “Living Free with Dan”, which is now in its second season.

To make a donation to this fundraiser, please click HERE.