Twenty LGBT Ugandans who spent 50 days on remand in a Ugandan prison on Covid-19-related charges have filled a complaint seeking an investigation of torture inflicted on them during their incarceration. 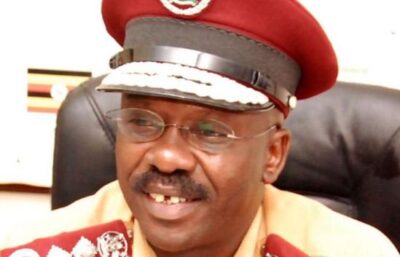 The 20 members of Children of the Sun Foundation (CosfUganda), who were arrested at the Cosf shelter, are now out of prison, and government has compensated each of them US$1,341. The payments were made on orders from the Uganda High Court, which ruled they had been denied their right to a fair hearing when they were held in prison for 50 days without access to their attorney or a chance to apply for bail.

In a former complaint filled Friday, June 26, in Kampala, the Cosf Uganda members want Dr Johnson Byabasaija, the Prisons boss, to investigate torture by prison staff during the time of their incarceration at Kitalya Prison.

“Today (Friday), HRAPF (Human Rights Awareness and Promotion Forum) with the permission of COSF and instructions of the 20, filed a formal complaint with the Commissioner General of the Uganda Prisons Service in which we challenge him to fully investigate the actions of a prisons officer — Principal Officer Philimon Woniala, who personally participated in and/or oversaw the beating, abuse and even burning of some of the COSF-20, all based on their perceived sexual orientation and gender identity,” stated Dr Adrian Jjuuko, the executive director of HRAPF. 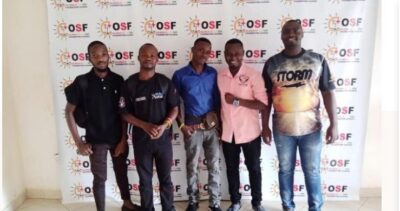 Some of the Cosf Uganda members in an appeal for assistance after they were released from prison.

Dr Jjuuko also said that the complaint  implores Dr Byabashaija to investigate the general condition of inmates at the newly opened Kitalya Mini-Maxi Prison with a view to effecting change in a system that seems to have already normalised human rights abuse within the prison.

The complaint was made on behalf of all the 20, and it is copied to the Minister of Internal Affairs, the Attorney General, the Chairperson of the Uganda Human Rights Commission, and the Officer in Charge of Kitalya Mini Maxi Prison. It stated:

In the complaint, we contend that the actions of the prison official violate Article 24 of the Constitution of the Republic of Uganda and also constitute criminal acts contrary to sections 2(1), (2), (3) and (4), 3, 4, 6, and 7 of the Prevention and Prohibition of Torture Act, 2012 which prohibit and criminalise torture and inhuman and degrading treatment or punishment. The actions also violate article 2 of the Convention against Torture and Other Cruel, Inhuman or Degrading Treatment or Punishment (CAT) which requires states to ‘take effective legislative, administrative, judicial or other measures to prevent acts of torture in any territory under its jurisdiction’ as well as section 57(a) of the Prisons Act 2006, which requires that ‘a prisoner shall be treated with the respect due to his/her inherent dignity and value as a human being.’ 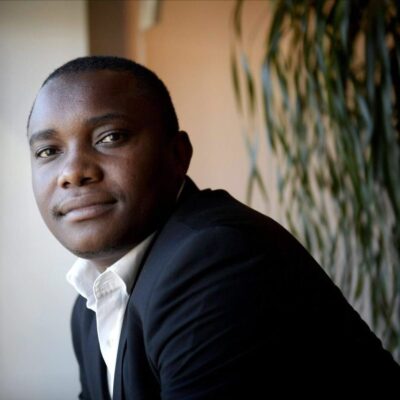 We are therefore calling upon the Commissioner General of Prisons to exercise the powers vested in his office under Sections  14(1) (b), 52 (1) (a) and (b) and section 54 (1) of the Prisons Act 2006 to investigate the actions of the official complained against and take appropriate disciplinary action against him through the Prisons Council and/or the Prisons Authority for ‘discreditable conduct’, ‘instigating or permitting any prisoner to commit any crime or offence against prison discipline’ and  ‘unlawful or unnecessary exercise of authority’, which are all offences against the Disciplinary Code as defined in the Second Schedule to the Prisons Act, 2006.

Dr Jjuuko added that in the complaint, “We informed him that we have sworn testimonies to the acts of torture, inhuman and degrading treatment and are willing to share them, and that also the victims are willing to testify if needed. We await a response from the Commissioner General of Prisons.”

Uganda police on March 29 arrested 23 LGBT Ugandans on charges of enabling the spread of Covid-19 by living together in a homeless shelter. Charges were preferred against 19 of those arrested. Those men were held at Kitalya Prison.