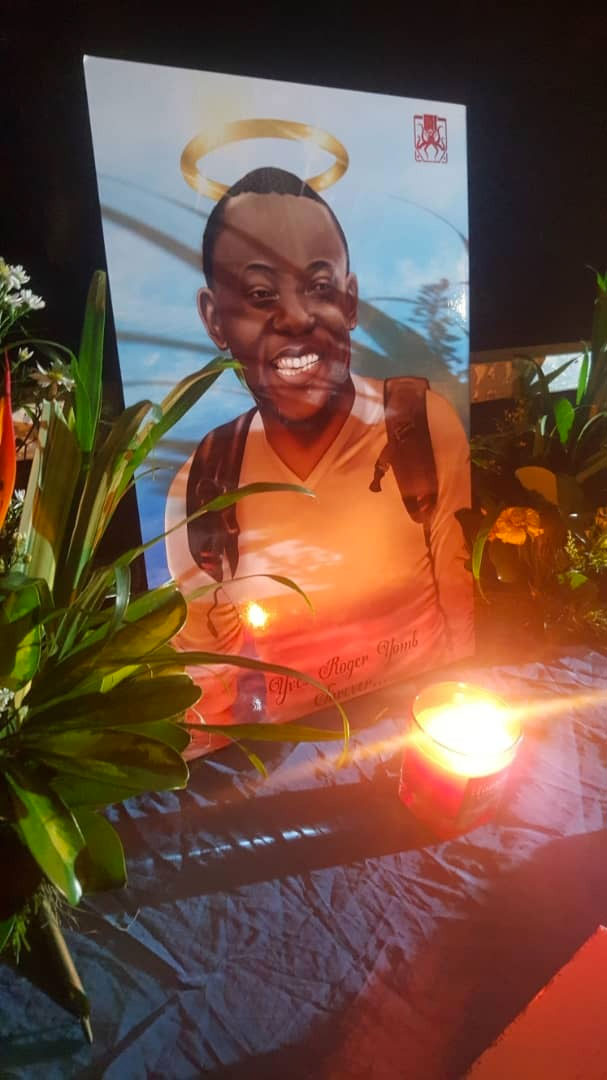 This photo of Yves Yomb had a place of honor at last week’s memorial gathering.

Last Friday was a day of sadness and solidarity as Cameroonian LGBTI advocates gathered to honor the memory of Yves Yomb and praise him as a great defender of human rights.

For many years, Yomb was executive director of Alternatives-Cameroun, which fights against HIV / AIDS and for LGBTI rights.

During the evening gathering at the Yaoundé headquarters of the anti-AIDS organization Moto Action, friends and colleagues remembered him as they heard memorial speeches and looked at photos from his life, cut short by disease in Paris.

Representatives of the Unity platform, Sourire de Femme, RECAP +, Transamical, Empower Cameroon, Alternatives-Cameroon, Camfaids, Affirmative Action and many others were on hand.

In June, the U.N.’s anti-AIDS agency published an appreciation of Yomb’s life and his work. These are excerpts from that piece: 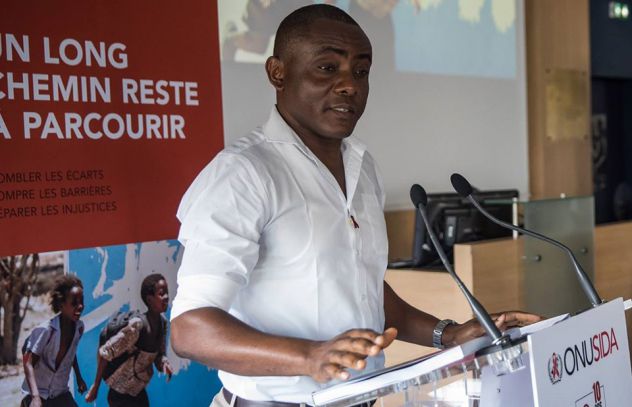 His journey to becoming an activist began in his home country, in 2006. At the height of a media campaign targeting gay men and other men who have sex with men, Mr Yomb was a founding member of Alternatives- Cameroun, one of the first human rights organizations in western and central Africa to advocate for tolerance and social inclusion.

“We told ourselves that if we didn’t act, no one would,” he once said.

For more than a decade, Mr Yomb was at the forefront of the fight for the rights of sexual minorities and human rights in Africa, and wherever else the struggle took him. Ahead of the 2018 International AIDS Conference, he spoke at the launch of UNAIDS’ global report in Paris, France, calmly and with determination, recalling that the response to HIV is an uncompromising struggle for human rights and international solidarity.

Mr Yomb was the spokesperson of Africagay against AIDS, the first network dedicated to promoting access to rights and support for lesbian, gay, bisexual and transgender people in francophone Africa, which in 2019 became the Global Alliance of Communities for Health and Rights (GACS PLUS), a member of Coalition Plus. Always at the forefront of the fight, he called on UNAIDS to renew its support for civil society, an initiative that led to the birth of the Civil Society Institute for West and Central Africa.

“Yves Yomb was a great voice and argued in a way that left no one indifferent. … he advocated for the respect of human rights. He argued tirelessly for increased support for civil society in all its diversity. Rest in peace, brother. We will continue the common fight,” said Helene Badini, UNAIDS Senior Regional Community Support Adviser.