Uganda government has finally allowed the importation and distribution of water-based sex lubricants, an AIDS-fighting device that officials had  shunned on suspicion that they were a tool for promoting homosexuality. 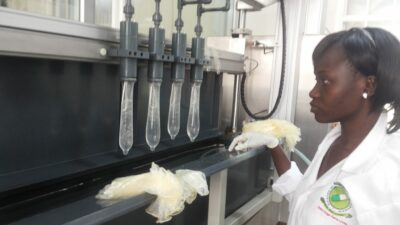 An official of Uganda’s National Drugs Authority checks the viability and safety of imported condom samples before public use.  (UhspaUganda photo)

Importation of the lubricants was handled by The Aids Support Organisation (TASO), with support from the Global Fund.

TASO is a principal recipient of support from the Global Fund, along with Uganda’s Ministry of Finance.

Previously, the lubricants were supposed to be imported by Uganda’s Ministry of Health. However, officials at the ministry decided not to do so, claiming that sex lubricants are tools for promoting promiscuity and homosexuality.

Ministry of Health officials last year told RightsAfrica.com that a total of about US $130,000 for lubricants was to be managed by TASO instead of the ministry because the ministry’s political leadership views lubricants as a tool for promoting homosexuality and, for that reason, had declined to manage the funds.

Ms Irene Murungi, the TASO technical advisor for gender,  said last week while giving an update on the implementation of ongoing financing from the Global Fund that communities that need the lubricants will soon have them.

Efforts are being made to ensure that communities needing lubricants get them without any stigma, she said.

Moses Kimbugwe, the programs director at Spectrum Uganda, a service organisation for men who have sex with men (MSM), welcomed the importation. He is the current Key Populations representative to Uganda’s Global Fund Board, CCM.

He noted that much of the previous distributions of lubricants was being done in public health centres.

“Distribution points are being worked upon,” he said, with an eye toward expanding on past reliance on government facilities. The Ministry of Health, he said, “is coming up with a concept of community drop-in centers.  This is a good thing.  Community- led efforts to support distribution should also be supported.” 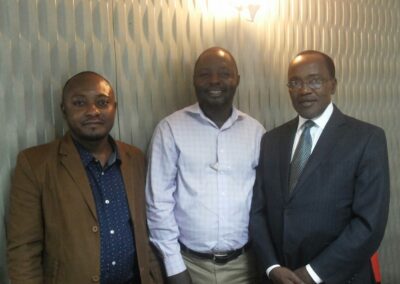 Access to basic safer-sex supplies to key populations and vulnerable groups in Uganda is still limited due to harsh laws that criminalise some sections of the population, especially the LGBTI community, sex workers and drug users. As a result, a high prevalence of HIV persists among MSM and transgender populations, as compared to the general heterosexual population.

The latest Crane Survey report, released last year, shows a high prevalence of HIV infection among transgender persons (20%) and men who have sex with men (MSM) (13%).

Human rights defenders have consistently advised government that harsh laws against minority populations is impacting the fight against HIV and other sexually transmitted infections in the country.