Outgoing U.S. Secretary of State Mike Pompeo used some of his last minutes in office to impose visa restrictions on Tanzanian officials “responsible for or complicit in undermining Tanzania’s October 28, 2020, general elections,” in which homosexuals were harassed and civic space repressed. 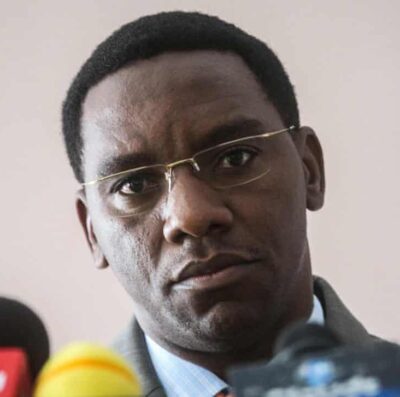 It will be seen as a strong signal to Uganda, Tanzania’s neighbour in which civil society and human rights defenders  are being intimidated following the Jan. 14 Presidential and Parliamentary elections.

Pompeo’s last-minute action also sends a message to Uganda at a time when the Ugandan government has accused current U.S. Ambassador Natalie E Brown of subversion. She was stopped from visiting Presidential candidate Robert Kyagulanyi, also known by his stage name Bobi Wine, at his home on the outskirts of the capital, Kampala, as the embassy said in a statement late on Monday. Bobi Wine has said that he is under house arrest.

“Today (January 19) , the United States is announcing visa restrictions on Tanzanian officials responsible for or complicit in undermining Tanzania’s October 28, 2020, general elections.  The actions of these officials subverted the electoral process, continuing the downward trajectory of the country’s democracy,” the statement reads.

It added: “Election observers and civil society noted widespread irregularities as well as human rights abuses and violations before, during, and after the election.  Opposition candidates were routinely disqualified, harassed, and arrested.  Significant and widespread voting irregularities, internet disruptions, intimidation of journalists, and violence by security forces made this election neither free nor fair.  Civil society leaders remain under threat in the post-election period, and opposition leaders have fled the country out of fear for their safety.” 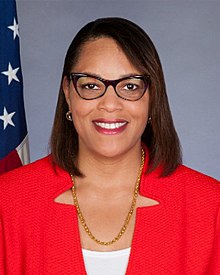 “We urge the Government of Tanzania to reverse course and hold accountable those responsible for the flawed election, violence, and intimidation.  The United States will continue to closely follow developments in Tanzania and will not hesitate to take additional actions against individuals complicit in undermining democracy and violating human rights.  Finally, we emphasize that today’s actions are not directed at the Tanzanian people.  We commend Tanzanians who participated in the election peacefully and in good faith, and we will work together with all those committed to advancing democracy, human rights, and mutual prosperity,” Pompeo noted in the statement.

Pompeo did not name any specific Tanzanians who would be penalized.

Earlier last year, the United States  banned Paul Makonda from visiting the country for his role in a  crackdown on homosexuals. The U.S. State Department said it was taking the action against Makonda, the administrative chief of the Tanzanian capital, “due to his involvement in gross violations of human rights, which include the flagrant denial of the right to life, liberty, or the security of persons.”

The global Human Rights Watch advocacy group published a statement last year detailing repression of human rights and freedoms in Tanzania as discussed on Rights Africa recently. The  Human Rights Watch statement  noted that crackdowns on LGBT Tanzanians and the advocates for their human rights and health have been ongoing since 2016. The repression gained international notoriety in 2018, when Makonda urged the public to report anyone they thought was a homosexual. 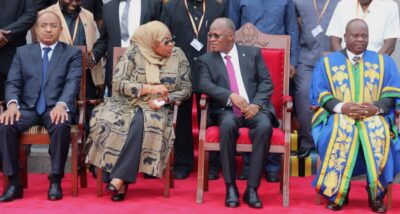 President John Magufuli (second from right) and Vice President Samia Suluhu Hassan (second from left) at the swearing- in ceremony for Magufuli’s second term in office.