The European Union strongly criticized Uganda’s harsh laws against homosexuality, calling for their urgent revision and a strategy to combat discrimination and violence against LGBTQ+ people. 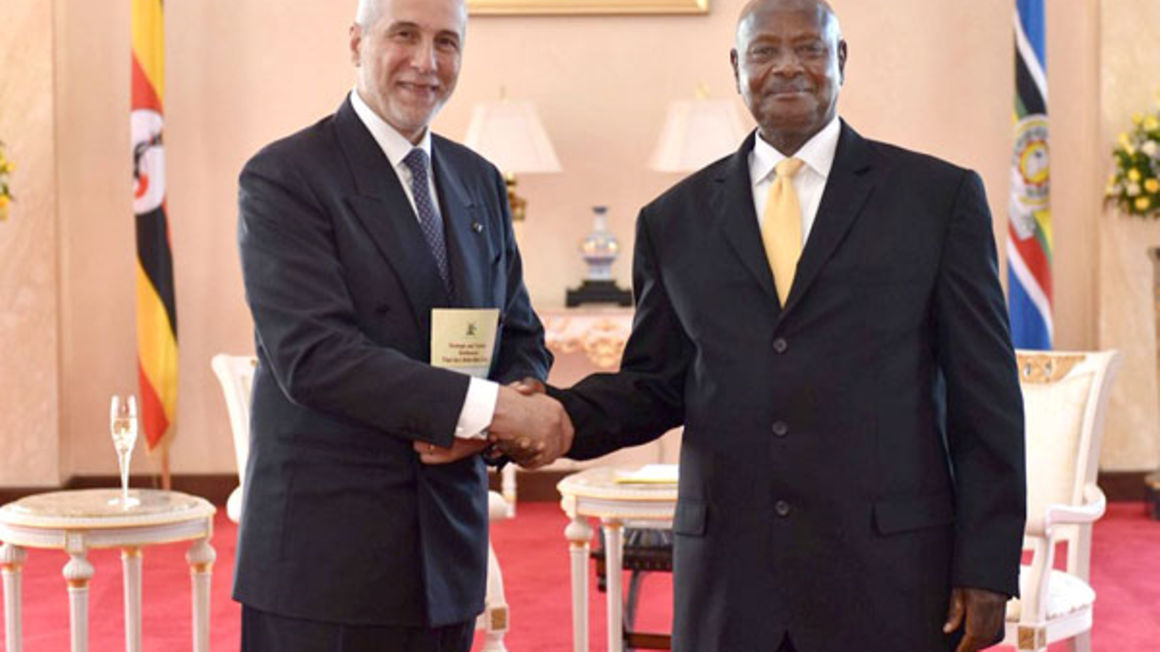 Mr Attilio Pacifici (L), the head of the EU delegation in Uganda, and President Museveni in a 2017 meeting. (Photo courtesy of Daily Monitor)

The strong criticism came in a European Parliament resolution passed on 11 February 2021 that criticizes the January 2021 elections as “not democratic and transparent” and condemns violence against opposition leaders, human rights defenders, and the media.

“Whereas Uganda has one of the world’s harshest laws against homosexuality and whereas discrimination and violence against LGBTQ+ people persists,” reads part of the resolution’s preamble.

The EU Parliament resolution calls on the government of Uganda to cease using the COVID-19 pandemic as a pretext for introducing laws and policies that violate international law and for rolling back human rights. The resolution specifically notes that restrictions to freedom of peaceful assembly and freedom of expression have mainly targeted LGTBTQ+ people.

Despite rising anti-European Union and anti-LGBTQI rhetoric by President Museveni and his inner circle, the EU resolution insists that its delegation in Uganda will continue to monitor closely the situation of LGBTQ+ people and actively support community service organisations, human rights defenders and LGBTQ+ people on the ground.

However, the EU resolution also expressed its commitment and readiness to engage with the Ugandan authorities and assist with much-needed democratic and governance reforms. Still, it made clear that this will largely depend on the willingness of the Ugandan government to actually implement key reforms. 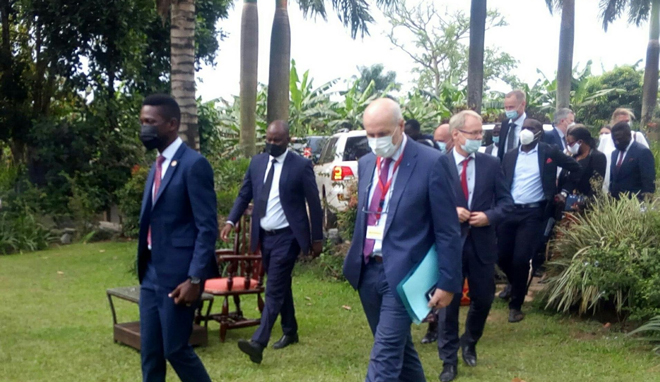 A European Union delegation meets Ugandan opposition politician Robert Kyagulanyi (front). Meetings with the opposition have created unease and friction between Uganda and the EU.

Observers and analysts warn that Uganda risks losing part or all of the above funding if the National Resistance Movement government does not take serious steps toward addressing the widespread human rights violations perpetrated by state institutions and security operatives.

The resolution also insists that global actors take a coordinated approach to promoting human rights in Uganda. It reiterates that sanctions against individuals and organisations responsible for human rights violations in Uganda must be adopted at EU level under the new EU human rights sanction mechanism, the so-called EU Magnitsky Act.

Other issues raised in the EU Parliament resolution (2021/2545(RSP)) included:

The UN Human Development Index ranks Uganda 159th out of 189 countries, making it one of the countries with the poorest human rights records.

China seizes upon Western criticism to enhance its grip on Uganda

China’s top diplomat Yang Jiechi met President Yoweri Museveni on 21 February and congratulated him on his win in the January elections, which were disputed and preceded by a crackdown on opposition followers.

“Your re-election last month speaks volumes of the trust and support from the people of Uganda to your continued presidency,” Yang said while meeting Museveni in Entebbe, on the shores of Lake Victoria. He said China hoped Uganda would “enjoy stability, development and progress,” reported the South China Morning Post. 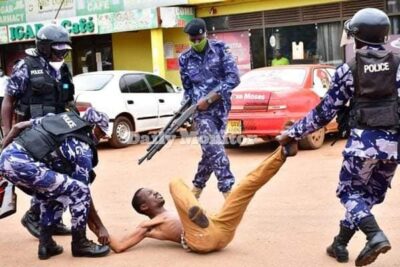