Cameroon: Professor’s homophobic remarks get him into trouble

An international affairs professor in Cameroon has been disciplined for his homophobic comments about the country’s leaders. 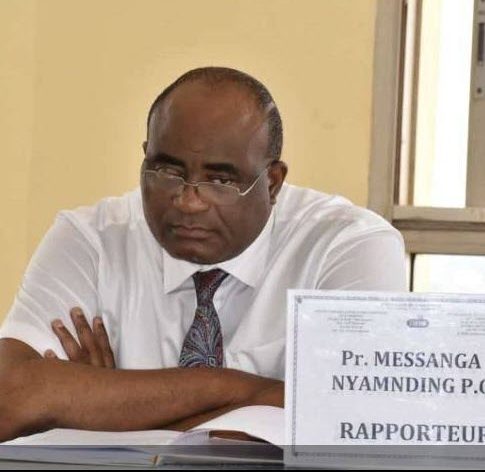 Professor Pascal Messanga Nyamding was ousted March 22 from his teaching post at the University of Yaoundé and transferred to a position more than 400 miles outside the capital.

His homophobic remarks also led LGBTQ rights activists in France to call for a ban on his travel to Europe and Canada.

Messanga Nyamding was a professor at the Cameroon Institute of International Relations of the the University of Yaoundé II – Soa. At the same time he is a political leader in the ruling party, the Cameroon People’s Democratic Movement.

He has also been a regular guest on television and radio shows, where he often declares that his political adversaries are homosexuals.

In 2019, he generated a storm of controversy over homophobic remarks he made during a university course.

On March 22, Messanga Nyamding was transferred to the Faculty of Legal and Political Sciences at the University of Ngaoundéré in Garoua. That university is in the nation’s distant north, more than 1,000 kilometers by car from Yaoundé.

One day before that transfer was announced, the IDAHO France Committee demanded that the European Parliament, the European Commission and Canada ban Messanga Nyamdingo from traveling to Europe or Canada. The committee, which organizes the International Day Against Homophobia, Transphobia and Biphobia in France, stated that Messanga Nyamding’s remarks violate the Universal Declaration of Human Rights and the values of the European Union.

Members of the LGBTI community of Cameroon greeted Messanga Nyamding’s downfall with relief.

One LGBTI rights activist stated, “We don’t want any misfortunes to befall this homophobic teacher, but we do ask for at least a minimal level of respect for homosexuals, whom he never stops degrading and treating as subhuman. As human beings, we have the right to respect and human dignity”.