A gay young Nigerian man, Adebayo, is having a hard time coping with life after his release from prison.

For his safety, the real name of “Adebayo” is not used in this article. 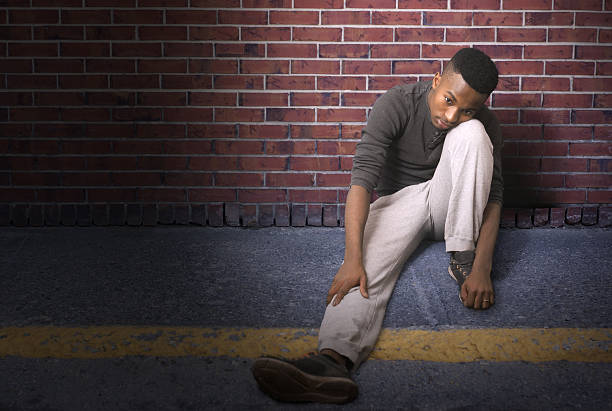 Photo for illustrative purposes only. (Photo courtesy of Istock)

Adebayo, age 24, not only spent a year in prison for a crime he says he did not commit. While he was there, his family rejected him for being gay and HIV+.

Since his release, he said, he has been struggling.

“I feel completely hopeless and depressed. It all happened so fast, it’s so unbelievable; I don’t think that I will be able to recover fully after everything that’s happened. No way for me, everything is so hard right now,” he said. 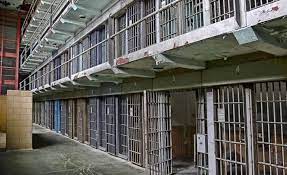 Adebayo says he was wrongly accused of theft, was arrested in December 2019, was convicted and then was sent to Kirikiri Maximum Security Prison where he spent a year serving time for a crime he’s innocent of.

“I am innocent and yet I was made to just waste a whole year in prison simply because I do not have anyone to speak for me or help me.”

Adebayo said he got into trouble after he secured employment at a hair-dressing saloon where he was underpaid.

“My trouble began when I started working for this wicked lady. After I got the job, many of her staff resigned. I tried to manage and tolerate her bad attitude, but since others left, I was overworking. I approached her to increase my salary but she kept promising and never did anything about it. After a few months, I resigned because I was over-stressing myself for peanuts.”

Adebayo said this provoked his boss, who reported him to the police with allegations that he stole items from the saloon.

“Since I wasn’t doing anything anymore and Port Harcourt was sort of slow for me, I moved Lagos. I was in Lagos when my boss called me and accused me of stealing her properties. I was surprised and I told her that I did not take anything but she disagreed and threatened me. After a few days, when I went to the bank to withdraw the small money that was in my account, I was cornered by bank staff that questioned me and said that I had a case with someone in Port Harcourt. I was taken to the police station and I was charged to court. In court, everything was rushed and I was fined to pay 300,000 naira [about US $735] or go to prison. I did not have that amount of money, so I was moved to prison.”

Adebayo said he did not want to miss his ARV’s [antiretroviral treatments for HIV], so he alerted the prison guards about being HIV-positive. They informed his family about his situation, who responded by disassociating themselves from him.

“They said that someone had informed them before of my sexual orientation, but they did not believe it, now it was HIV. They said it was a disease for people like me and so therefore I have gotten what I deserved. I was abandoned by them and that’s how I spent a year in prison”

After Adebayo’s release last month, he had nowhere to go. He was frustrated and stranded until he was able to reconnect with an old friend in Lagos who was able to take him in. With no job and constantly worrying, Adebayo struggled with his mental health, which led him to attempt suicide.

“I couldn’t stop thinking about my life and everything that happened to me. Eventually, I became very depressed — to an extent that I wanted to end it all. I took [the household insecticide and rodent-killer] Sniper but it did not kill me as I intended. Instead, I felt an unbearable sharp pain in my stomach and screamed for help. I was taken to the hospital where I was told that I had liver issues. I am currently on medication, but life is so hard and I cannot even afford full medication. It’s a huge struggle for me now. I may die, I think,” he said.