Freedom and Roam Uganda, a lesbian, bisexual and queer (LBQ) organisation, is about to publish a book urging Ugandan human rights and health-care rights advocates to incorporate acceptance of sexual and gender diversity in their work. 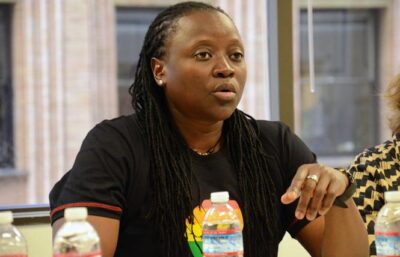 The book, titled “Queering SRHR: A Guide for LBQ Womxn”, highlights  lessons learned about how health services, health care and information can and should be more inclusive.

The focus is on the sexual and reproductive health and rights (SRHR) of LBQ womxn, who are referred to using the alternative spelling “womxn” to be inclusive of trans and non-binary people and to avoid the suggestion of sexism that some perceive in the letters “m-a-n”.

Living in a country where sexual orientation and gender identity (SOGI) are highly politicized and moralized, and the voices of LBQ womxn are not heard, Freedom and Roam Uganda (FARUG) believes that the book will be an important addition to the ongoing campaign for equal access to sexual and reproductive health services.

An author of the soon-to-be-published book who is known as Sasha says LBQ womxn in Uganda face discrimination, exclusion and stigmatization, and as a result have difficulty accessing much-needed SRHR information and services.

“As long as you’re fighting HIV, you shouldn’t leave out anyone,” adds Joanita Warry, FARUG executive director. If lesbians are more reserved about discussing their sexuality, that doesn’t mean they aren’t also at risk of contracting HIV, she says. (See the documentary “Beyond Inclusion: The Lived Realities of Ugandan LGBT Persons in Access to Healthcare” starting about 5:36.)

Sasha says exclusion, discrimination and stigmatization have pushed many LBQ womxn into depression, with some becoming suicidal and others resorting to substance abuse.

“It is therefore essential to provide organizations advocating for Sexual Reproductive Health Rights (SRHR) and SRHR service providers with opportunities to learn how to be more inclusive of all those within the communities they serve,” she says.

How can sexual and gender diversity be mainstreamed? 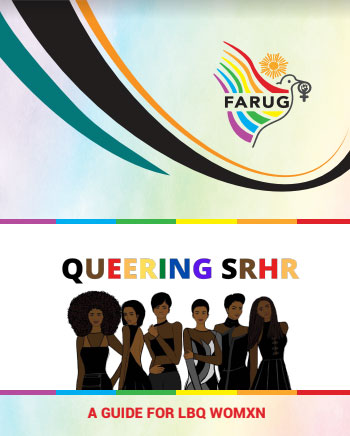 The cover of “Queering SRHR: A Guide for LBQ Womxn”

Questions about inclusivity for LBQ people often come up in SRHR discussions. The book provides some valuable lessons from communities throughout Uganda.

It reveals that many SRHR organisations, including those with a strong human rights vision, do not fully apply their rights-based vision in practice and leave sexual and gender diversity untouched.

The book also highlights the existing gaps in SRHR, which include lack of inclusive language and stigma from within and outside the LBQ community.

Intersex people are reported to be facing stigma from within the community, a tendency that Sasha says undermines the struggle.

“Like many of my generation, I did not grow up talking about these issues. But I learned to speak out because lives are at stake, and because it is our duty to protect the rights of everyone, everywhere” Sasha said, justifying her key role in putting the book together.

Although sexual and gender diversity and same-sex relationships are a part of traditional culture in Uganda, they are often seen as too sensitive and too contentious for policy makers and civil society to speak about.

“I look forward to the day when being an LBQ womxn will be normal,” Sasha said.