Namibian Justice Minister Yvonne Dausab has announced that scrapping the criminal prohibition on same-sex intimacy is among 31 pieces of legislation deemed obsolete that will be proposed for repeal. Dausab has said the repeal could be done by the end of the year, the Windhoek Observer reports. 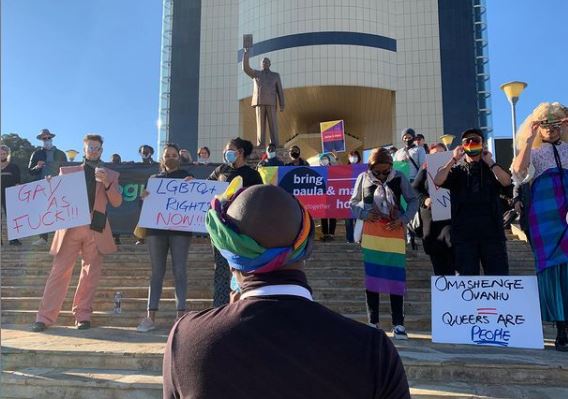 Sodomy is not directly addressed in Namibian law, but between men it is considered an offence under Namibia’s colonial-era Roman-Dutch common law. It is also referred to under Namibia’s Criminal Procedure Act of 2004 as an offence for which an officer is allowed to make an arrest without a warrant. Arrests on a charge of sodomy are rare. 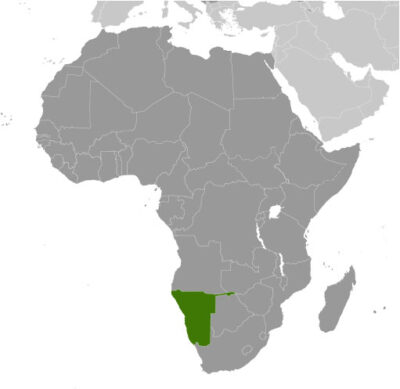 Location of Namibia in Southern Africa

The Law Reform and Development Commission, which is charged with making recommendations for the reform of Namibia’s Laws, on May 25 presented a report to the Justice Minister titled “Abolishment of the Common Law Offences of Sodomy and Unnatural Sexual Offences”.

Dausab told the Windhoek Observer that she will propose the reforms to the Cabinet in two weeks, after which it will be debated by a Cabinet committee before being presented to the National Assembly, where the governing SWAPO party holds a majority of seats.

“I think give or take we may see this go to the National Assembly before the year ends,” Dausab said.

The LGBT rights movement in Namibia has attracted significant attention and support in recent years. When the United Nations Human Rights Committee called on Namibia to repeal its sodomy law in 2016, the Ombudsman of Namibia John Walters echoed that call.

“I think the old sodomy law has served its purpose,” said Walters. “How many prosecutions have there been? I believe none over the past 20 years. If we don’t prosecute people, why do we have the act?”

Numerous lawmakers and the First Lady of Namibia have called for the law’s repeal over the last five years.

The Namibian government is also currently fighting several court cases from same-sex couples who are seeking recognition of their marriages overseas and parenting and citizenship rights for their own children.