Evan, Kane, Roro, Gold, Medgar, Dylan, Nick and Allen are locked up in Cameroon’s Yaoundé Central Prison, serving sentences for whom and how they love. You can help get them out. 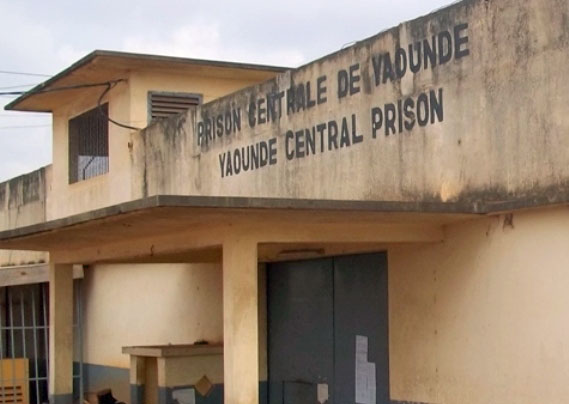 Those eight gay and lesbian Cameroonians are serving sentences ranging from 18 months to two years after being convicted on homosexuality charges between May 17, 2019, and Oct. 19, 2020, amid the nation’s ongoing crackdown on its LGBT citizens. After their prison sentences end, they will go free — but only if they can pay fines and court costs ranging from $315 to $370 that were imposed on them as part of their sentences.

None of them has the money to pay those fines, so they face the prospect of working off the fines by remaining a further four to six months in their cells.

Project Not Alone 2021 is also raising money for deliveries of food and hygiene items for LGBT prisoners, because the dirty, crowded prison forces inmates to live on one small meal per day. The deliveries will be made by activists from Erasing 76 Crimes and the local LGBTQ advocacy group Camfaids.

The project is also seeking funds to pay the expenses for attorneys from Defenders Without Borders who have agreed to work pro bono to defend three other imprisoned victims of Cameroon’s homophobia. The three are Ford and Bill, a gay couple who have been at the prison awaiting trial since March 2020, and Nicky, a trans man who has been imprisoned there without trial since February 2020.

None of the 11 prisoners has been charged with any criminal offenses other than homosexuality.

Project Not Alone 2021 is seeking $7,226. That’s $3,014 to pay the eight LGBT men’s fines; $1,982 for a series of four bimonthly deliveries of food and hygiene items to all 11 LGBT prisoners; and $2,230 for the expenses of pro-bono legal representation for Ford, Bill and Nicky. (For each of those three men, the estimated legal expenses include $367 for initial court filings and copies of court documents, $321 in fees and other follow-up expenses, and $55 for a required security deposit. Their attorneys will work for free.)

Donations to Project Not Alone 2021 may be made via:

Links to articles about the previous three phases of Project Not Alone are below.

This design of three women behind bars represented the three prisoners at Bertoua Central Prison who were helped in Phase 3 of the Not Alone / Pas Seul Project.

Images representing the three gay prisoners in northern Cameroon who were freed early through the work of Phase 2 of the Not Alone / Pas Seul project and its donors.

Articles about Phase 2 of the Not Alone / Pas Seul Project in northern Cameroon:

Images representing the three gay prisoners in Yaounde whose only crime was being gay. Through Phase 1 of the Not Alone / Pas Seul project, they received much-needed deliveries of food and hygiene supplies.

Articles about Phase 1 of the Not Alone / Pas Seul Project in Yaoundé: