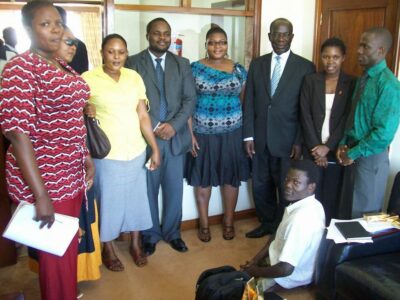 LGBT and sex workers rights activists demanded the right to health care during a past meeting with current Ugandan Vice President Edward Ssekandi (fourth from right) while he was still Parliament Speaker.  Despite continued demands for access to care, treatment and support, LGBT people still face a higher disease burden due to being criminalised in Uganda. (UhspaUganda file photo)

According to the report, released earlier this year, the barriers include outright denial of services, stigma by unprofessional health workers, stock-out or absence of essential SRH commodities and services needed by LGBTQI persons.

One of the main concerns raised by the LGBTQI persons is that when service providers get to know their sexual orientation or gender identity, they tend to avoid providing their health services.

“Once the service providers discover their (LGBT) sexual orientation, some of them begin avoiding them. They don’t want to provide them with the services they need because, to them, they look at them as ‘spoiled people.’ We even had health workers we would think they would understand but they weren’t”, according to the District Health Officer of the Mbale District in Eastern Uganda, as quoted in the report.

According to the report, some LGBT persons mentioned that they were subjected to insults, stares, and uncomfortable glances from other patients who tend to look at them as different.

A lesbian patient admitted to hospital in 2019 after being allegedly assaulted by a medical doctor in Kampala for being an LGBT community member. (Photo courtesy of Campus Liberty Uganda)

Such experiences were commonly reported by LGBT persons who have attempted to receive services from public health facilities that serve the general population. This was compounded by the fact that none of the health facilities visited had separate days, hours or spaces designated for serving LGBT persons.

“Consequently, most of them never wish to return to such facilities for services” the report reveals.

Failure to understand the unique needs of LGBT persons also came up among the barriers to LGBT persons’ access to SRH services.

Sexual Reproductive Health services are a sensitive issue in most communities.

Some LGBT persons reported that that most service providers hardly understand their needs and concerns.

“The challenge we face you meet a health worker, trained and skilled, and s/he asks you whether you are a man or a woman. One told me ‘Are you a man or a woman?’ And I answered her ‘Do you want a specific gender to treat or what. A man or a woman?”’ She told me I should go back and dress well like a woman and then I come back. So I missed treatment” says one of the respondents in the study.

Other studies have also shown how some members of the LGBT community fear visiting health facilities or seeking health care because of anticipated stigma and discrimination. For example, the 2019 Stigma Index Survey established that 12.1% of the Ugandan participants felt afraid to seek health services because they were worried someone might learn they were gay/lesbian and 12.1% have avoided seeking health services because they were scared that someone may learn they were gay/lesbian.

“Yes, we need them, we need hormones for ourselves but they aren’t available. If as a person, I need to fully transform but that’s still a dream because those services are too expensive and not available in Uganda,” said a transgender man in Mbale.

Not all health facilities provide services for LGBT people, the study found. Consequently, LGBT people living near those facilities have to travel long distances to access SRH services. Some LGBT persons have improvised by using social media connections and reaching out to one another, but the challenge remains. 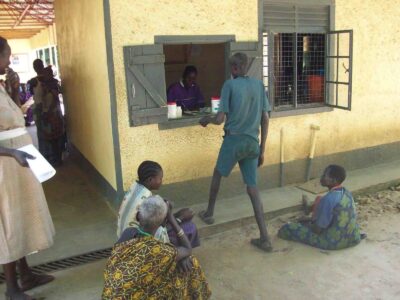 The majority of Ugandans are poor and have difficulty accessing health care. The situation is even more difficult for LGBT persons. (UhspaUganda file photo)

The report stated that key SRH needs for all LGBT persons include: 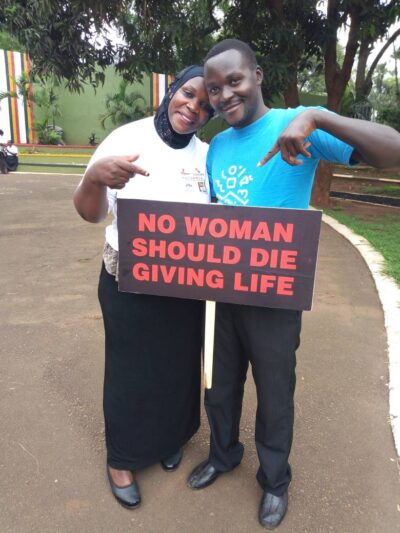 Joto La Jiwe, the author of this article, is a Ugandan correspondent for the African Human Rights Media Network and a member of the Uganda Health and Science Press Association. He writes under a pseudonym. Contact him at info@76crimes.com