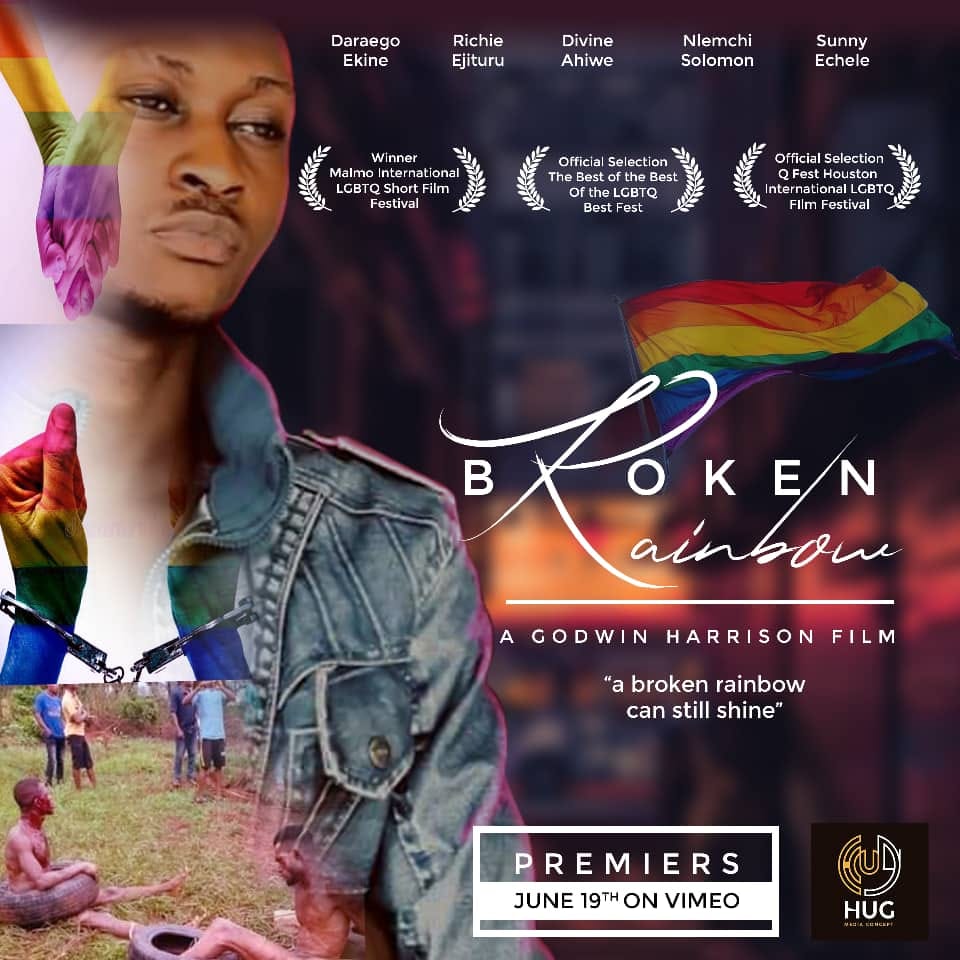 The film’s overall reception has been very positive, as it has screened at several international LGBTQ film festivals and won several awards. Among its honours, it received an award for Best International Film at the 2021 Malmo International Film Festival, and actor Ejituru Richies recently won Best Actor in the foreign-language category at the just concluded 2021 Reel Asia Film Festival held in Thailand.

On Facebook, fans of the film have posted high praise.

“I practically cried throughout. It’s so relatable,” reads one comment announcement of the film’s debut.

Another who gave a fairly positive comment wrote: “I think it’s the first movie I watched that ‘seamlessly’ reflected on role unfaithfulness,” reads another. “My moment is when Ziko told the annoyingly pretentious Kem off. Terfa’s ‘Her church, that church’ line made me laugh”

Broken Rainbow is the second gay-themed film released by HUG Media Concepts, after the negatively received film Lifestyle was released online last year. The producers said they wanted to partner with more LGBT people to better reflect the community, and judging from the positive reviews Broken Rainbow has received, it seems they have gotten it right this time. .