Organisers of the 2021 International Conference on AIDS and Sexually Transmitted Infections in Africa (ICASA) have remained silent about prospects for the conference as violence rips through  the host city Durban, South Africa, following the jailing of  the country’s former President, Jacob Zuma.  By Wednesday, 72 people had been confirmed dead. All the official ICASA2021 communications channels are silent as looting, riots and death spreads across South African cities and highways. 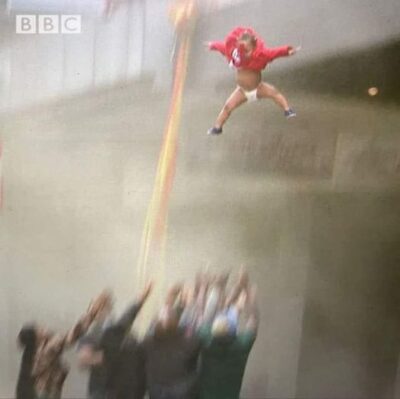 A mother this week was forced to throw her young child from a burning building during rioting in South Africa set off by the imprisonment of former president Jacob Zuma. (Photo courtesy of the BBC)

Uganda earlier lost host rights for ICASA2021 over accusations of police brutality related to the campaign leading up to this year’s Presidential and Parliamentary elections.

Ugandan homosexuals had hoped that the December 2021 conference would help put a global spotlight on Uganda’s discrimination and restrictive public health access policies on the basis of sexual orientation and or gender identity.

But the Society for AIDS in Africa (SAA), which organises the conference, declared that “Without peace, security, and a conducive environment for all, we have no option but to revoke the hosting rights of Uganda.”

The conference was transferred to Botswana, a southern African country with a population of more than 2.3 million.  Botswana President Mokgweetsi E.K. Masisi on Dec. 22, 2020, announced that the country would host the conference.

President Masisi stated: “This conference is expected to bring over 4,000 delegates from all over the world. We made a promise that Botswana shall be a host of international conferences and events and this is the beginning. I have asked the Minister of Health and Wellness, Honourable Dr Edwin Dikoloti, to prepare Batswana [people of Botswana] for this event. Our hotel and lodging facilities must be up to the international standard. Our transport system must be well organised and all these must be provided by Batswana.”

But due to widely perceived lack of capacity to host the conference, ICASA 2021 was again moved — this time to Durban, South Africa.

The violence in Durban, South Africa 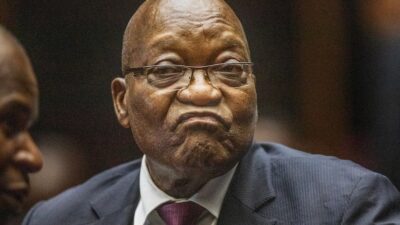 South Africa’s former president Jacob Zuma is in custody after handing himself over to police, the culmination of a long legal drama seen as a test of the post-apartheid state’s ability to enforce the rule of law.

Zuma, 79, was handed a 15-month prison term last week for defying an instruction earlier in February to give evidence at an inquiry into corruption during his nine years in power, which lasted until 2018.

South Africa’s Constitutional Court gave the former leader, who was not in court for the sentencing, until Wednesday night  to hand himself over to authorities. 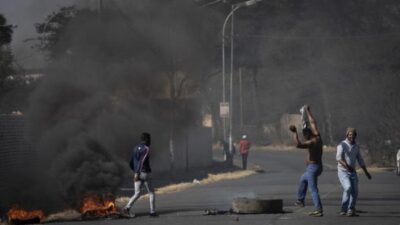 Angry youths, calling for the release of Jacob Zuma from prison, block roads in Durban. (Photo courtesy of 7news)

Human rights defenders are beginning to question whether the death of 72 resulting from rioting, looting and related police violence in Durban make the city an unacceptable location for the conference. At the time ICASA moved the conference from Uganda, 49 people had died last  November in Uganda..

“I hear they now want to take it to DR Congo or South Sudan. Uganda is now stable, though,” stated a Ugandan activist. (Name withheld due to sensitivity of the matter shared in a group communication channel.)

They criticized the administration of President Yoweri Museveni for “crushing opposition voices and presence while trampling human rights” during political protests during the run-up to Uganda’s upcoming national election in January.

Ugandan President, Yoweri Museveni  blamed the protests on “homosexuals who do not want a stable Uganda.”

Among the requirements for potential ICASA host countries, SAA demands:

Founded in 1989, SAA is an African-led and owned organisation that collaborates with other national, sub-regional, regional, continental and international organisations and partners, to promote and institute policies and promote research to support governments’ national responses and approaches to fight HIV and HIV co-morbidities as well as emerging viral infections across the continent. 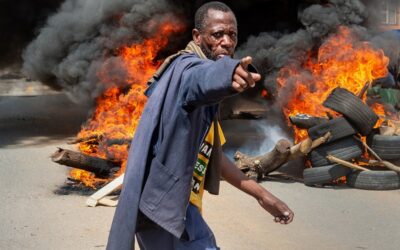 A man walks past a blocked road in Johannesburg during Free Jacob Zuma riots. (Photo courtesy of The News Dispatch)