Transgender rights defenders in Uganda have issued a desperate appeal for food for the transgender community amid the ongoing COVID-19 countrywide lockdown. More than 524 trans persons are on the verge of starvation and failing anti retroviral drugs uptake if no food is secured within 14 days, the activists say. 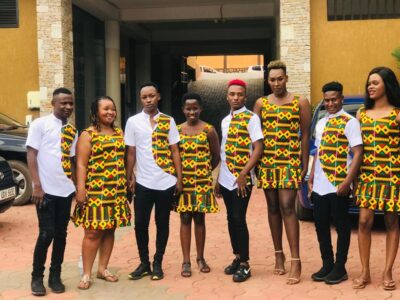 Some members of the transgender community in Uganda. (Photo courtesy of Transgender Equality Uganda)

The transgender leaders from Initiative for Rescue Uganda (IFRUganda), Transgender Equality Uganda (TEU) and Uganda Network for the Transgender and Gender Non-Confirming Persons (UNTGNCP) said Thursday in Kampala that their members have run out of food and essential basic supplies.

Uganda is under is under a 42-day lockdown announced June 6 by President Yoweri Museveni to curb an upsurge in COVID-19 infections and deaths. It includes the closure of schools and open markets, suspended church services, and some travel limits, according to Reuters. In the past, security forces and the police have been accused of arbitrary arrest and shaming LGBTIQ members during lock downs.

“Anyone who can help, please help. Our members keep calling but we have no food at all,” says Williams Apako, UNTGNCP Executive Director. He says the network was able to get some small funds to get food at the beginning of the lockdown, hoping that government would provide more since people are no longer working, but no food aid has so far been given out.

“At most, the little we have can only go for two weeks,” Apako says. 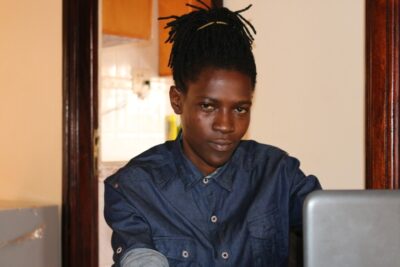 “It’s such a big mess. The landlords are threatening trans people out of their houses. Our members have run out of food. If any one can help us, kindly help,” Princess Rihanna, Executive Director of IFRUganda, says.

“During lockdown last year, we had some food support, but now we don’t have any food. Every one is on their own. Some trans people have run to shelters, but again they fear arrests. I am told at some homeless shelters, they can only eat once a day,” says Beyonce Karungi, Executive Director of Transgender Equality Uganda, an organization that focuses primarily on trans women.

“Some of our members are sex workers. That’s how they earn a living. Now bars are closed. Movement has stopped,” Karungi says.

Hajara Batte, the Key Populations representative to the Global Fund Board Country Coordinating Mechanism in Uganda, acknowledges that there is a big food problem.

“Right now, we don’t have enough food. The only food we have is for HIV-positive female sex-workers who are on AIDS drugs medication,” Batte says.

She said that the key populations community needs to find sources of food sooner. “Where to get it (food), I don’t know,” she says. 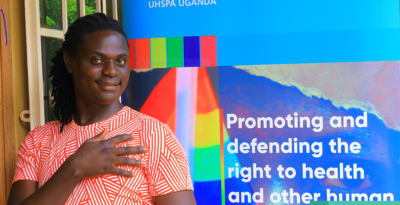 On Thursday, the government began disbursing cash to buy food to vulnerable Ugandans, but trans people face barriers to accessing it.

Each person is being given 100,000 shillings (approximately US $28), distributed through mobile money services. To get the money one must register using their national identification card, which many trans Ugandans don’t have.

Apako says that’s because the law governing national identification cards, the Registration of Persons Act for Uganda, insists that all people in Uganda are either male or female. Any one claiming to be gender non-conforming may be jailed for up to seven years for allegedly giving a government official false information about who they are.

“There is also a lot of stigma,” Apako says. “Transgender persons are easily identified in society due to facial expressions. Most people think all trans people are homosexuals, which is too dangerous and wrong in the current situation.”

Apako says trans Ugandans face obstacles to social inclusion because they cannot participate in most social endeavors due to this law. Being outed as a trans person also carries significant risks that are amplified by government policies that impose burdens on trans people trying to access services.

“Government first said, you go to local council one for registration. Now they changed to, you go to town clerk’s office. The problem is at the town clerk, your land lord may be accused of housing homosexuals and get thrown out,” Rihanna says. 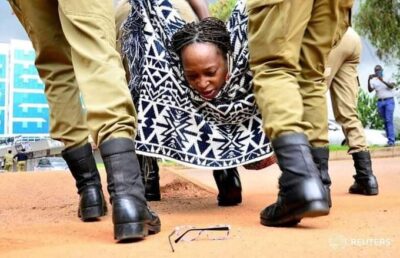 Right to food not guaranteed under Ugandan constitution

Uganda’s constitution does not guarantee a right to food. Still, human rights defenders have sued the state in the country’s court of appeal demanding a right to food in domestic law.

Access to food security is only mentioned in the Constitution under National Objectives and Direct Principles of State Policy. It states under Social and Economic Objectives:

The State shall endeavour to fulfill the fundamental rights of all Ugandans to social justice and
economic development and shall, in particular, ensure that

(i) all developmental efforts are directed at ensuring the minimum social and cultural well-being of
the people; and 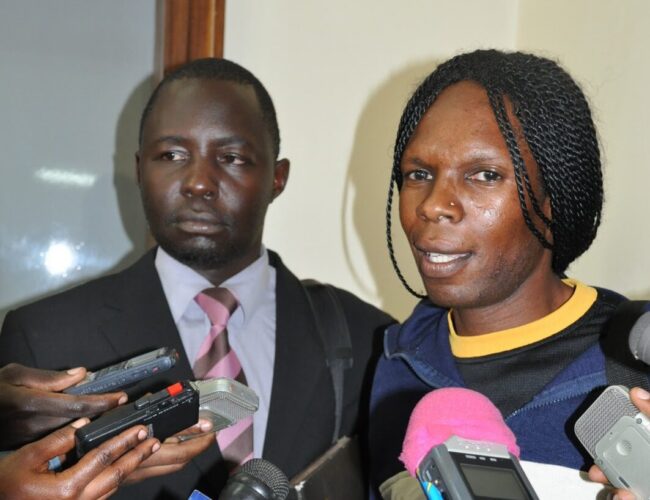 Transwomen activist Beyonce Karungi (R) and Rights to Health activist Kikonyogo Kivumbi, both founding directors of Transgender Equality Uganda, answer questions from media after petitioning the Ugandan parliament for the right to health and an end to discrimination in public health in Uganda. (Photo courtesy of UhspaUganda)