As part of the struggle to end violence against LGBTI people in Cameroon, the LGBTI rights and anti-HIV group Alternatives-Cameroon held a training session for law enforcement and judicial officials on Sept. 23 and 24. 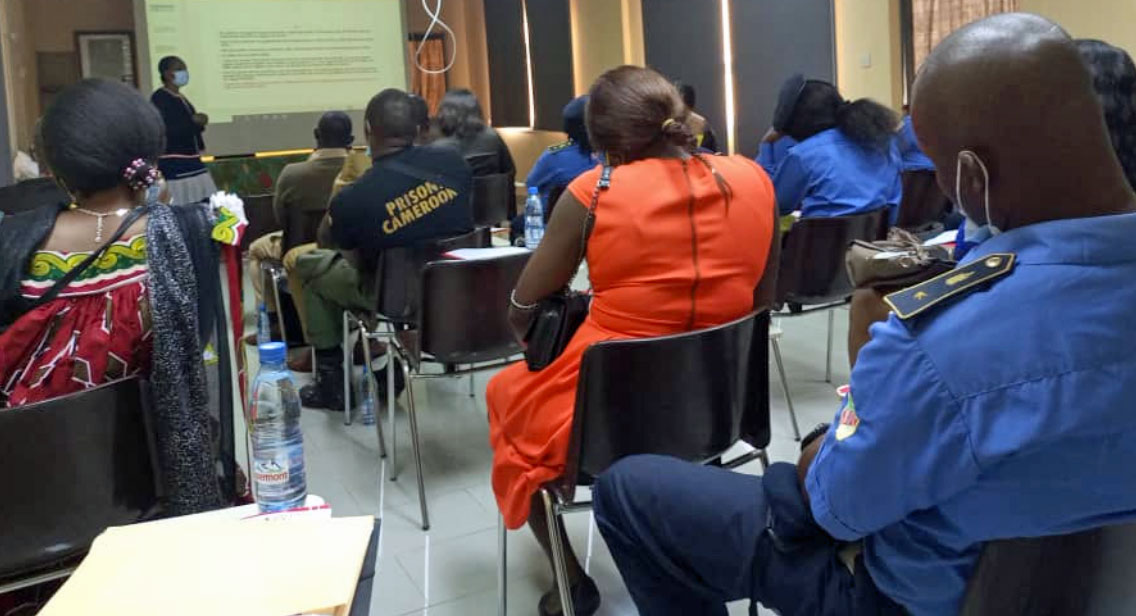 Workshop for police and prison officials organized by Alternatives-Cameroon.

The workshop was organized in response to a recommendation that Cameroon should “protect women, girls and all other vulnerable persons from all forms of violence”. That recommendation, which implied an obligation to fight against violence against LGBTI persons, was made during the most recent Universal Periodic Review (UPR) of human rights in Cameroon.

The UPR reviews of each nation’s human rights record are arranged on a rotating basis according to a schedule from the U.N. Human Rights Council.

The Sept. 23-24 workshop began with an analysis of the fight against HIV among LGBTI persons in Cameroon. Despite efforts of the Cameroonian government, the prevalence of HIV has risen among the key populations most at risk of infection, which include sexual minorities.

To address this problem, a task force is being developed to improve the care and support of key populations, which will be included in the upcoming National Strategic Plan for the fight against HIV/AIDS.

“The number of new infected people is increasing because key populations resort to risky sexual practices, which expose them to the virus,” said a police commissioner who took part in the workshop.  “We are working to ensure that infected people are taking their [anti-HIV] medication and have an undetectable viral load.”

A study is under way to gather more data about HIV among both transgender people and men who have sex with men (MSM), he said.

Cameroon’s first UPR was in 2009, followed by reviews in 2013 and 2018. The next one is scheduled for 2022. Over the years, the government of Cameroon has gradually dropped its skepticism about the recommendations it receives via the UPR.

Since 2009 Cameroon has been questioned three times about its criminalization of homosexuality. Three times the government has taken no action to change the law.

Cameroon’s approach to the issue of homosexuality is health-related, one participant said. That approach means respecting human rights by working to ensure that the needs of key populations most at risk of HIV are integrated into all public health policies.

One law enforcement official expressed gratitude to community-based organizations such as Alternatives-Cameroon for the advocacy work they are doing to limit gender-based violence and to improve access to health care for key populations.

At first, she said, she saw no reason to address LGBTI issues in the workshops. Now, however, she sees the merits of the work.

Even at the level of police stations, she said she sees real progress. Trained police officials there have become like sentinels against LGBTI rights abuses and can also train their colleagues, she said.