Kenyan lawmakers are considering a bill to prohibit gays and lesbians from using surrogate mothers to have children. 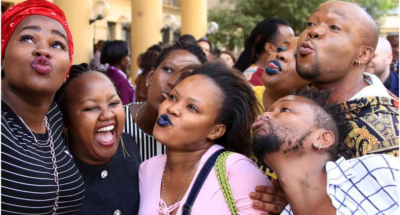 Members of the Kenyan LGBTQ community assemble outside the High Court in Nairobi in 2019, awaiting a ruling that they hoped would  decriminalize homosexuality. (File photo)

This is an edited and abridged version of an article by Sam Kisika that first appeared in the Washington Blade.

Local Kenyan media is reporting that, to lock out gays and lesbians, anti-LGBTQ members of parliament amended the bill to exclude same-sex couples.

If the bill is enacted, any gay or lesbian found guilty of using a surrogate mother to have a child would risk a fine of up to Sh5 million ($50,000), a jail term of up to five years or both. The bill would also require a qualified medical doctor to certify that an individual is infertile before proceeding to find a surrogate mother.

This requirement is not only a big blow to thousands of gays and lesbians in Kenya but also hundreds of surrogate mothers like Mary and Rebecca in Nairobi who, through the Find Surrogate Mother public website, carry pregnancies for all couples including heterosexuals, gays, lesbians, single women and single men who want to have children.

The proposed law, which is the first of its kind in Kenya, also would criminalize engaging in surrogacy to make money.  Currently, the overall cost of surrogacy in Kenya is estimated at Sh4.5 million ($45,000).

A special directorate under the Health Ministry would oversee surrogacy activities in the country. The bill requires a surrogate mother to be over 21 years old with at least one child.

The new law would add to Kenya’s existing anti-LGBTQ laws, including Sections 162 and 165 of the Kenyan Penal Code, which criminalize consensual same-sex sexual relations, viewed as “acts of indecency or unnatural offenses”, and the Penal Code’s ban on gays and lesbians from adopting children. 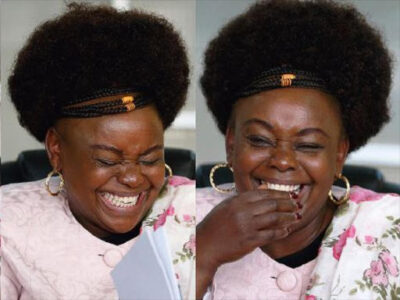 Millie Odhiambo, MP for Suba North,  introduced the bill  to the Kenyan Parliament and appeared before the parliamentary health committee to urge its passage. (Photos courtesy of the Star newspaper)

Kenya, many other African countries, has refused to recognize the rights of the LGBTQ community despite pressure from LGBTQ citizens and Western countries.

For instance, in 2015 President Uhuru Kenyatta during a joint press conference with then U.S. President Barack Obama at the State House in Nairobi ,flatly rejected his visitor’s demand for the protection and promotion of gay and lesbian rights in the country.

Kenyatta insisted that, though Kenya “shares a lot with the U.S., gay rights were not among them.”

In July 2021, a coalition of 27 global corporations including Microsoft, Google, Barclays, Standard Chartered, IBM, PricewaterhouseCoopers, American Express and Burberry, demanded that Kenya recognize the rights of gays and lesbians if the country wanted the companies to inject billions of Kenyan shillings into the economy.

The global firms in a report dubbed “The Economic Case for LGBT+ Inclusion in Kenya” warned that the country loses between $65 million and $143 million annually because its discriminative environment was keeping away some tourists. Still, Kenya remained unbowed.

Several rights groups like Kenya’s National Gay and Lesbian Human Rights Coalition and UNAIDS have criticized the continued enactment of laws that discriminate against the LGBTQ community.

The National Assembly’s Health Committee, the sponsor of the surrogacy law, collected views from numerous key stakeholders in the health sector like the Intersex Persons Society of Kenya which has a population of 1,524 in Kenya as per the 2019 Census. However, the Gay and Lesbian Coalition of Kenya, (GALCK), was notably sidelined in the committee’s public hearings.

The Kenyan Senate is expected to debate the bill once it reconvenes on Feb. 8. The president would sign it if it passes.