The Most Rev. Bishop Paul Ssemwogere has today (Jan. 25) officially been installed as the  Archbishop of Uganda’s Kampala Archdiocese, replacing the late Archbishop Cyprian Kizito Lwanga, who died in April of last year. 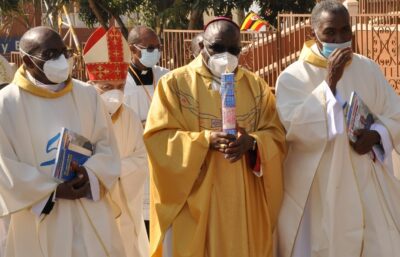 In the past, Ssemwogerere has spoken out against homosexuality, but has not focused on that issue since he was selected to become archbishop.

In 2016, as a prominent church leader, Ssemwogerere campaigned against a proposed sex education programme for Uganda’s schools, alleging that it promoted homosexuality, which he described as contrary to nature and church teachings. The programme was pushed by international donors, he said.

“The donors bring money; now that programme they brought along is teaching our children homosexuality. It is now in 100 schools. Please parents; it is your responsibility to teach children sex education rightly,” he was quoted as saying in the Uganda Observer

Today’s ceremony was led by the Apostolic Nuncio to Uganda, His Excellency Archbishop Bianco Luigi, the Catholic radio station Radio Maria reported.  The installation was witnessed by a variety of officials from different spheres of life. Several archbishops, bishops, priests, nuns, special guests and hundreds of other Christians attended the ceremony in the fully packed Lubaga Cathedral in Kampala.

Ssemwogerere’s confirmation was certified in a letter from Italy that was read before the congregation.

The Catholic Church in Uganda is an important institution in the welfare of the people, with many health care, education and other vital services under the church. Some LGBT activists fear that faith-based services that discriminate against queer people may put them at greater risk of poor health. (For an analysis on the role of faith-based health care in Uganda, see the 2019 article “Fear: If unchained, faith-based bias would crush LGBT medical care”.) 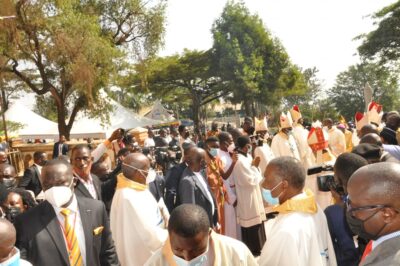 Some of the Catholic faithful who turned up at Lubaga Cathedral in Kampala today to witness the installation of Paul Ssemwogerere as archbishop. (Photo courtesy of Catholic News Kampala) 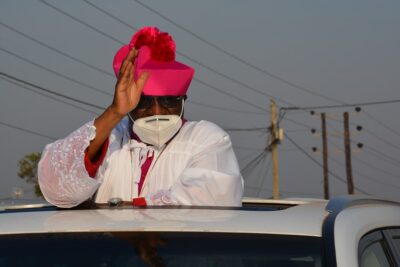 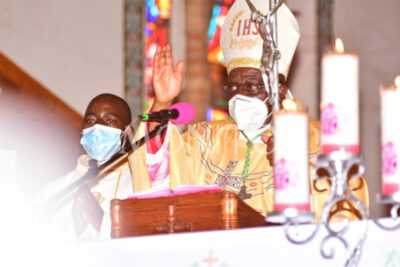