Human rights activists in Uganda have launched a new campaign to end religious inspired homophobia, with a call to Abrahamic religions to embrace love and diversity. The ongoing campaign can be found using the hashtag #SayNoToReligiousHomophobia on social media. 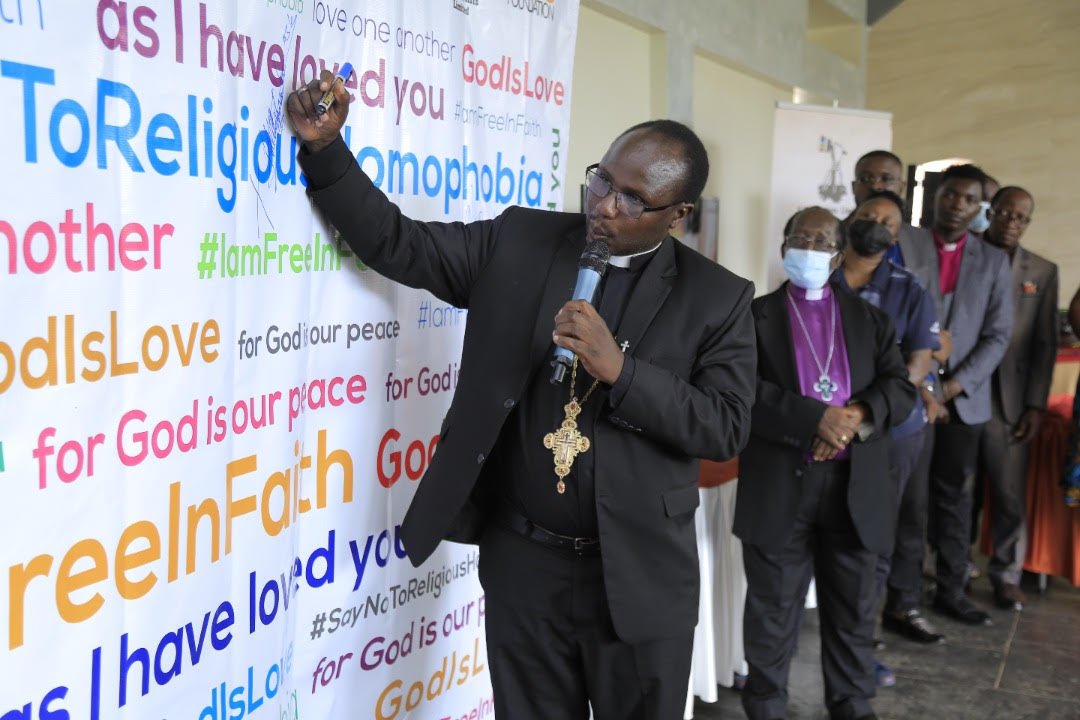 Bishop Wenceslaus Tumuhimbise of the Cistercian Order of the Holy Cross signs the pledge to “Say No to Religious Homophobia” in Kampala, with other religious leaders queuing up behind him. (Photo courtesy EAVA)

“We’re all God’s children,” says Vincent Kyabayinze, executive director of East African Visual Artists (EAVA), explaining the purpose of the “Say No to Religious Homophobia” campaign. “The LGBT community is our primary focus.”

The 50-plus activists and leaders who signed the pledge included church leaders, pastors, bishops, reverends and lay people. New LGBT-inclusive and affirming religious leaders also signed the  pledge. The campaign will be ongoing, with a goal to enhance inclusion and acceptance of LGBT people in communities.

Kyabayinze describes the campaign as a new effort to reassure LGBT people that they are accepted in faith communities. It will also focus on faith leaders and LGBT people to develop strategies that advance LGBT inclusion, safety, and true equality in society and places of worship.

Kyabayinze says that although LGBT persons experience unique challenges, transgender women face even more violence from the public and are often beaten, arrested, and evicted from homes. 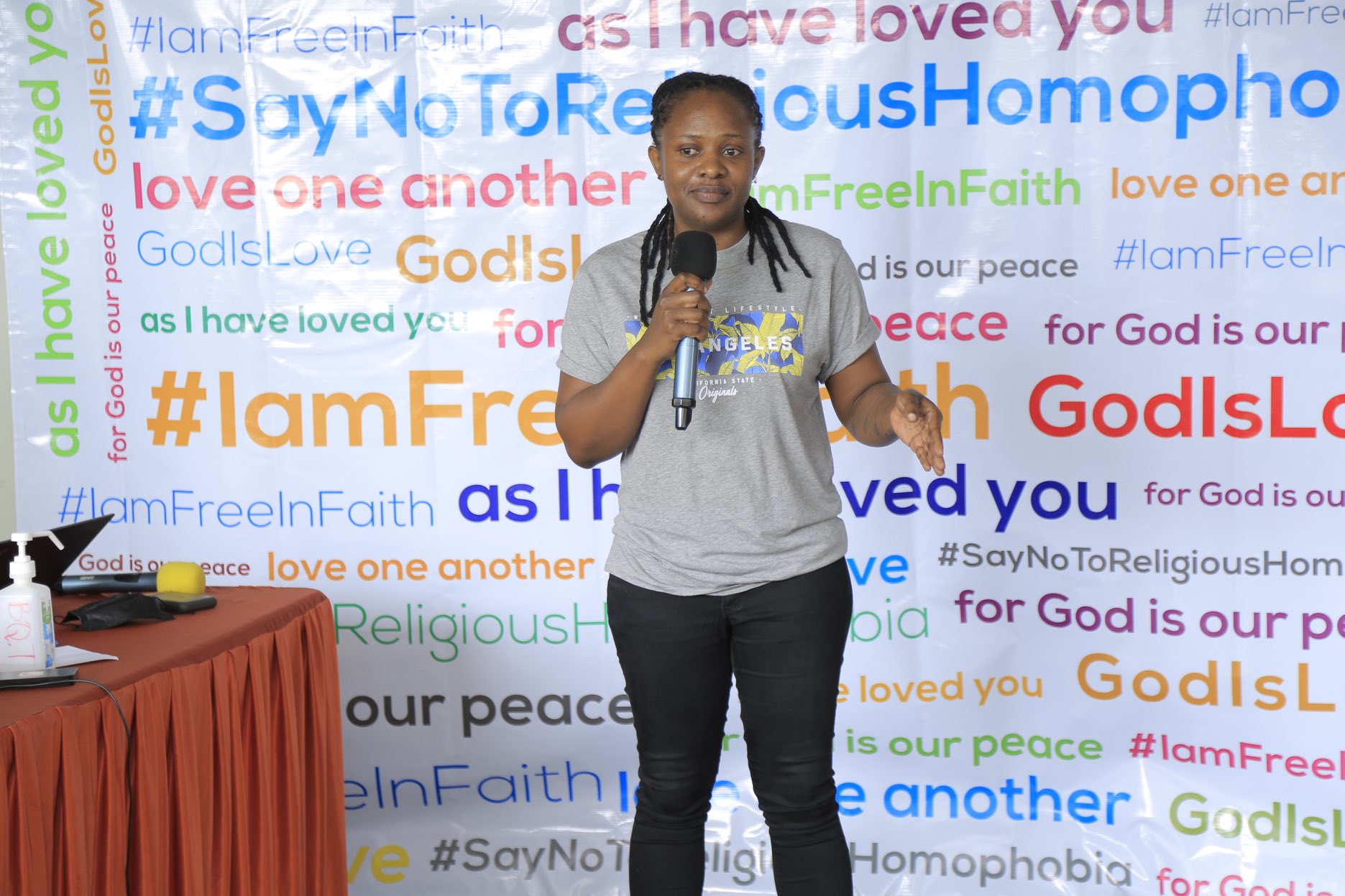 Ruth Muganzi, chairperson of East African Visual Artists board of directors (L), inviting religious leaders to sign a pledge to “Say No to Religious Homophobia” on March 9, 2022 in Kampala. (Photo courtesy of EAVA)

“Many anti-LGBTI faith leaders continuously attack the LGBT community in their preaching. As a community, depending on the geographical location, LGBT persons generally are a target for politicians and religious leaders who seek public approval. LGBT persons are often denied their right to worship, which is traumatic and disruptive to LGBT youth and persons above 40 years. This is where we want religious leaders to come in,” he says.

EAVA Board Chairperson Ruth Muganzi says she is a proud lesbian, and that she knows God loves her, but she says many religious leaders have made life and acceptance for same-sex loving people to be embraced in the communion.

“But change is coming,” she says.

Why religious homophobia matters in Uganda

Uganda is a religiously diverse country. According to official government estimates, Roman Catholics make up 39 percent of the Ugandan population, followed by Anglicans with 32 percent, Muslims with 14 percent, and Pentecostal Christians with 11 percent. Other religious groups, which collectively make up less than 5 percent of the population, include Seventh-day Adventists, adherents of indigenous beliefs, Baptists, Orthodox Christians, Hindus, Jews, and those with no religious affiliation.

Faith and church leaders are some of the most influential people in social, economic, political, and moral debates that shape society’s perceptions of LGBT people and communities.

According to EAVA, the political alignment of anti-LGBT faith leaders has resulted in the passage of laws that criminalise the existence of LGBT people, thus escalating violent attacks, homelessness, and unemployment. 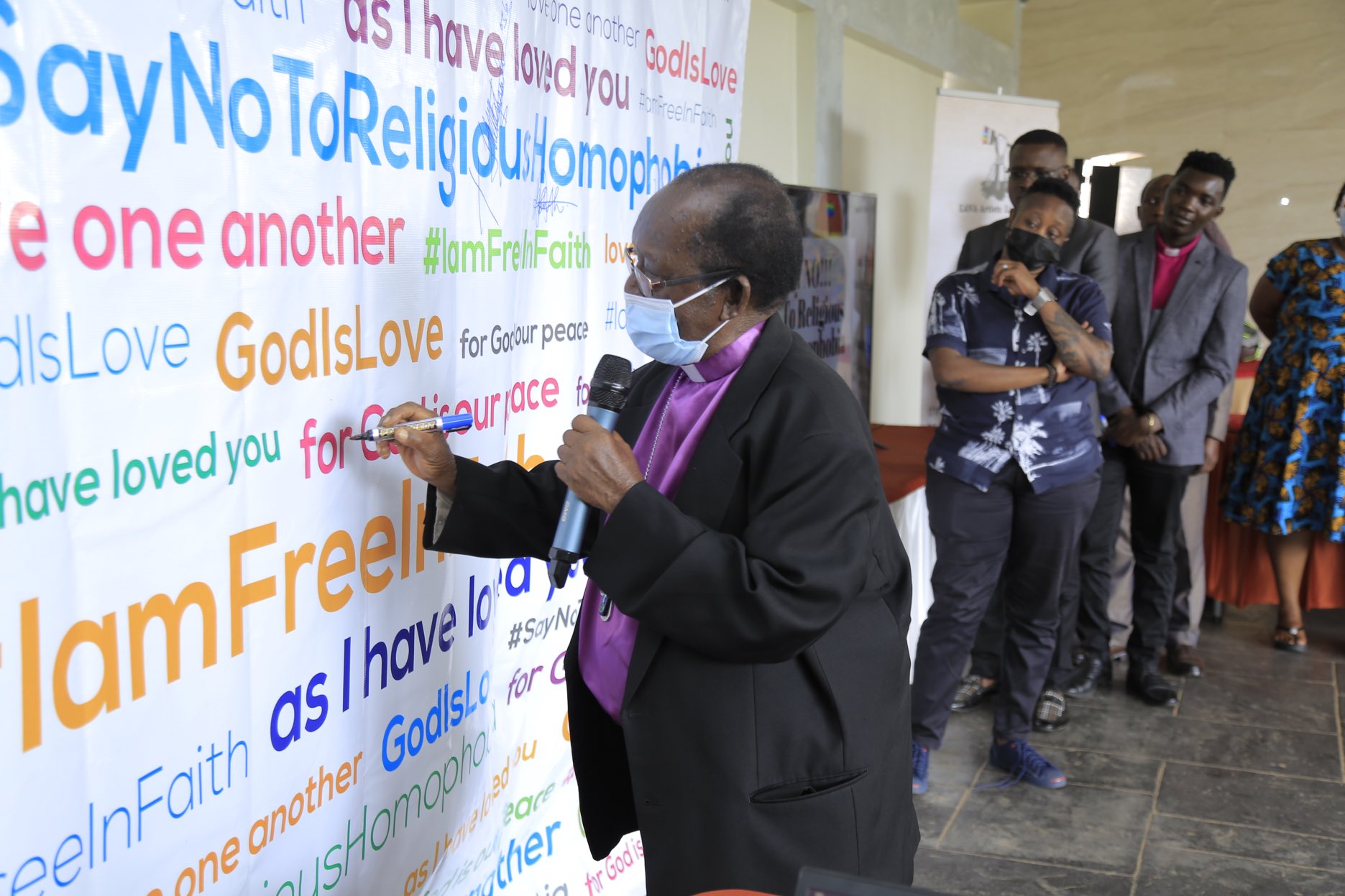 In 2020, EAVA Artists interacted with 15 faith leaders who were willing to advocate for LGBT rights and inclusion in places of worship and society. The team produced the documentary film A Voice Within, the first of its kind in Uganda, featuring LGBT-affirming religious leaders. 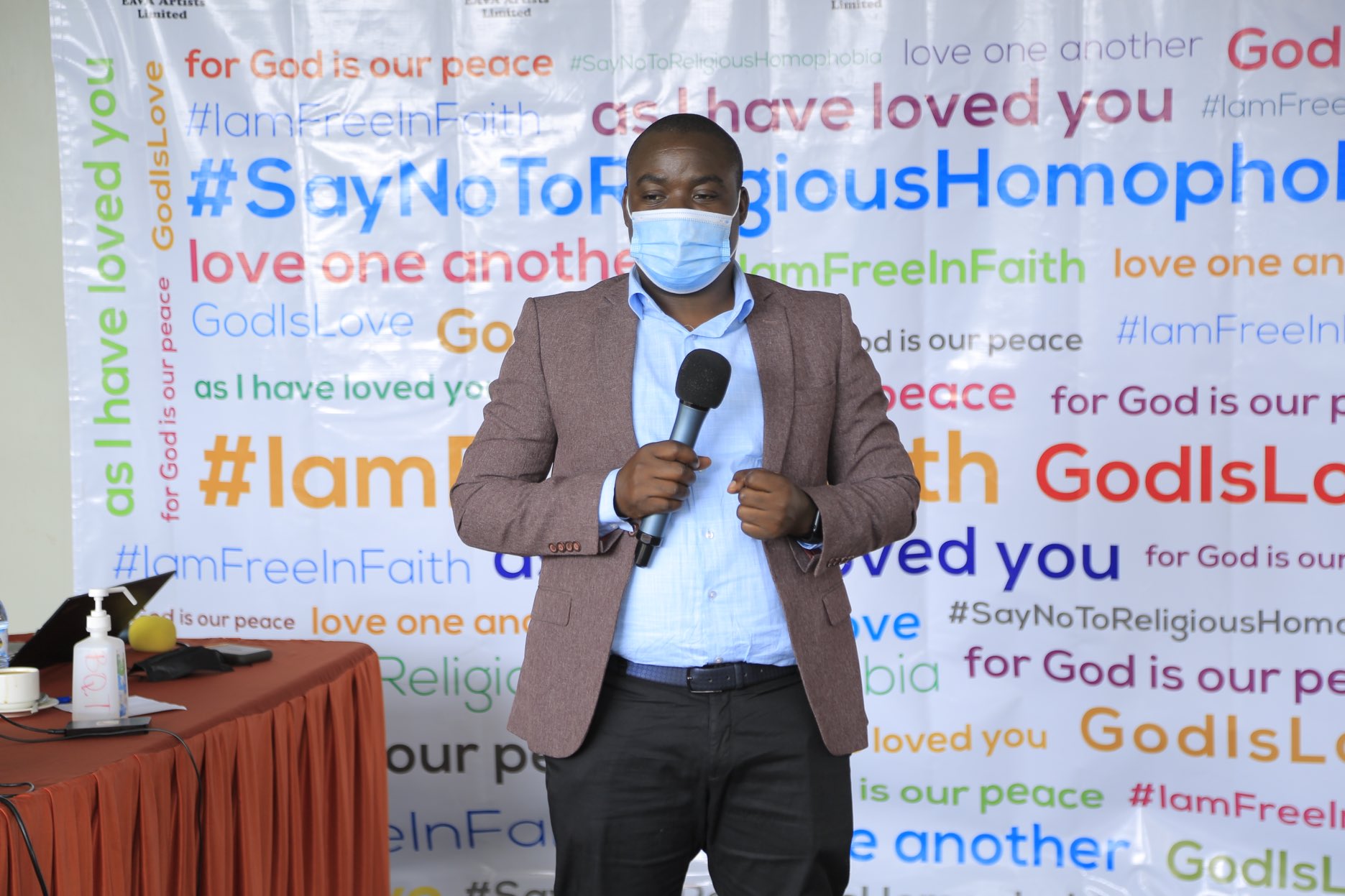