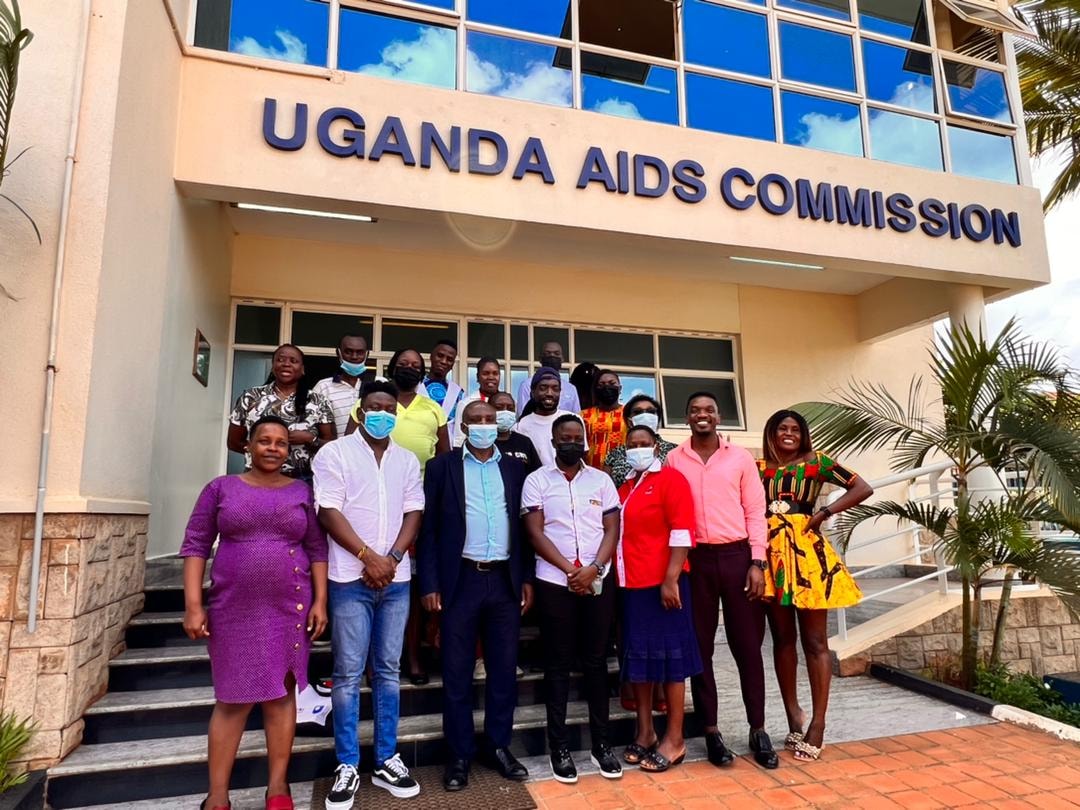 Some of the leaders of Uganda’s key populations community, which includes sex workers, after a meeting June 7 at the Uganda AIDS Commission. (Photo courtesy of UNESO)

The study was conducted last year by the Uganda-based Network of Key Population Service Organisations (UNESO) with support from UHAI-EASHRI and published in November 2022.

The study found that a variety of factors, including sexual violence and coercive state laws prevent sex workers from accessing sexual and reproductive health services.

These comments come from the introduction to the study:

“Sex workers in Uganda continue to experience a number of adverse sexual reproductive health outcomes, despite deliberate focus on HIV prevention among the key populations (including sex workers) in the national response.

“Important to note is that sex workers are not a homogenous group; they include a diversity of sub-groups (including females, males, transgender and LBQ sex workers) with varying SRH needs in spite of their intersectionality, including disability and people who use injection drugs among others.

“The criminalisation of sex work in Uganda is one of the most formidable barriers to SRH care, as it limits access to and use of health services on the part of sex workers. It also undermines their access to condoms, including the right to carry condoms and negotiate their use either independently or as part of the practice of using dual contraceptive methods. Criminalisation also undermines HIV testing, access to social services and support, and increases the incidence of HIV/STIs and physical/sexual violence. The harmful impacts of the criminalisation of sex work are compounded by other rights-violating laws and policies, including the criminalisation of HIV, and of same-sex relationships, which further exacerbate SRH inequalities among sex workers in their diversities.

“The unfavorable legal regime often discourages sex workers from seeking healthcare out of fear that they could be arrested by local authorities or police. This is coupled with the judgmental attitudes of health workers that further discourages sex workers from going for regular check-ups that would help to identify, treat or even prevent certain STIs, hence reducing the utilization of SRH services. Furthermore, there is uneven coverage of SRH services across the country while demand and access to the available services is further hampered by SRH information gaps, especially in the rural districts where many sex workers don’t know how and wh3ere to access the SRH services. Despite this appreciation, evidence on the actual context-specific SRHR issues affecting sex workers in Uganda is lacking. Moreover, the magnitude of these issues and their impact is not well known. Consequently, this limits the designing of appropriate SRH services for sex workers in their diversity.”

Joto La Jiwe, the author of this article, is a Ugandan correspondent for the African Human Rights Media Network. He writes under a pseudonym. Contact him at [email protected].