In southern Cameroon, a father who discovered his daughter’s sexual orientation has blocked her from attending her final year of school. 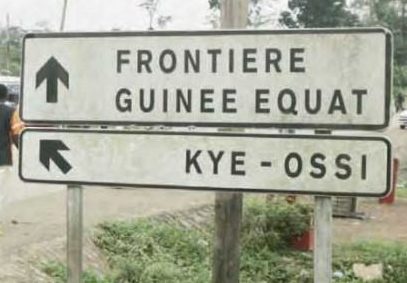 Road sign shows the way to Kyé-Ossi and to the border with Equatorial Guinea.

Eighteen-year-old Debo (a pseudonym) lives with her two parents in Kyé-Ossi in southern Cameroon.

She had long been suspected of having sex with girls, but her parents had stumbled on no irrefutable proof. Until this year.

In late August, Debo had been caught in the act while she was entertaining herself at a party. That news quickly spread to her family.

Her father was so angry that he refused to allow her to return to school when the new school year began.

On Sept. 3, her brothers and sisters went back to school, but Debo had to stay at home. She said:

“I thought it was just a temporary temper tantrum and that my father would come to his senses because I tried hard to get him to forgive me.”

Two weeks later, Debo returned to her father to beg him to let her return to school.

Instead of agreeing, he demanded to see Debo’s lover. Debo refused.

“I don’t know why I should do that. My partner will never agree,” she said.

At present, Debo is still barred from attending school and her father is still furious with her.

She doesn’t know what she will do.

These facts were reported from Kyé-Ossi by an human rights activist.