Popular Nollywood comic actor Charles Awurum has joined the pack of Nigerian celebrities who give their popularity a cheap boost by bad-mouthing homosexuals. 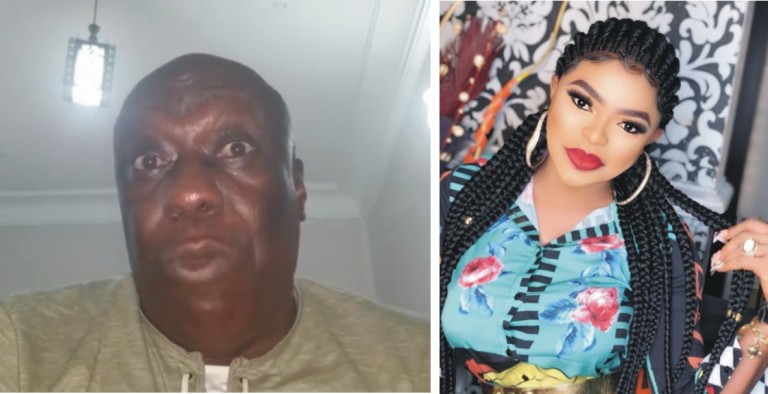 In Nigeria, where homosexuals are often seen as evil, celebrities frequently express their homophobia by speaking out against the LGBTIQ community, who already suffer many forms of human rights violations on a daily basis.

Recently, the actor went on social media to spew hateful things about homosexuals, which put his ignorance on display.

In a recent video shared with his thousands of followers on Instagram, the actor condemned actor Bobrisky for appearing feminine and for bleaching. He also criticized the producers who offered her a film role.

Bobrisky, who now identifies as a transgender, is featured in a soon-to-be released film titled ‘Bobrisky In Love,’ which she has been promoting on Instagram.

Speaking mostly in pidgin, Awurum sounded bitter and pained as he  accused Bobrisky of recruiting other young men into homosexuality.

What Awurum and many others fail to understand is that homosexuality isn’t a choice. It’s simply a sexual orientation and, as such, cannot be altered, which means that no one can turn a person gay. A gay person is a gay person all the way.