The prelate of the Methodist church in Nigeria has condemned a decision by the British branch of the Methodist Church in favor of allowing lesbian, gay, bisexual, transgender, intersex and queer [LGBTIQ] people to marry in the church. 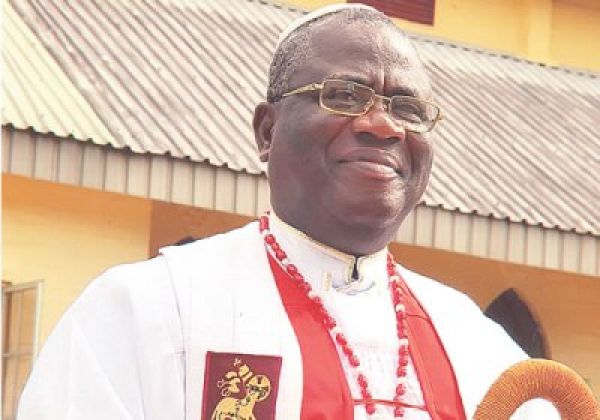 This is no surprise; homophobia in the church is not new, especially in Africa. Almost all churches in Africa refuse to accept that homosexuality is completely natural and a valid sexual orientation.

The assembly of Britain’s Methodist Church voted July 3 in favor of the principle of allowing same-sex persons to marry in the church. That will become the church’s official position if it is endorsed when the assembly meets again in 2020.

In reaction to the British Methodists’ decision, the prelate of the Methodist Church in Nigeria, Dr. Samuel Chukwuemeka Kanu Uche,  described the decision as pagan, un-African, unethical and therefore unacceptable.

At a press meeting in Lagos, he said:

“To our chagrin and disappointment, we read from the Church Times, which is a British publication, that the British Methodist Church has adopted in principle, gay marriage and have directed their ministers to join people in marriage. We, of the Methodist Church, see it as absurd, un-African, unscriptural, unethical, pagan, immoral, indecent and therefore, unacceptable behaviour by the people of Nigeria, and Africa.

“The British told us that polygamy, polygyny, and polyandry were bad, so why are they going back? Why are they becoming morally and spiritually depraved? If they go ahead to ratify it in 2020, that will be the straw that can break the camel’s back. We will sever relationship and connection with them and stand on our own.

“If they are no longer having moral fiber, they should invite us to come and re-Christianise them. We are ready to do that. We will send missionaries to them because we believe that this move is satanic and coming from the pit of hell.”

In contrast, he expressed his delight at a recent decision by an international assembly of the United Methodist Church. That assembly, where about 43 percent of delegates came from abroad, mostly from Africa, voted against same-sex marriage and against allowing ordination of gay ministers.

NoStringsNG reached out to home-based LGBTIQ activist Samuel Uchenna for his opinion about the news and the prelate’s comments.

Uchenna, who is the executive director of Levites Initiative for Freedom & Enlightenment, a Nigerian human rights organization working to reconcile faith and sexuality, said he strongly disagreed with the prelate’s statements. He cited several passages in the Bible to support his stand that a person can be both gay and Christian. He said:

“I sincerely disagree with the Prelate’s opinion. All humans, regardless of their sexual orientation or gender identity, are made in the image and likeness of God. According to Genesis 1:31, ‘God saw every thing that he had made, and, behold, it was very good.’ This confirms the words of Paul in 1 Timothy 4:4  — ‘Since everything God created is good, we should not reject any of it but receive it with thanks.’ ” (New Living Translation).

He called on Christians to accept gay people and to treat them as they treat every other person of faith.

“It is time for change in our churches and time for an honest acceptance of the differences within us on this issue, just as we do on other issues like sexual misconduct, religious discrimination or subjugation of women,” Uchenna said.