Zambia must shun the anti-gay politics of disgust

Zambia’s president has made homosexuality a campaign issue to distract attention from the fact that his people are starving, millions are living in poverty, and the nation is buried in international debt, says Zambian-American human rights researcher the Rev. Kapya Kaoma. 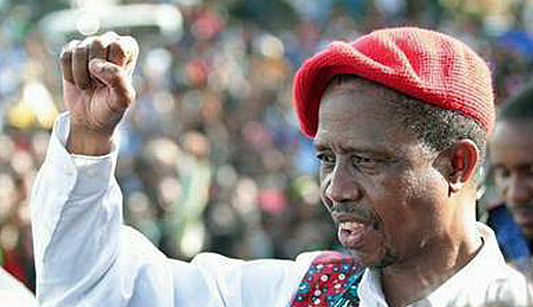 This commentary comes at a time when Zambian President Edgar Lungu of the Patriotic Front (PF) party has been campaigning for reelection by emphasizing his opposition to homosexuality. In particular, the essay responds to an unsuccessful motion by Zambian member of parliament Martin Malama to ban political parties that favor LGBT rights.

The motion targeted Hakainde Hichilema (HH), a repeatedly unsuccessful presidential candidate who leads the opposition United Party for National Development (UPND). HH allegedly took the position that LGBT Zambians have human rights. His party promptly denied those reports. despite its association with the African Liberal Network, which supports LGBT rights 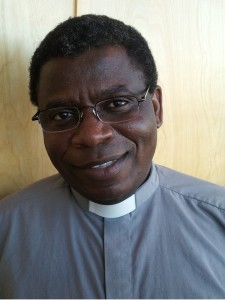 The Rev. Kapya Kaoma: “We have many policy issues to run on, and LGBTQI rights and freedoms are not among them.” (Photo courtesy of Political Resource Associates)

Hon. Malama’s private member motion seeking the ban on political parties and organizations that endorse Gay, Lesbian, Bisexual and Transgender (LGBT) rights in Zambia is part of the PF hymn of homosexualizing the UPND leader, a major political challenger to President Lungu and Hon. Malama. …

It is not by coincidence that Hon. Malama’s motion followed President Lungu’s denunciation of homosexuality as against Zambian and Christian values. HH joined the anti-gay hype, but little did he realize that, to the PF, his statement was useless. With things against PF, homosexualizing the 2021 elections would present the corrupt and inept Lungu administration as a Christian Party in contrasts to the UPND, which is liberal—thus gay-supporting — party. To the overt religious electorate, this contrast would be critical. 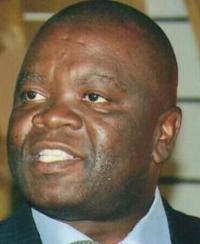 Hon. Martin Malama’s demands should not be taken lightly—they speak to the wider PF agenda of erasing freedoms of masses. This is not about UPND—the motion seeks to expurgate freedom of expression and association. I understand that most of us see nothing wrong with stopping advocacy on LGBT issues, but we should not cry foul when they come after other rights as well. We are a democracy, and people should have the rights of organizing without fear of state repression.

Hon. Malama’s anti-gay campaign is aimed at the UPND. Its effects, however, is felt by LGBT persons whose identity is demonized. This PF propaganda promotes what Ange-Marie Hancock calls “politics of disgust” — the political tendency to employ cues that enrage public disgust against a demonized social group. The PF, for instance, knows that Zambians consider homosexuality disgusting — thus by pairing it with the UPND, HH is forced to defend himself against such accusations.

The United Nations, the Commonwealth, and The African Commission on Human and Peoples’ Rights (ACHPR) are among the many organizations that protect LGBT persons.

Politics of disgust is not evidence-based but rides on perceived public negative assumptions about the shamed group. There is no evidence that gays have harmed our nation in any way. The PF propaganda, nonetheless, presents gays as the immediate danger to the nation. Yet, it is the PF’s promotion of the culture of corruption, lack of rule of law and politically sanctioned violence that THREATEN the nation.

Hon. Malama’s ignorance of sexual rights is enthralling, but not surprising at all. The Africa Liberal Network is not the only organization that supports sexual rights. The United Nations, the Commonwealth, and The African Commission on Human and Peoples’ Rights (ACHPR) are among the many organizations that protect LGBT persons.

Resolution 275 of the ACHPR specifically called for the “Protection against Violence and other Human Rights Violations against Persons on the basis of their real or imputed Sexual Orientation or gender identity.” Adopted at its 2014, 55th Ordinary Session in Angola, the resolution condemned the growing violence on sexual minorities by state and non-state actors. It cited “murder, rape, assault, arbitrary imprisonment” as among them many abuses directed on sexual and gender minorities. It further called for decriminalization of same-gender loving relationships as well as the holding of perpetrators of such abuses accountable. So why is the PF associated with the ACHPR?

Freedom of association and expressions are fundamental to good governance and the rule of law! The Zambian government, for example, is part of SADC [the Southern African Development Community]. Mozambique, Angola, Botswana, Namibia and South Africa support sexual and gender rights yet they still have sound relationships with the PF government. If President Lungu and HH benefit from these freedoms, so do LGBTQI persons. To rob them of these rights is not only unjust and undemocratic, but also sinful and immoral. 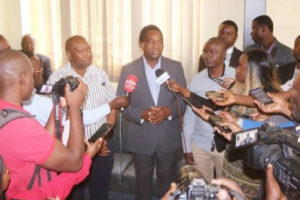 I wish HH supported sexual and gender rights, but he lacks the courage to stand up for what is morally right. Leadership demands standing up for what is right despite the assumed risks. Nelson Mandela was an African hero, yet he stood with sexual and gender minorities – making South Africa the first country in the world to endorse same-sex marriages. He may not have reflected African and Christian values as defined by Hon. Malama, but he died a hero. Indeed, leadership demands courage to walk uncharted terrains!

That homosexuality has become a PF campaign issue at the time when millions are living in poverty, electricity is a rare commodity, people are starving and the nation is buried in international debt points to what former US vice president Al Gore termed “an assault on reason” -– something contributing to the current socio-economic and political crisis. We have many policy issues to run on, and LGBTQI rights and freedoms are not among them.

Enough of this evil and shameful hoopla.

Loading...
Newer Post
Help us help Iheb and Rochdi, gay Tunisians imprisoned for who they are
Older Post
‘I thought I had conquered my gay side’: Nigerian gay model on marrying a woman