‘People should expect greatness’ in film about Nigerian women in love

In a NoStringsNG podcast interview, Nigerian actress Cindy Amadi defends “Ìfé”, the new and trending Nollywood film about two women who fall in love with each other. 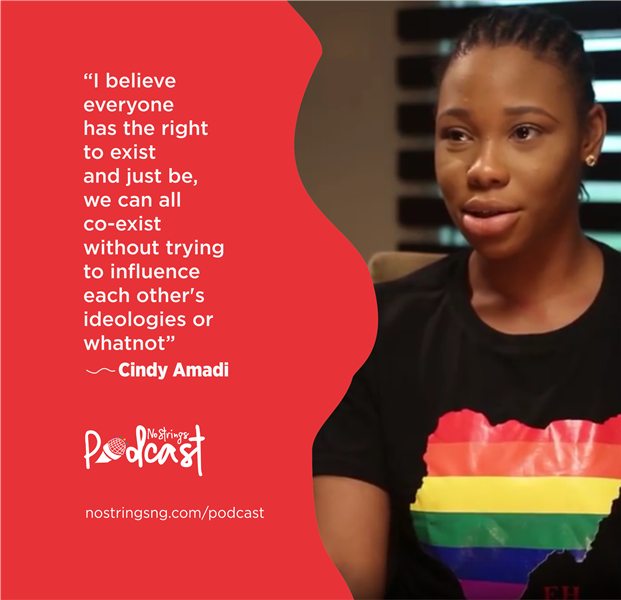 Promotional poster for the NoStringsNG podcast.

Amadi has harsh words for people who condemn the film for its portrayal of two women falling in love.

“They are hypocrites. Some just hate what they cannot understand and that’s OK,” she said. “But what isn’t OK is oppressing other human beings because you don’t agree with their opinions. I believe everyone has the right to exist and just be. We can all co-exist without trying to influence each other’s ideologies and whatnot.”

“Ìfé” is about 2 women, Ìfé (Uzoamaka Aniunoh) and Adora (Cindy Amadi) who fall in love over a three-day date.

To learn more about it, NoStringsNG interviewed Amadi on the NoStrings Podcasts.

Amadi who plays the role of Adora, a masculine-presenting lesbian, spoke candidly on the podcast about her time on set, her role, and the positive impact she hopes the film will have for LGBTIQ+ visibility and acceptance in Nigeria.

“People should expect greatness,” she said about the movie.

The film, which is currently unreleased, sparked conversations on social media about same-sex relationships and female homosexuality after the producer of the film, Pamela Adie, shared the film’s poster on Facebook.

To listen to the full podcast conversation, click HERE. (5.7MB)