LGBTQ Egyptians have a new tool to help them stay safe — Bedayaa’s “Road Codes” platform, which allows users to mark and share the location of incidents of homophobia, abuse, and violence. 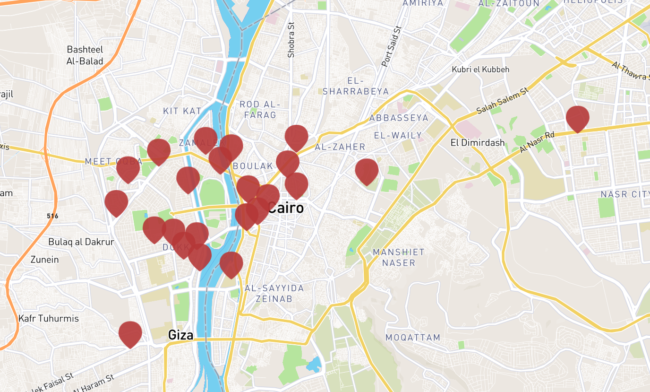 Red bubbles on the map indicate locations where LGBTQ Egyptians have been arrested or abused in public spaces. (Photo courtesy of Road Codes)

In late July, the Egyptian LGBTQ+ advocacy organization Bedayaa unveiled its latest interactive platform, “Road Codes.” The site, in Arabic and English, allows LGBTQ-identifying Egyptians to mark locations around the country where they have been arrested by police or harassed and assaulted in public spheres.

Users can anonymously submit reports of homophobic incidents to the platform, which are later uploaded to the map. The submission page asks questions about the reporter’s sexuality, gender identity, location, and type of incident.

Incidents appear on the map in a red bubble. When clicked, the red bubble opens to reveal details about the number of arrests, the date, and the type of incident. 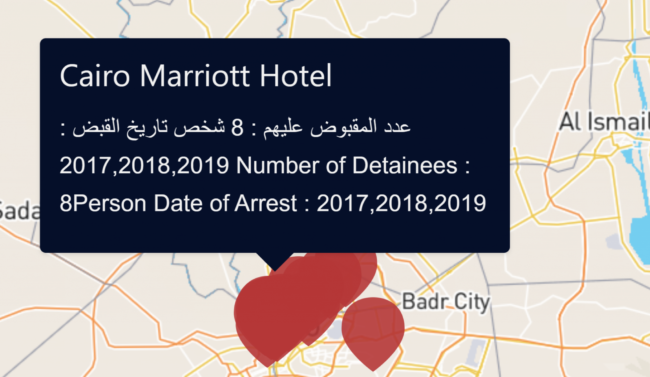 Incident reports on Road Codes show the number of detainees by police, the date of the incident, and other relevant details. (Photo courtesy of Road Codes)

Bedayaa hopes that the program can help LGBTQ+ Egyptians stay safe by avoiding dangerous and intolerant areas in different cities around the country.

The site also provides legal services — linked on the “Resources” page are Egypt’s Criminal Code, Constitution, and the contact information for health and legal centers.

Bridget Stauss, the author of this article, studies history and international relations at Amherst College in the United States.