Faith leaders from the United States and Uganda called upon churches in Africa to open their doors to LGBTQI persons at a virtual conference organised by the Adonai International Ministries, a Uganda based LGBTQI church, on 15 July 2021.

The up-beat conference brought together LGBTQ-affirming religious leaders, LGBTQI persons, human rights defenders and activists from all over the globe to discuss how religious advocacy work can address the challenges affecting the LGBTQ persons in Africa, where religion and culture are used as a tool to silence their voices and encourage human rights violations.

Fr. James Martin from the United States urged the world to pray for all those who work in African countries and in African churches to show God’s love to LGBTQ people. The Jesuit priest is one of the best-known Catholic advocates for LGBTQ dignity.

Following the 2017 publication of his book Building a Bridge: How the Catholic Church and the LGBT Community Can Enter into a Relationship of Respect, Compassion, and Sensitivity, Martin has spoken at events worldwide — and even to Pope Francis — about advocating for more compassionate treatment of the Catholic Church’s LGBTQ community.

Pastor Ram Gava, the conference convener and head of AIM, explained why religious tolerance and advocacy matters to LGBTQI persons in Africa.

“Religious advocacy is significant to addressing the challenges affecting LGBTQ persons in Africa. Let’s make the Church a home for everyone by opening widely the Church gates for the LGBTQ persons to have their right to worship exercised,” Gava says.

He says he is a living testimony of an LGBTQI person who found peace and love in the Church. 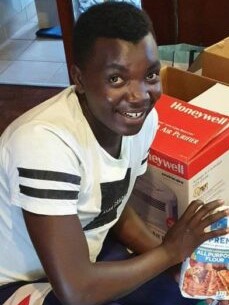 “I have been there and I have overcome. I’m sure sure you too can. Due to my sexuality, many took me to be sick in mind. I was given lots of provoking names. I was rejected by family and friends. I’m sharing this to help somebody going through what I went through. Though I was depressed and oppressed, at the time when I was about to give up on life, God’s voice that spoke to my heart, that voice I heard within me that was so soft and tender that asked me to look onto Him alone, saved my life from death.

“I was saved for a purpose to share love to the depressed and oppressed LGBTQ persons who are rejected and condemned by society and church, termed as sinners.

“With much confidence I want to say to all my LGBTQ brothers and sisters, we are loved, accepted and welcomed to God’s kingdom. Give no time to any message of hate and believe a message that says you are important, loved and good enough.

“Don’t give up on yourself, your God understands you and He celebrates your existence. Don’t be troubled. Believe in God. Don’t accept to live in fear of punishment. Come and find rest in Him. Adonai International Ministries-AIM is opening its doors widely for you to come, seek and find rest in the Lord,” Gava says.

Bishop Joseph Tolton, Executive Director of The Fellowship Global (TFG) based in the United States, also spoke at the conference. Tolton designed TFG primarily to provide pastoral care for LGBTI people and progressive communities of faith in hostile climates around the world. They have established partnerships and social justice groups in Kenya, Uganda, Rwanda, Zimbabwe, Cote d’Ivoire, Mexico, the Caribbean, and Asia.

He says that whatever life LGBTQI people are living, hard or easy, they should preach love and keep doing good. 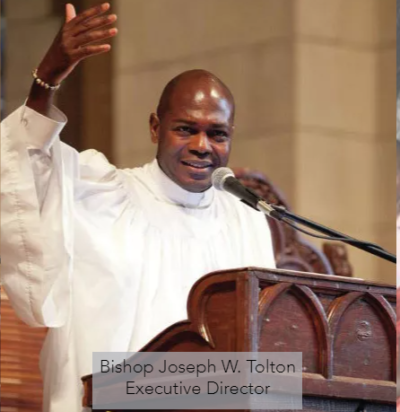 Stan JR Zerkowski from the LGBTQI Ministry Diocese of Lexington in the US urged the LGBTQI community in Africa to keep praying, trusting and serving God’s people.

“There will be a break through. We are praying for you and with you,” Zerkowski said.

John Victor Muwonge, a participant from Uganda, called upon the LGBTQI community to unite and be willing to engage with those who want to learn more about the community.

“The devil thrives on weakness and ignorance,” Muwonge says. He says many people hate LGBTQI persons because they do not know them. 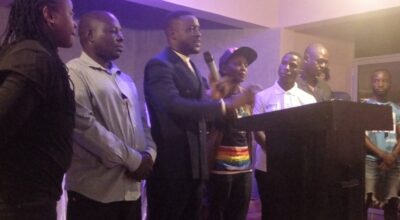 The cooperation with American Christian ministries on acceptance of LGBTQI people is a radical shift from the work of previous American Christian endeavours in Uganda, which sought to demonize LGBTQI people. Notoriously, the American anti-gay Church leader Scott Lively promoted homophobia in Uganda and helped push the “Kill the Gays” bill that in its original form would have seen the death penalty enforced against gay people. The bill was first introduced in 2009 and passed into law in 2014, before being struck down by the Constitutional Court of Uganda on procedural grounds. Lively’s influence on local homophobic churches have also been cited in frustrating the fight against HIV/AIDS among LGBT people.