Human rights defenders in Uganda have launched a lecture series in memory of David Kato, the Ugandan human rights activist and teacher who was murdered eleven years ago in a homophobic attack. 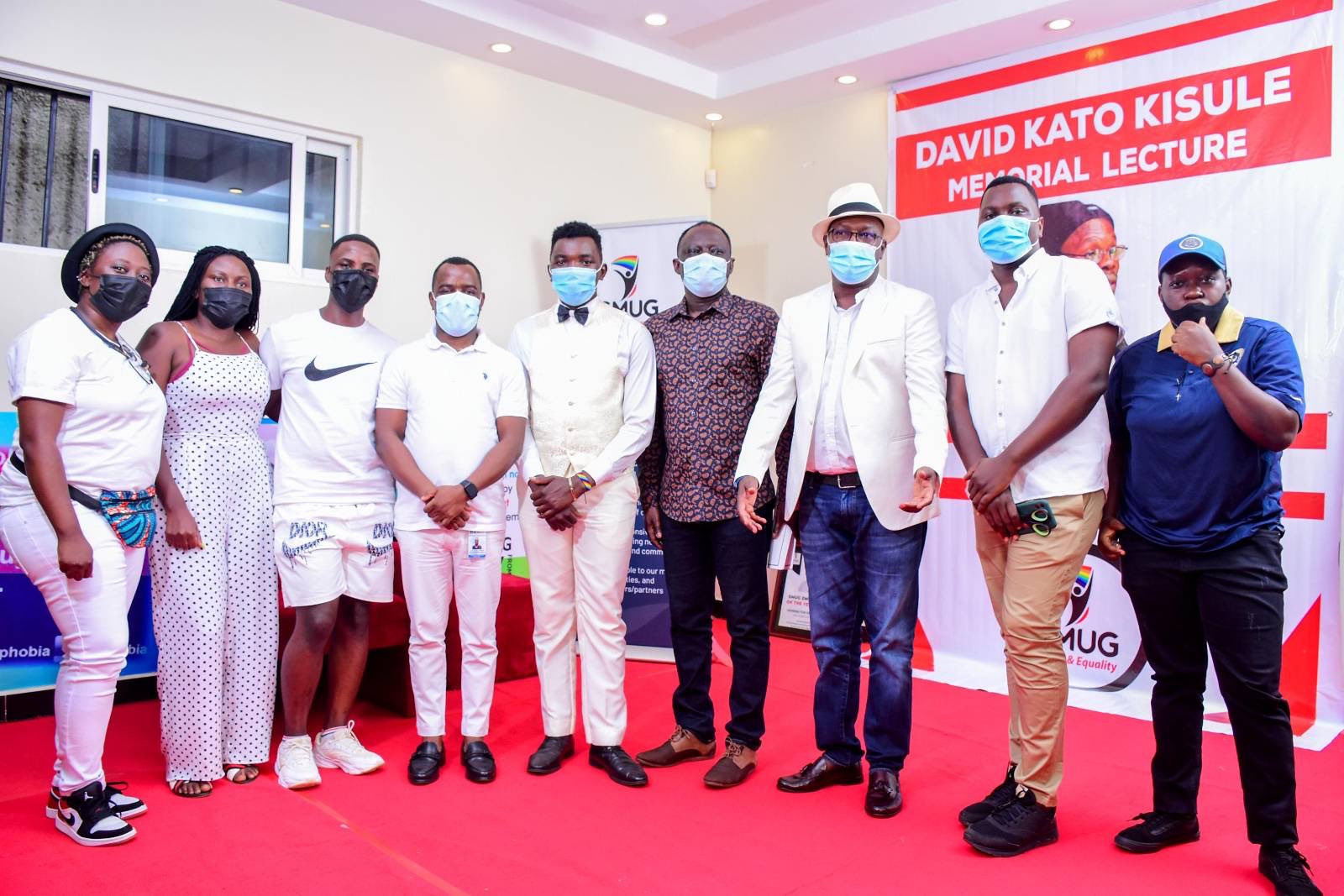 Human Rights Defenders at the Jan 26 Kuchu Remembrance Day in honor of LGBT people killed, which marked the launch of the David Kato Memorial Lecture in Kampala. (Photo courtesy of Frank Mugisha)

The future “David Kato Memorial Lectures” were launched on 26 January 2022, during an event in Kampala organised by Sexual Minorities Uganda (SMUG).

Hassan Shire, executive director of Defend Defenders, and Clément Nyaletsossi, United Nations Special Rapporteur on the Rights to Freedom of Peaceful Assembly and of Association, officiated.

Jan. 26, the anniversary of Kato’s death, has been commemorated by Ugandan LGBT people since 2020 as Kuchu Remembrance Day, a day to remember the lives of LGBT activists who have been killed because of their activism and sexuality.

David Kato was considered a father of Uganda’s gay rights movement and described as “Uganda’s first openly gay man.” He became highly involved with the underground LGBT rights movement in Uganda, eventually becoming one of the founding members of Sexual Minorities Uganda (SMUG) in 2004.

On 26 January 2011, Kato was murdered in his home in Bukusa, Mukono Town, by a man who hit him twice in the head with a hammer. Kato died en route to hospital. Nsubuga Enoch, the man who confessed to murdering Kato, was found guilty at Mukono High Court and sentenced to 30 years with hard labour on 10 November 2011.

In October 2010, Kato was among the 100 people whose names, addresses, and photographs were published by the Ugandan tabloid newspaper Rolling Stone in an article which called for the murder of homosexuals. Kato and two other SMUG members who were listed in the article – Kasha Nabagesera and Pepe Julian Onziema – sued the newspaper to force it to stop publishing the names and pictures of people it believed to be gay or lesbian. The petition was granted on 2 November 2010, and the court later ordered the newspaper to pay Kato and the other two plaintiffs 1.5 million Ugandan shillings each (approx. US$450 as of May 2012).

Giles Muhame, the paper’s managing editor, was defiant at the time.

“I haven’t seen the court injunction but the war against gays will and must continue. We have to protect our children from this dirty homosexual affront,” Muhame said of the court’s decision against his paper. 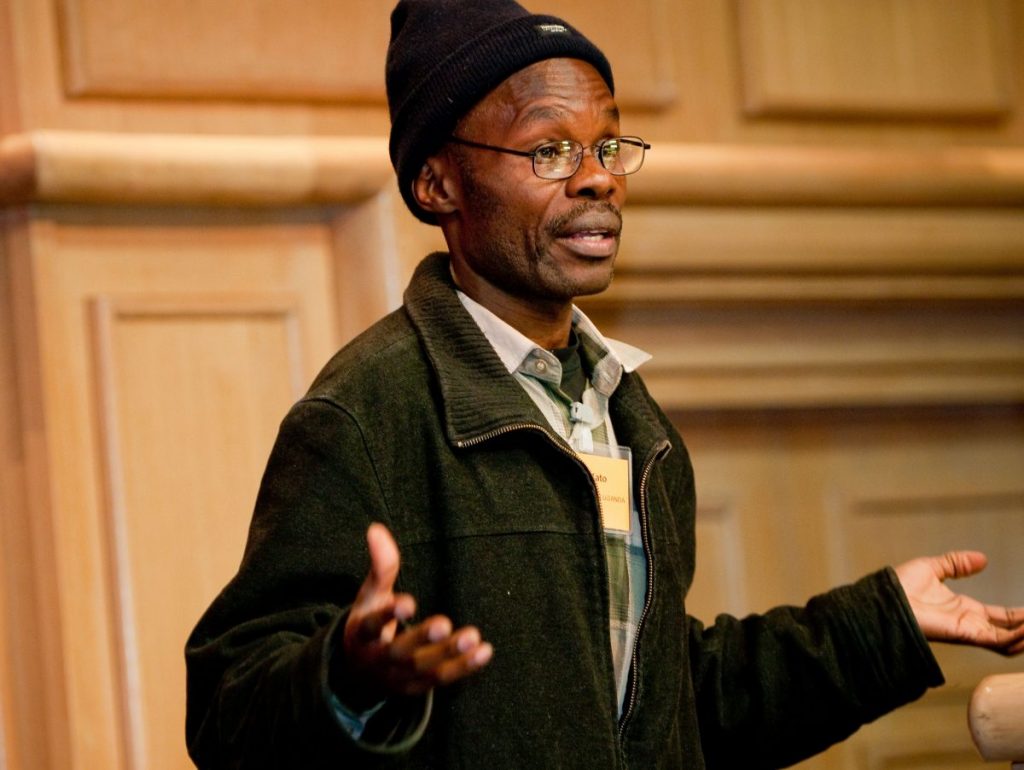 David Kato was murdered 11 years ago, only three months after a Ugandan tabloid had published his name, picture, and address with an incitement to murder homosexuals. (Photo courtesy Sexual Minorities Uganda)

In memory of him, his former colleague, Frank Mugisha, the executive director of SMUG, released a video on Twitter in which he pays him tribute.

“The memorial lecture will bring out the core values that Kato stood for,” Mugisha says.

In a tweet about the David Kato memorial lectures, SMUG writes:

“It’s been 11 years since we lost David Kato due to homophobia and transphobia. Today we remember and celebrate the life of a remarkable man, an outstanding Human Rights activist.”

This article was corrected on Feb. 28, 2022, to indicate that SMUG organised the event, with Hassan Shire and Clément Nyaletsossi officiating as SMUG’s guests rather than organising the event themselves.