Health Care Cameroon (HC²), an organization that serves men who have sex with men (MSM) in the city of Bafia, Cameroon, was crowned winner of the second annual Advocacy Competition hosted by ALTERNATIVES Cameroon on Dec. 5-9 in Yaoundé, beating nine other regional organizations representing Cameroon’s ten regions. 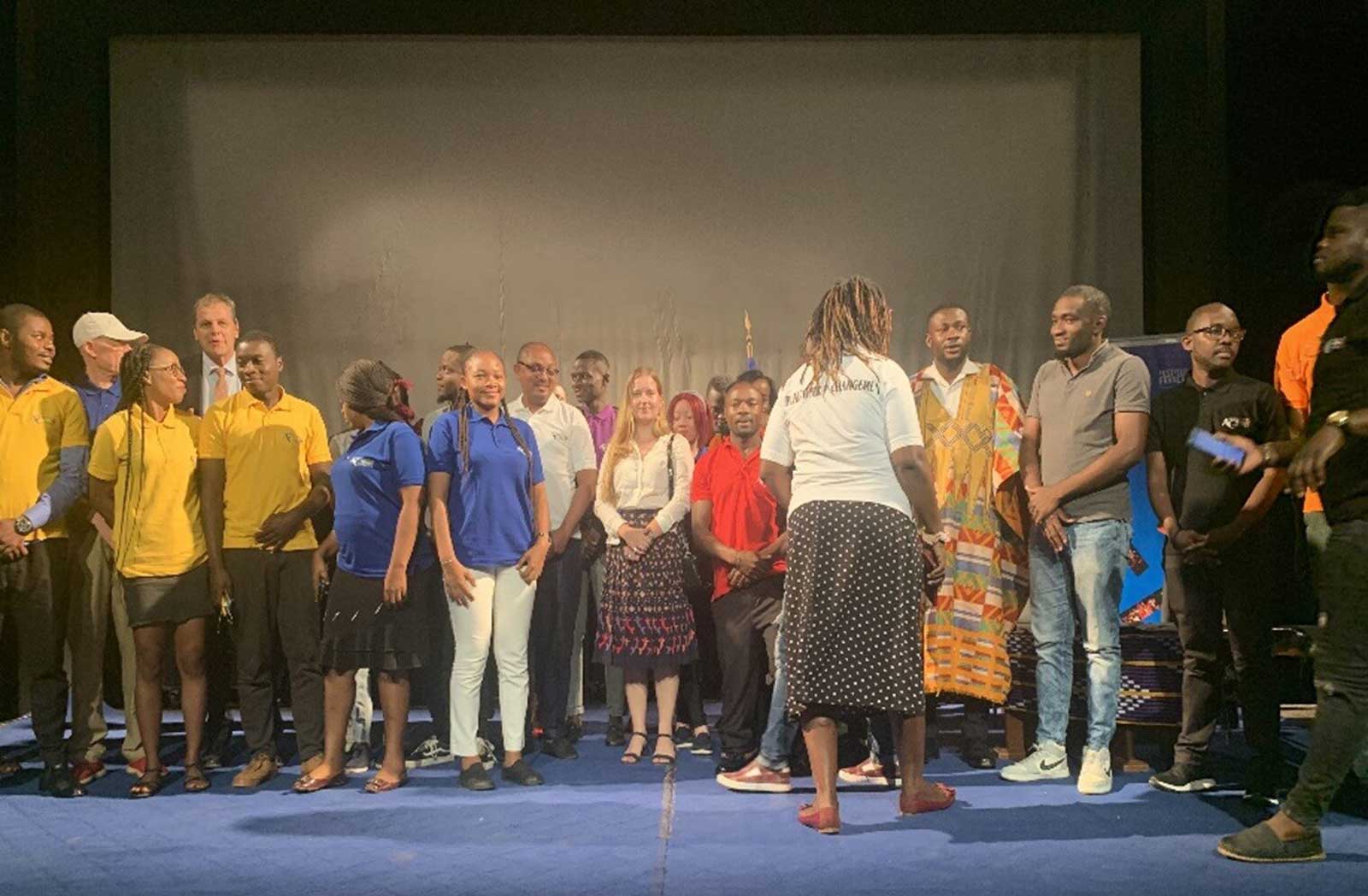 Contestants at the second annual Advocacy Competition hosted by ALTERNATIVES Cameroon at the French Institute in Yaoundé, Cameroon, on  Dec. 9.

The Advocacy Competition was organized to help young, identity-based organizations to improve their working strategies, and especially to encourage shared efforts. The participating organizations also received technical support and advocacy training at the event.

The competition is based on the observation that in Cameroon, key populations — a term used to describe people at increased risk of HIV infection — face numerous human rights violations.

According to the report made by the UNITY platform, a coalition of human rights organizations, the number of violations is increasing. In data collected by ALTERNATIVES Cameroon, total violations went from 578 cases in 2017 to 4,116 cases in 2021. These data only take into account men who have sex with men (MSM) and transgender people, excluding violations affecting sex workers and injection drug users, who are also among key populations.

Human rights defenders have committed to carrying out advocacy actions for the protection of the rights of vulnerable groups, such as LGBTI people, women, youth, adolescents, drug users and sex workers. However, as these associations are scattered across the country, there is a lack of cohesion among these advocates.

Last year, ALTERNATIVES Cameroon took advantage of World Human Rights Day on Dec. 10 to organize an activity to promote the best human rights advocacy. The first edition was a great success, and for this edition, it extended the event to the national level to allow more associations to participate.

The 10 participating organizations were:

Among the members of the jury were: Jean Jacques DISSOKE, Joseph MESSINGA and Maitre ABOA Stéphane. The organizations were challenged to present the jury with advocacy on the following topics:

After the first round of presentations, the jury recommended to participants that teams should improve the terms they use to elaborate their advocacy, and that advocacy should not only consist of complaints, but be able to identify the problem, the issue and the goal. The jury also focused on the choice of allies, their role, the choice of activities to be carried out, and the precision and conciseness in the formulation of the message..

At the end of these presentations, the jury advanced Colibri, HC², 2HRC, DMF and AJSGA to the semi-final round, where HC² and DMF were selected for the final. In the end, HC² was crowned the winner.

The Advocacy Competition was hosted at the French Institute with the support of the European Union, the German International Development Agency (GIZ) and the French embassy’s Cooperation and Cultural Action Service.