Members of the gay community in Nigeria are excitedly anticipating the release of a new film that people believe has captured the true experience of life for gay men in Nigeria.

The new film ‘Walking With Shadows’ is based on an award-winning 2005 novel of the same name by Jude Dibia.

The Initiative for Equal Rights [TIERs], a Lagos-based human rights organization, together with Oya Media, a Lagos/London based multimedia production company owned by Funmi Iyanda, teamed up to bring the idea to the screen.

Iyanda is a popular Nigerian talk show host and blogger best known for her now defunct show ‘New Dawn With Funmi’ on which Nigerian-British LGBT human rights activist Bisi Alimi came out publicly as gay in 2004. 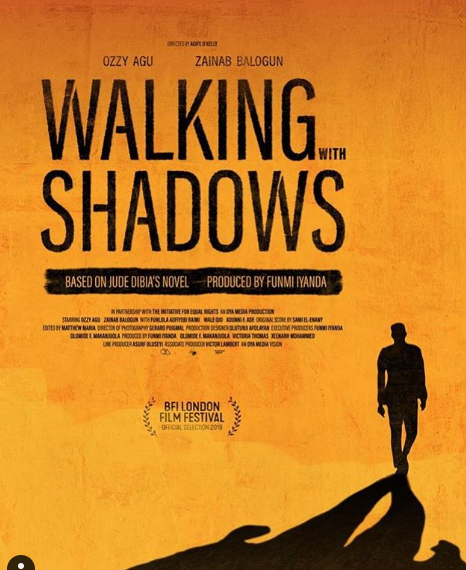 Set in the city of Lagos, Nigeria, Ebele Njoko has been running all his life. A search for acceptance and love from his family has led him to recreate himself as Adrian Njoko. respected father, husband, and brother. Suddenly, Adrian’s past and secrets have caught up with him.

His world begins to crumble as he frantically tries to control the ripple effect of those revelations.

The film is already starting up conversations about homosexuality and other sexuality-related issues on social media, where Nigerians are comparing it to films such as ‘We Don’t Live Here Anymore’ ‘Hell or High Water’ and ‘Everything In Between’ — all produced by TIERs.

Some members of the LGBT community have expressed  disappointment about those earlier films, saying that they failed to fully capture the experience of gay life and gay struggles in Nigeria. But even those critics are optimistic that the new film will meet their expectations.

The film is scheduled to have its world premiere in October during the 63rd BFI London Film Festival.