We haven’t forgotten about you. That’s the word to the LGBT community in Uganda, even though the latest national HIV impact survey contains no data about how the epidemic is affecting LGBT people or other at-risk populations. 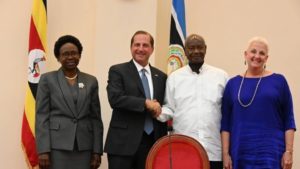 The United States Embassy in Uganda has moved to calm fears among local homosexuals and health rights activists that the latest exclusion of LGBT persons and Key Population groups in a jut-released national HIV impact survey report was not intentional discrimination.

This follows the release of the Uganda Population Based HIV Impact Assessment (UPHIA) report
released October 01 in Kampala.

The report was funded by the U.S. President’s Emergency Plan for AIDS Relief (PEPFAR) through the US Centre for Disease Control (CDC), under the terms of cooperative agreement #U2GGH001226.

It was compiled by Uganda’s Ministry of Health as the lead government institution. Similar reports are being compiled in 14 other PEPFAR focused African countries. Six of the reports have been completed in : Uganda, Lesotho, Swaziland, Malawi, Zimbabwe and Zambia. All those PHIA country progress status/reports can be accessed here.

PEPFAR Uganda has however made a disclaimer in the Uganda report that “The findings and conclusions are those of the Authors (Uganda’s Ministry of Health) and do not necessarily represent the official position of the funding agencies (PEPFAR through US Centre for Disease Control).”

UPHIA offered household-based HIV counseling and testing, with the return of results and referral to clinics for those who tested HIV positive, and collected information about the uptake of HIV prevention, care, and treatment services in the country.

The survey estimated HIV incidence, viral load suppression (VLS), and the prevalence of HIV,syphilis, and active hepatitis B virus infection at a population level. It is the first in Uganda to measure population-level VLS. The results provide information on national and regional progress towards control of the HIV epidemic.

LGBT missing in the UPHIA data

The report signed by anti gay Ugandan Health Minister Ruth Aceng did not allow for the estimation of HIV disease burden among key populations (men who have sex with men, or MSM; sex workers; fisher-folks; uniformed personnel; and injecting drug users).

This raised concern given that UPHIA is to be used as a foundation for the review of key national policy documents and HIV programming in Uganda, including the Marps Action Plan and National HIV/AIDS Strategic Plan 2015/2015-2019/2020 as discussed on Erasing 76 Crimes blog recently.

Amy E. Cunningham, the PEPFAR Uganda country coordinator, told Erasing 76 Crimes in Kampala that the number of key population responses during the assessment “were too small to make any generalizable conclusions about the HIV epidemic in these populations in Uganda.” 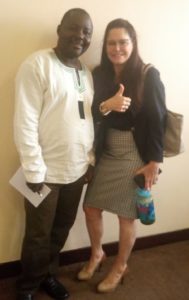 She however acknowledged that there is a need to “conduct targeted integrated bio-behavioral surveys (IBBS) for key populations in Uganda in the near future to fill these data gaps.” There has been similar IBBS in Asia. See: https://www.aidsdatahub.org/taxonomy/term/214

Here is the statement from the US Mission in Uganda to 76crimes:

Thank you for your interest in the Uganda Population Based HIV Impact Assessment (UPHIA) and the data it generates to support HIV programming in Uganda. As you noted, UPHIA did not allow for the estimation of HIV disease among key populations. This is because by design, the survey was a cross-sectional representative population in the entire country. The number of key population responses were too small to make any generalizable conclusions about the HIV epidemic in these populations in Uganda.

However, we recognize the need to have granular data on the HIV disease among key populations in Uganda, as they are disproportionately affected by the disease. These data are better generated from focused key population surveys that provide more accurate estimates, such as the recent CRANE survey at Makerere School of Public Health. PEPFAR Uganda is also planning to conduct targeted integrated bio-behavioral surveys (IBBS) for key populations in Uganda in the near future to fill these data gaps.”

Why the local unease with the U.S. now:

There is growing unease among health rights activists in Uganda about some anti-gay American politicians’ proposals to limit LGBT rights, which have implications on access to health care.

Local activists fear that since the US is the majority funder of Uganda’s national HIV/AIDS response, lives may be lost because of resistance to LGBT rights by the Trump administration.

U.S. rhetoric favoring discrimination against its LGBT citizens has implications for recipients of its overseas foreign aid.

US Secretary Azar visited Uganda in September this year and met homophobic Ugandan leaders including President Yoweri Museveni and health Minister, Ruth Aceng, a move that was interpreted as emboldening Ugandan leaders’ anti-LGBT discrimination, including opposition to the right to health.

Mr. Azar’s remarks at the U.N. against sexual and reproductive health came immediately after his departure from Uganda, where he avoided meeting civil society groups. 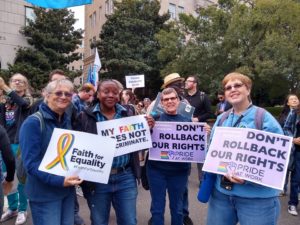 Warry Senfuka, lesbian human rights defender and executive director of Freedom and Roam Uganda (FARUG), second from left, demonstrates outside U.S. Supreme Court in Washington on Oct. 8 about attempts to limits civil rights to its LGBT citizens, and exporting anti-gay sentiments abroad in its development aid.

Ugandan Health rights activists who have closely been following the UPHIA process have been urging the United States to explicitly support the rights to health in its overseas development aid, including homosexuals’ rights to health.

In a civil society statement to mark World Aids Day 2017, following the release of preliminary results from UPHIA data collection, the advocates also called for an end to depletion (stock outs) of HIV drug supplies and expansion of community-based support for adherence to HIV containment protocols.

Another cause for concern is the latest revelation by Ugandan government officials including from institutions that collaborated in the making of UPHIA that they do not consider key populations data like the Crane survey report to be official data.