For the first time in the history of Nigeria, LGBTIQ+ human rights activists and organizations working for the advancement of LGBTIQ+ equality will be honored for their bravery, work, and inclusiveness. 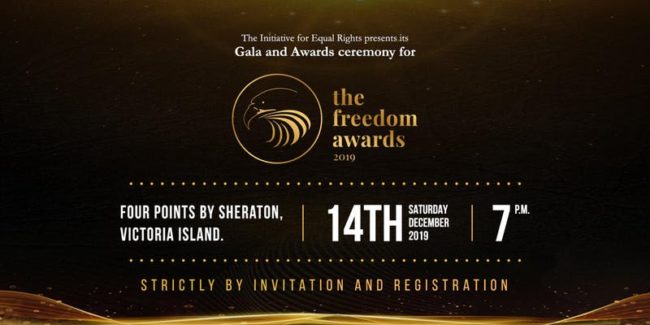 Despite harsh laws against homosexuality, over the years, Lesbian, Gay, Bisexual, Transgender, Intersex and Queer [LGBTIQ+] human rights activists have been working relentlessly to promote the social inclusion of LGBTIQ+ people in Nigeria.

However, they are often neglected with no official recognition, neither have they ever been formally celebrated for their work.

That is about to change, thanks to the new Freedom Awards organized by The Initiative for Equal Rights [TIERs], a non-profit human rights organization in Lagos, Nigeria.

Nominations opened and closed last month in the categories of Rights Activist of the Year, Young Activist and Ally.  Awards will be presented to individuals, organizations, agencies, and brands working to create an equal society free from discrimination and marginalization.

The Gala and Awards Ceremony will hold at Four Points by Sheraton at 7pm in Lagos on Friday, Dec. 17.

The event will include a celebrity auction to raise funds for TIERs’ human rights work. Celebrities who have been announced to be at the event include professional celebrity photographer Eric Etie and award-winning actress and filmmaker Ashionye Michelle Raccah.