A self-righteous Ugandan national living in the Middle East has released an excruciatingly homophobic online rant blasting Ugandans and other Africans for engaging in adult consensual same-sex intimacy in Arab countries where they are earning money doing odd jobs.  Those workers, called kadama in the Lugandan language, are put in danger when they are outed in majority-Muslim countries where same-sex activity can be punishable by the death penalty and where they often are subjected to homophobic violence and state surveillance. 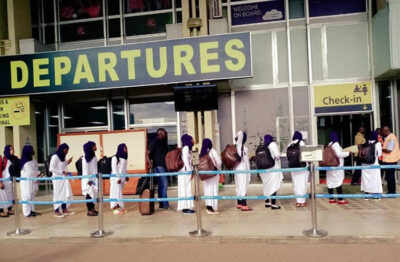 Ugandan nationals check in at Entebbe International Airport, bound for the Middle East.

In her video, Ms. Shiearah Arditah criticizes Ugandans, Kenyans, Tanzanians and Nigerians. This outing comes at a time when the Kuwait government has summoned the top official of the U.S. Embassy to protest the display of the gay pride flag and tweets in  support of LGBTQ rights.

In the video, recorded in her native Luganda language and posted June 2, 2022, Arditah says she is alarmed  and disgusted by an increase in the number of Black Ugandan and other African women indulging in same-sex intimacy.

She then says she is angry. “What  a shame, Ugandan ladies,” she exclaims on the video.

Instead, she champions abstinence.

The video had been seen by over 700 people on  Facebook alone by mid-day June 6, 2022.  In the video, she then suggests that, if outed, the women could be jailed.

This is not the first video that she made. In a video posted May 4, 2022, Arditah claims that same-sex lovers are devil worshipers and agents of an underworld deep state that use drugs.

She added in one of her videos that the women in the leaked videos complain to officials in labor-exporting countries and at labor-exporting companies when their bosses forcefully make sexual advances on them.

According to government data, about 12,000 Ugandans travel to the Middle East annually in search of employment. Data  from the Ugandan Ministry of Gender, Labour and Social Development, under which labour externalisation is supervised, indicate that the number of Ugandans seeking employment in the Middle East has been growing since 2010,. That region has become one of the biggest providers of labour opportunities and sources of remittances sent back home. 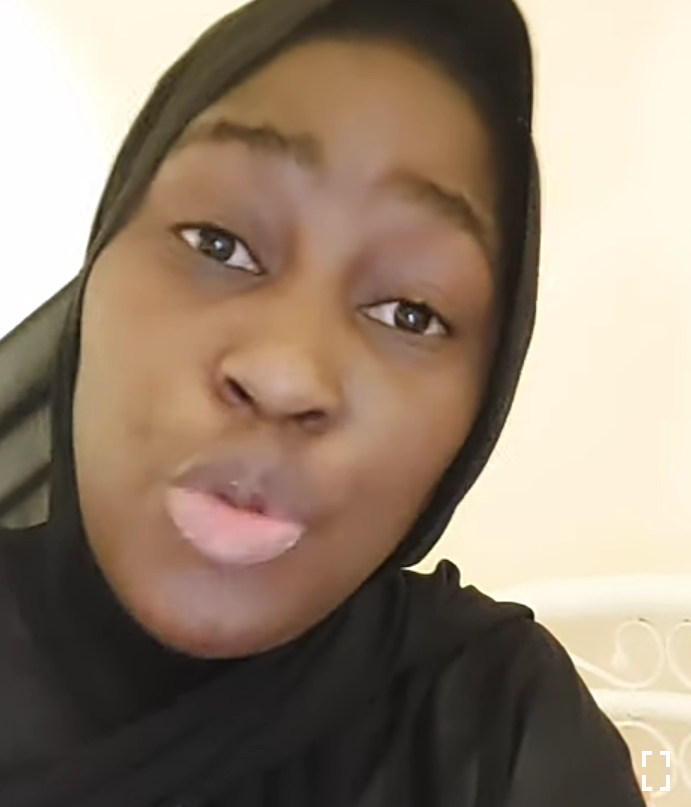 There’s growing concern locally about the plight of migrant Ugandan workers to the Middle East.  Recently, a Ugandan national, Monica Karungi,  jumped off a building in Dubai and died instantly. Monica threw herself off a seventh-floor window of the Al Fahad building in Dubai. She is said to have been living in Dubai as a student while also working informal part-time jobs.

In a story first published by Atinkanews, videos from Monica Karungi’s Instagram account showed a brighter side of the Instagram model who seemed to be enjoying a fancy and untroubled life in Dubai. Arditah claims that Karungi was bisexual.

Her gruesome death was captured  by onlookers who later posted it on social media, leading to a public stir over the effects of alleged labour and sexual exploitation of African women in Dubai.

According to a Ugandan Ministry of Gender report focusing on externalisation of labour between 2010 and April 2021, the number of migrant workers tripled during that period. The number stood at 9,967 in 2010 with majority of them going to Iraq, Afghanistan and United Arab Emirates. The total increased to 28,233 by the end of April 2021.

The huge growth in 2021, which was captured just four months into the year, according to official data, was due to returnee migrant workers, who had sought to return to either complete their contracts that had been disrupted by the outbreak of Covid-19 or to seek new employment opportunities. According to an article in Uganda’s The Monitor,  the most popular destinations for Ugandan workers has shifted, with majority now going to Saudi Arabia, United Arab Emirates and Qatar.

Somalia also takes a substantial number, which in the last 12 years has received 3,445 migrant workers.

According to government data, at least 98 percent of migrant workers to the Middle East, which currently stands at 140,402, are employed as casual labourers with only 0.2 per cent holding professional jobs, while 1.8 per cent work in semi-professional placements.

Migrant labor export, especially to the Middle East, has played a key role in the growth of Uganda’s remittances, earning the country more than $500 million in 2019.

According to the Bank of Uganda in 2019, remittances earned Uganda $1.21 billion, boosted by receipts from labour exports to the Middle East.

President Yoweri Museveni recently, while speaking during celebrations to mark International Labour Day, surprised Ugandans when he castigated labour exporters, saying he does not believe in labour export, urging Ugandans to concentrate on industrialisation, information and communications technology, services and agriculture to create mass employment.